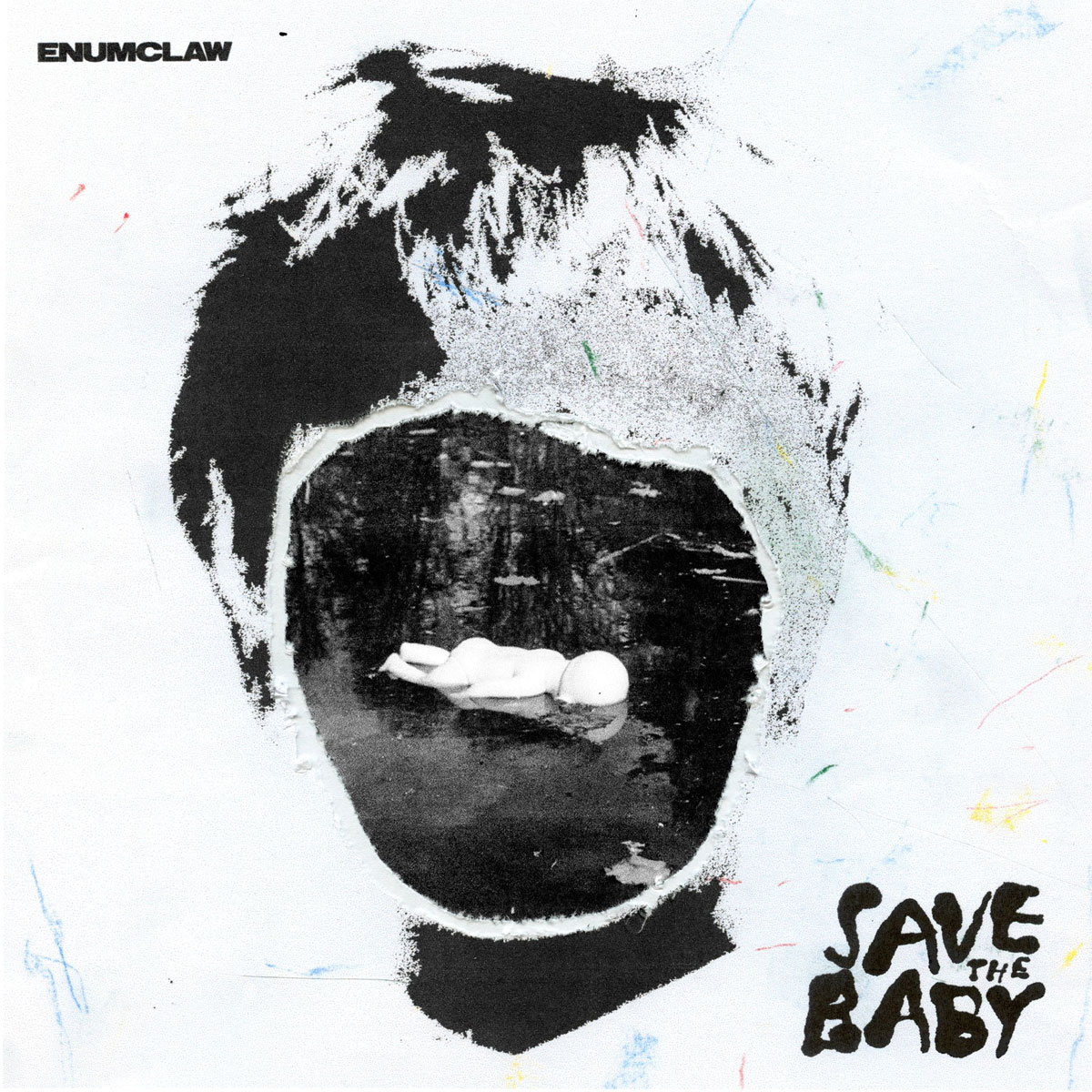 Enumclaw: Save the Baby

I admittedly have no idea how to pronounce “Enumclaw.” It’s not a band name I’d say out loud. Neither to tell folks about their debut album, Save the Baby, nor to remark, “Enumclaw is my favorite band!” Because the record feels kind of insular and headphone-y, if that’s a thing. Neither a banger, nor something I’d ask my guitar teacher to teach me. And also because this isn’t my — or probably anyone else’s — favorite band. Because I don’t get the sense they aspire to be. I mean, I suppose every band wants to be everyone’s favorite band. But these aren’t desperate rock star like The Killers, people. Even if in a pre-release interview they apparently said they’re going to be “bigger than Oasis.” Ok, dudes, slow your roll.

No, Enumclaw are not going to be packing Wembley as a straight-ahead indie rock band. Writing the kind of off-kilter rock songs that one might find on an obscure Sebadoh b-side. The visual of the band — especially lead singer Aramis — is… surprising. Not that it’s not becoming more common these days to find black dudes fronting indie rock bands, but in particular his bushy mustache and mature-looking face gives off someone’s-uncle vibes that are just unexpected. I suppose it’s just my biases that expected — especially given the fact the band is from the Pacific Northwest — some stringy-haired stoner type to be belting the slightly out-of-tune, slacker warbles that lead most of their tracks. Shame on me.

And while the band sounds like a lot of late 90s indie rock, there is something more unique in the production that hints at a bit of modernism and pop sensibility that those bands either missed, ignored or straight eschewed. Tunes like “Park Lodge” that employs some sort of verging-on-electronic sheen (but doesn’t tip over into that nonsense) and also has some background pop stuff that almost sounds like the swell of a Madonna song I can’t quite put my finger on. The album’s lyrics are kind of a generic emo variety. Some are even a bit cringey, but as a non-lyric guy maybe I’m missing some deeper meaning that I don’t quite get. The song “Blue Iris,” as an example, rhymes in a really predictable way that feels like maybe the author was stuck without his rhyming dictionary that day. Leaves don’t “turn blue,” my man. But I suppose “blue” rhymes with “you,” so…

Despite the singer’s cadence and rhyme scheme not varying a whole lot from track to track, and him sometimes doing his best deadpan J. Mascis impression, I actually have started to enjoy this record upon multiple spins. It’s honestly because it’s so relatively simple that I’m not taxed by it. I’m not like overly hyped, but the straight forward nature of the music, the earnestness with which they approach the slackerness of it all and just the general tenor of the album make me happy. I’ll be curious to see how they follow up this album. I’m hoping that over time Aramis’ lyricism expands and the band’s instrumental proficiency grows. Not too much, mind you. I don’t need them to be Radiohead. In fact, I don’t even need them to move beyond second-album Built to Spill. I could just use some more sonic variation and they can take it from there.