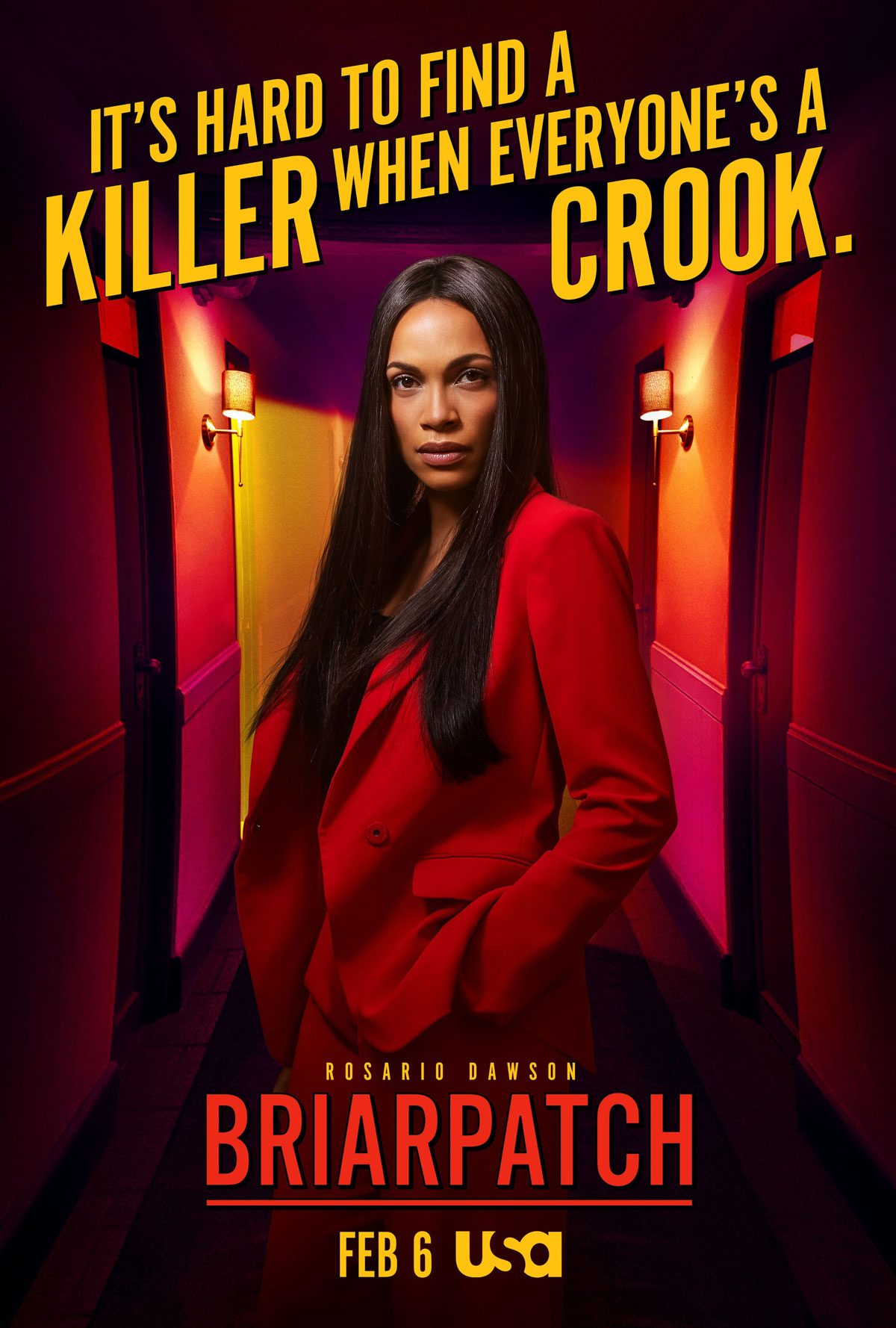 I wanted to like this show. Every week I tuned in and thought, “This is gonna be the week this thing really turns the corner and drops some serious TV bombs on my brain.” In that way it was very much like Lodge 49. But unlike that show, Briarpatch aspired to be a Coen Brothers movie. Whereas Lodge 49 just kinda wanted to get stoned and walk around Long Beach. Just the mixture of bumbling criminals, a core mystery and offbeat humor showed its influences every second of every minute. But — and this was the sticking point — the Coens ultimately don’t care about the plot, whereas Briarpatch clearly did. To its own detriment.

Briarpatch is based on a book by crime fiction novelist, Ross Thomas. I never read that particular book, but I had one of his novels, Chinaman’s Chance, in my Amazon queue for years. But it’s seemingly out of print. Funny enough, I had it in there after listening to a podcast that recommended it. And what podcast was that? It was the Hollywood Prospectus/The Watch podcast hosted by none other than Briarpatch show runner and head writer, Andy Greenwald.

Greenwald often extolled the virtues of Ross Thomas’ writing, so it’s no surprise that he decided to adapt one of his novels for his first series. He partnered with frequent pod guest and Mr. Robot and Homecoming creator, Sam Esmail, who is an Executive Producer on the show. I imagine Esmail has some clout with USA Network, so that’s where Briarpatch landed. For good or for bad.

I say that because USA Network has a kind of mixed bag of success with making shows that feel as premium as they need to be. This one is set in a small Texas town and is really a character study with people talking to each other across tables, so the budget need not be gigantic. But a USA show, no matter how talented the producers and directors, isn’t going to be an HBO series. Just cuz.

Greenwald spent most of one season in the writer’s room of the first season of Noah Hawley’s weirdo Marvel series, Legion. And, really, that’s the sum total of his career in series television. So what happens when a former music and television critic and author finally gets his chance to create his own series? He overthinks it. That’s really where I landed. Don’t get me wrong, I love listening to his takes on television programming and culture on his pod, but I do often times find myself at odds with some of his takes (and more so in agreement with his partner, Chris Ryan). It’s nothing in particular, but there’s clearly some times where a thing is just a thing, but he needs it to be more. I suppose it’s tough to turn that critic part of you off.

So, in Briarpatch, we have a pretty simple story. Or one that should be. Small town (which is also her hometown) police officer, Felicity Dill, is killed in a car bombing. Her sister, Allegra (Rosario Dawson), returns to investigate who killed her. The concept is really basic and you can imagine this small Texas town filled with quirky characters being a great backdrop for what amounts to a murder mystery. But there are multiple layers of politics (both local and national), war profiteering and senatorial sub committees brought into the mix. All of which felt almost superfluous to the main plot.

And, yes, I know that all of these things made for a more complex and robust story, but while the creators attempted to bring it all back together at the end, the journey to get there felt confusing and muddled in a tale that should have been relatively straight forward. Like I said, they overthought it. We didn’t need all that other stuff. I just wanted to see Rosario walk around in the heat talking to people, occasionally getting a gun pulled on her, sometimes kicking a dude and maybe they keep the zoo animals that are randomly walking around. But instead we get this spiderweb of stuff that just gets more complicated than it needs to be and at times caused me to just tune out.

I don’t know. I wanted to like the show. I wanted it to be a success. But instead it felt like a first-time show runner trying to make too much out of nothing. And I know making a series is really hard. I’m sure it was a ton of work. But it ultimately felt like it got away from them. It probably didn’t help its future prospects that they moved the show to 11 PM on Monday night after wrestling early into its run. Wrestling that — if you’ve watched it at all — is absolutely the saddest thing ever with the lack of audiences due to the COVID thing. It’s gone from stupid to absurd. But I can’t imagine that move was a vote of confidence for the series for a second season. They did seem to wrap up this narrative to the extent I could unwind it in my mind. It’s just that I wanted The Big Lebowski and they tried to give me Miller’s Crossing.