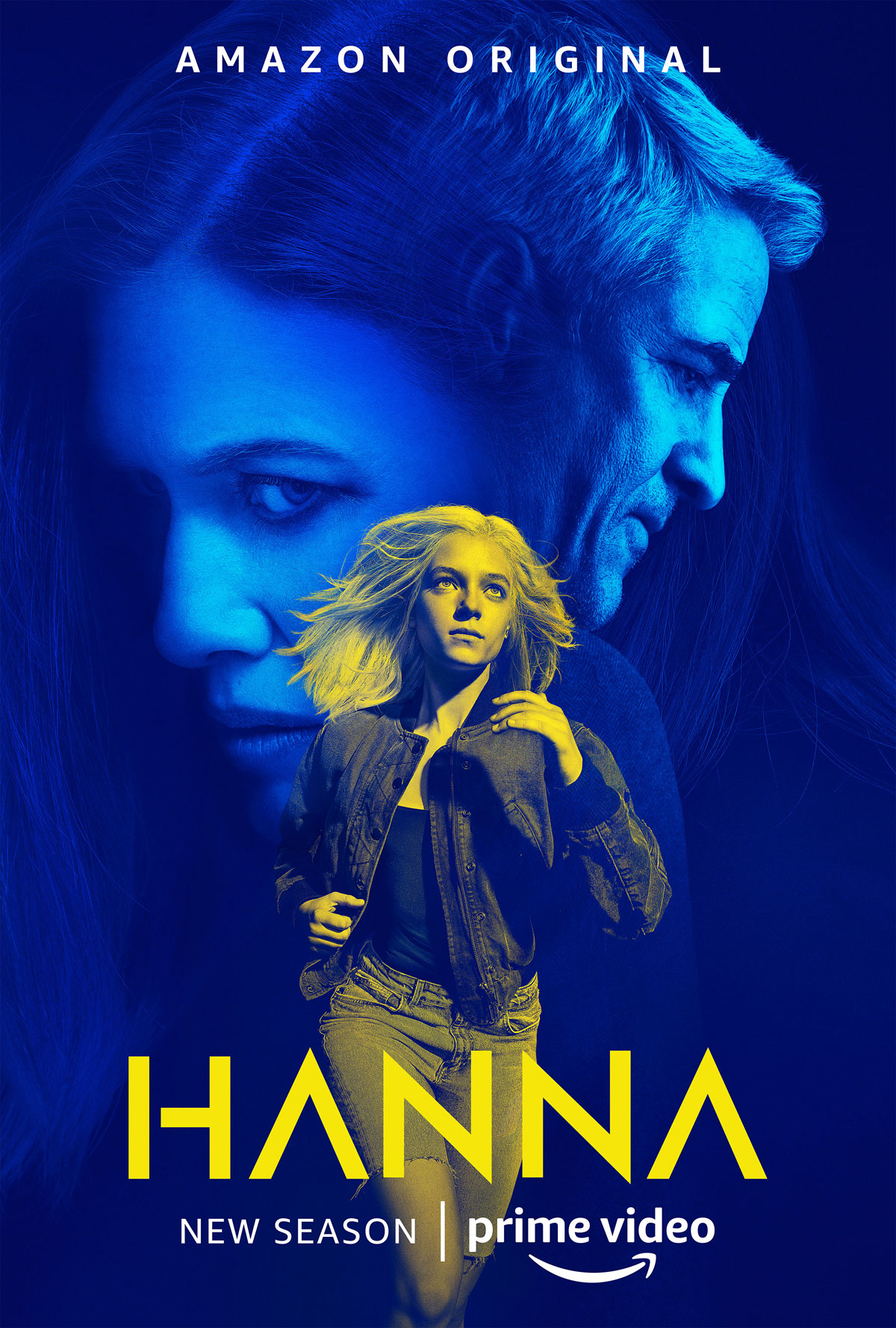 This is a thing now. Making television series out of movies. I suppose it’s actually been a thing for a while, but in a time when everyone is afraid of pitching anything that doesn’t come in with pre-existing IP, it’s become almost overwhelming. So here is Hanna, based on the movie Hanna. I suppose the film about a teenager raised in the woods to be an assassin makes for interesting subject matter no matter the form of media.

But, like many other TV shows before it that are based on decent source material, things get really thin once they’ve told the original story. The first season adheres to the film relatively closely, with some plot points and details changed, but follows most of the narrative tracks. The second season, however, pretty much goes off the rails as the writers struggle to figure out where to take the show without either turning it into a weak Bourne film or like a teen drama version of Killing Eve.

First, there is a lot that makes not a whole lot of sense about this show. Joel Kinnaman plays Erik Heller, apparently a former CIA agent who is now living in a forest in Poland raising a baby/girl and teaching her how to kill animals, shoot and fight. Thing is, Erik is supposed to be German. I guess the CIA hires Germans, but there is no indication — nor do we really get the feeling — that Erik has ever been to the US. Let alone gone through training at Langley. Small point, but still kind of weird. It’s hard to imagine him shopping at a Target in Virginia. And he raises a girl on his own in a cave in a forest with no access to medication, vaccinations or like female stuff. Yet they seem to have an unlimited amount of ammo for fifteen years of target practice and clothes for Hanna, who grew from an infant to a teen. I don’t know if Erik can sew, but that would be some trick.

All this is me just being an asshole nit-picker, of course, but looking too closely will indeed uncover some serious plot holes. That aside, season one essentially becomes a fish-out-of-water, self-discovery tale of a young woman in a new world who also happens to be a trained assassin. Imagine all of those alien tales you’ve seen where they learn the ways of the Earth by experiencing everything for the first time. Like a long episode of Third Rock from the Sun, but with much more murder. Hanna (Esme Creed-Miles) makes a friend, finds out a little more about her past through a frenemy of Erik’s named Marissa Wiegler (Mireille Enos) and generally acts a little bit like a very hurtful teenage robot. Because apparently Erik didn’t teach her compassion or human interaction out there in the forest.

The first season is a little up and down, but because it hews pretty closely to the film, it keeps the connections relatively tight and tells a coherent story. Then shit goes wild in season two. All of a sudden we move from the story of Hanna, the girl trying to uncover who she is, to the story of Hanna, the girl who murders innocent guards at will and we’re supposed to be fine with it. I didn’t do a body count, but she, along with several other people, seem to kill lots and lots of presumably CIA-employed hourly security guards with no repercussions whatsoever. And I think we’re supposed to be cool with that? They also introduce this big bad who looks eerily like Steven Miller and his boss Dermot Mulroney, who looks like Dermot Mulroney, but acts like he really didn’t want to be there.

The Steven Miller jackass is such a terrible character that it would have ruined the show if the show hadn’t done it to itself. Because the series turns into this thing that seems way more targeted toward teens than it was in the first season. As if someone at Amazon looked at their data and realized that its audience was somewhere in the 13 – 21 range. Granted, the first season illuminated a program called UTRAX from which Hanna spawned (she’s apparently created with some sort of hybrid wolf DNA?) and that the program, thought dead, was alive and well. And exclusively staffed with teenage girls. Because who would expect a teen girl assassin. Their parentage and DNA manipulation is kind of glossed over and their reason for being is also a little dubious. The accents, most of which are Brits trying to cover their English accents with American ones, are all over the place. Which, again, is kind of weird considering they’re all supposed to have been raised in this same facility in rural Romania by American CIA agents. Are there no decent American actors anymore?

If I were to make a recommendation, I’d say to watch season one and skip season two. Creed-Miles is super-engaging as Hanna. And it’s great to see Kinnaman and Enos reunited after watching them for one too many seasons of The Killing. The plot is a bit convoluted, but they manage to keep you watching with equal parts emotion and action. Season two just goes haywire plot-wise, tries to do too much and introduces too many characters that all feel pretty samey samey. It sounds like there will be a third season, which I hope starts with pretty much everyone except for Hanna and Marissa biting it in some tragic explosion. A reset after that season two is in order.