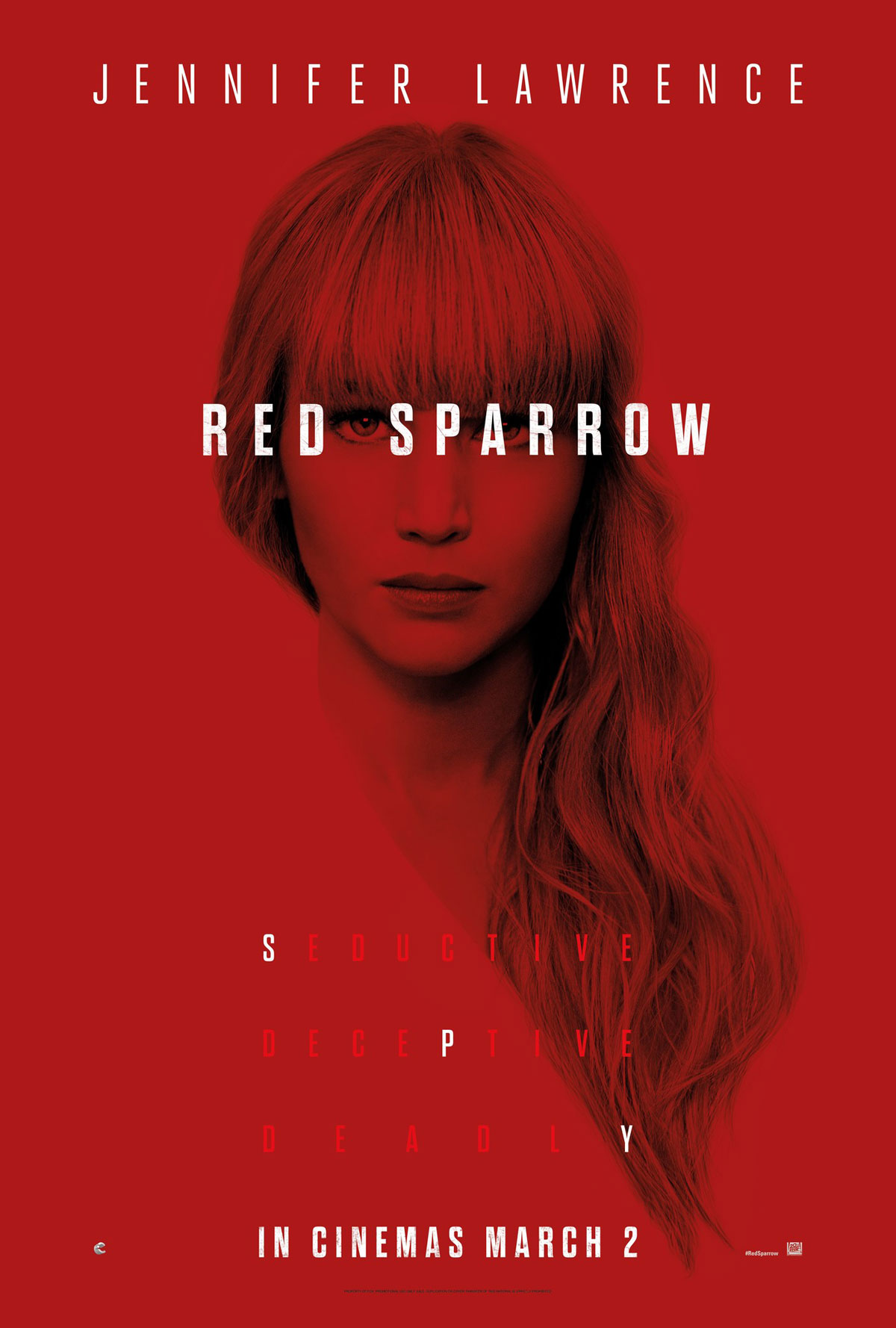 You know what accent is hard to pull off? Pull off without sounding completely ridiculous? Or like without sounding like a dumb vampire? A Russian accent. And what happens when you have a whole cast of non-Russians trying to pull off the accent throughout a movie whose runtime is an equally silly 140 minutes? It makes the whole endeavor into a bit of a farce.

Jennifer Lawrence is an actress. She is as American as they come. So why, besides her insane cheekbone structure and her seeming willingness to do nudity, do you hire her to play a Russian ballerina turned SVR spy? I suppose it’s because she also looks good in bangs? And, look, I can’t tell a good Russian accent from a mediocre one — though nothing will ever top Dennis Hopper’s horrendous attempt on 24 — but it just seems there are enough Eastern European actresses and actors out there that we don’t need to give everyone the weird Sean Connery, The Hunt for the Red October treatment. Some of the actors attempt it, some just use their natural English or German accents and throw in a little Russian roll every few sentences. It’s kind of distracting and odd.

What’s also distracting and odd is the nakedness and violence that this movie employs. Sure, it’s a spy film and the “Sparrow” program essentially trains women in the art of seduction and manipulation, but there are no fewer than three attempted rapes in this movie, at least a couple people being beaten while nude and I think only one actual shot of a penis. There are stabbings and a couple garrotings. There is torture (with lots of yelling) and a gruesome leg break and even some surgery. I know I’m a prude, but it all seems a little gratuitous. Like couldn’t we have cut the second go ’round with the evil Russian, torturer skin flayer dude and maybe cut five minutes off the overly long runtime? What do I know?

So what is this film about? Well, you have this prima ballerina for the Bolshoi. We know not much about her other than the fact she’s a very good dancer and is the caretaker for her mother when she’s not dancing. Anyhow, after an “accident” on stage in front of a packed audience that leaves her leg all f’ed up, she can no longer dance. The cold-hearted Russians — who seemingly cherished her while she could dance — drop her quicker than you can say vodka and are going to kick her out of her subsidized Bolshoi apartment, cut off her mom from her Bolshoi health care plan and basically cast her out. Luckily her uncle is a big wig in the Russian spy service and gets her into the Sparrow school. This isn’t business or med school, however. It’s spy school, which essentially teaches young men and women (mostly from the military) how to fuck people they want to ensnare in their spy games. Literally.

Besides the fact it makes no sense that a ballerina would end up in this school, we just go with it. And we also have to just believe that this person who would have been formally trained in nothing but dancing (and probably not even regular school subjects) if she had really risen to the heights of the profession in the Bolshoi is somehow also a great fighter and has the makings of a great spy. Turns out she’s also rebellious and doesn’t like to follow orders. And her poor behavior at Sparrow school is rewarded with an assignment to root out a mole in the highest levels of the SVR. Eye-roll.

The movie is just super-convoluted. Lawrence’s actions make very little sense while they’re going on. I understand they’re trying to build to something at the end that brings all of her actions together in one of those twist things, but the inefficiency of the thing just makes for a shrug. And then there’s the floppy disks. This is supposed to be a modern film, but there are spy materials passed around on 3.5″ floppies bound with a rubber band? What the hell is that all about? Also, Joel Edgerton. He’s the one American in this thing, and he’s supposed to be handsome. He’s actually an Australian who looks like a slightly more rugged Kevin Spacey. And it’s never clear if his and Lawrence’s relationship is authentic or just a means to an end. Not that I really care.

I think the thing with the movie is that it’s cold. Maybe it’s the Russian angle. Maybe it’s what I understand to be the massive changes they made from the novel on which it’s based. Whatever the case, this is a lot of time to spend watching a film that seems to care so little about its main character. Or its audience.