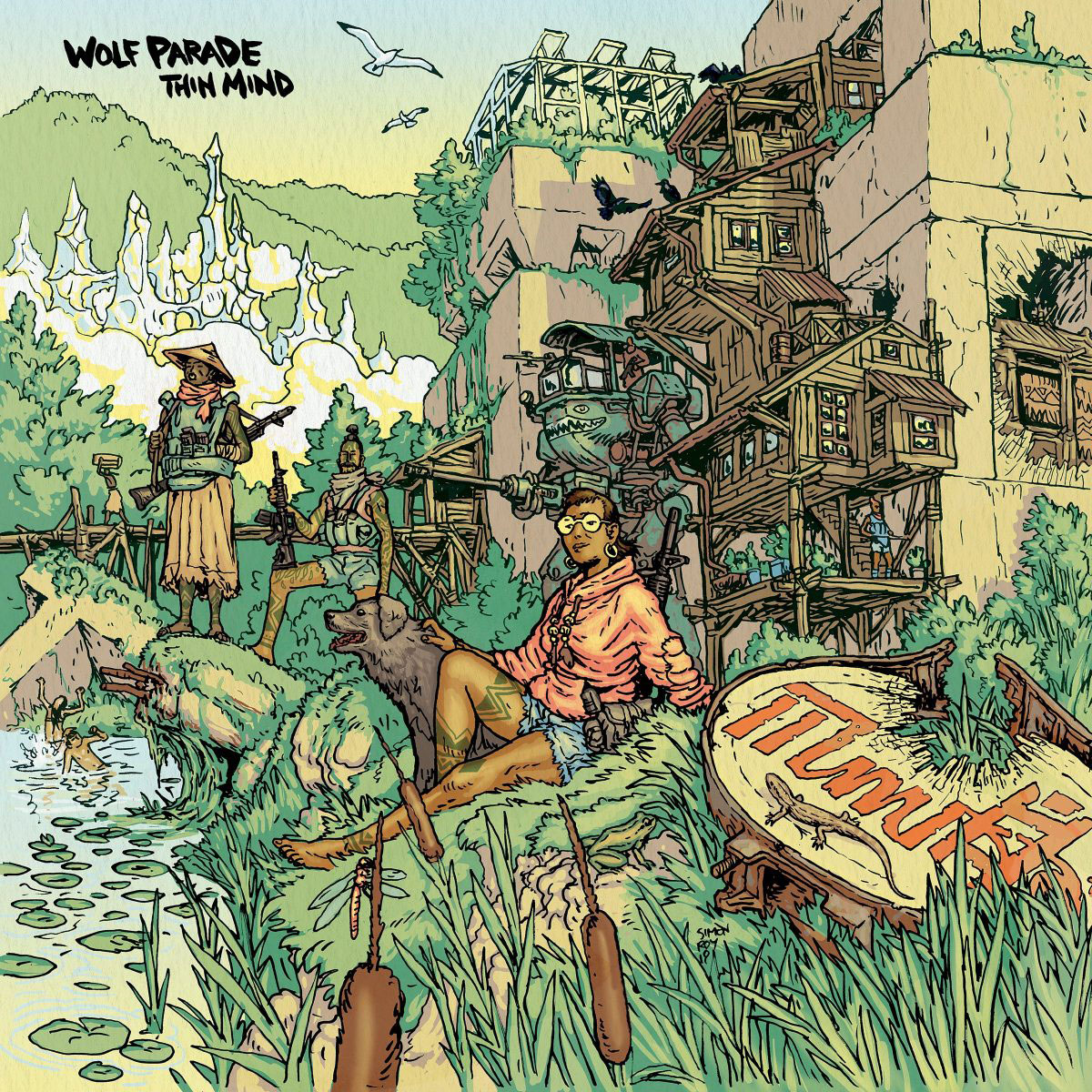 There was a time when Wolf Parade was “challenging” music. But it seems the owners of that tradition have spun that mantle off to side projects and personal quibbles. Or, rather, they’ve shed it slowly from album to album. Until you’re left with Thin Mind, the gooey pop center. The most traditional record they’ve put together.

And the most 80s. There are times when they sound not unlike The Cars on way harder drugs than whatever Rick OCasek was doing. But definitely, with their keyboards and spooky neon sound, end up sounding like the soundtrack to the even more Twilight Zone episode of Black Mirror’s San Junipero. Or like if Nicolas Winding Refn decided to add some emotion to Drive. Nothing says that like that pan flute sound on the synth. It’s classic. And nowhere is this more obvious than on “Against the Day,” which seemingly aims right for the darker nostalgia of 80s-era Bowie, OMD and whatever else elicits driving a red fiberglass sports car in pools of highway lights.

Of course a part of me aches for the recklessness — the dangerous sound — of their debut album, Apologies to the Queen Mary, but in this day and age I’ll take what I can get. And in this case I get a perfectly lovely album filled with hook-y Canadian indie rock that definitely feels a part of their whole, but moves further into their north-of-the-border version of what Springsteen might have sounded like on more illicit stimulates and Canadian Club. They even go so far as to mention NJ and cocaine in their excellent second track, “Julia Take Your Man Home.” Point proven. Message received.