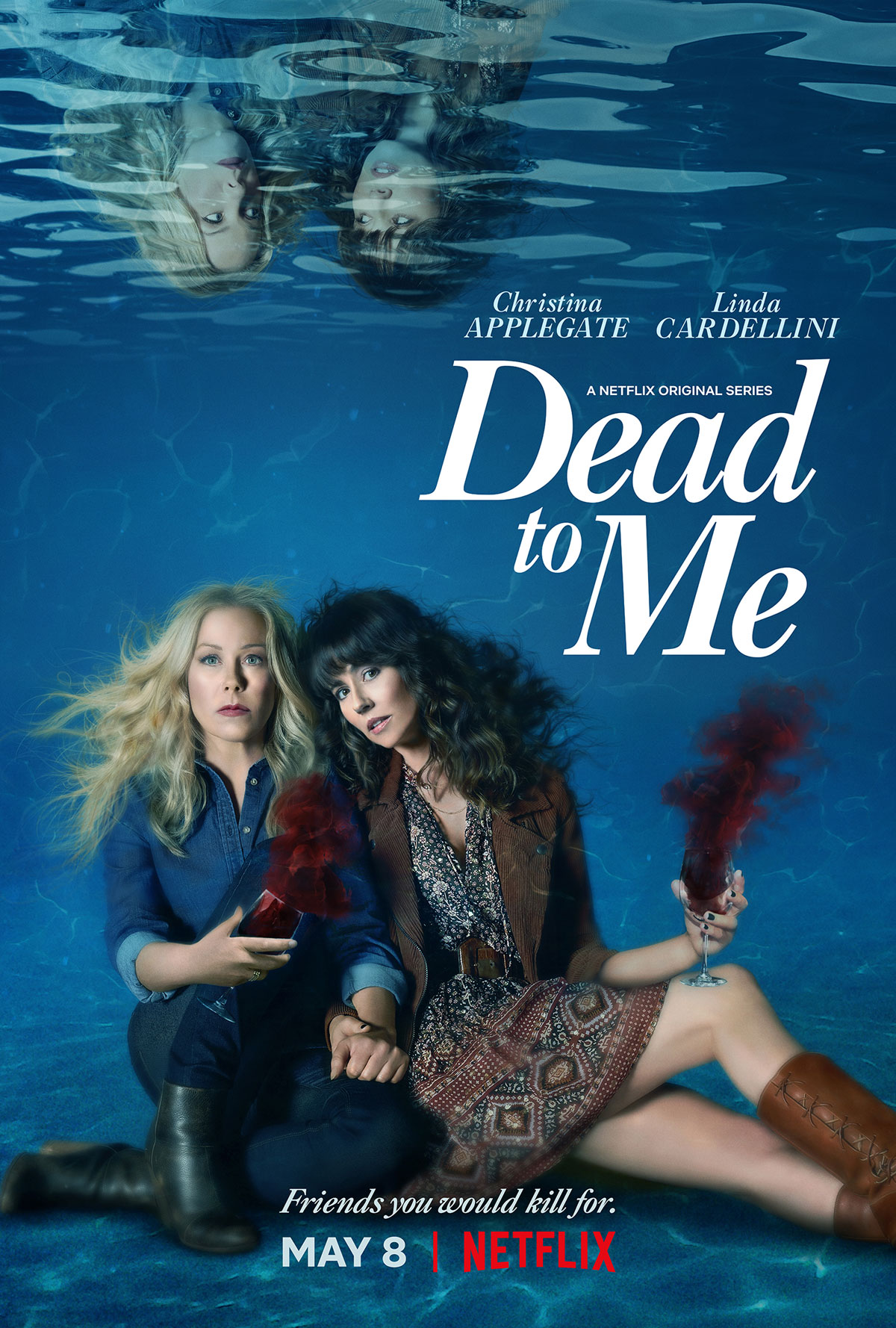 This is one of those shows that sat in my Netflix queue through the entirety of season one. Despite the fact I continued to hear people tout the virtues of Dead to Me pretty consistently. I’m not certain what kept me from pulling the trigger. After all, I do really like both of the lead actresses a lot, and the thematics seemed relevant to my generational mind. It struck me as an adult show that served the perennially underserved Gen-X world view. It also takes place in Laguna Beach, the new home to Hipster Parents for the past few years after about 40 years in LA. So I thought maybe I’d see them walking in the background or something. I didn’t.

Thing is, I thought this show involved magical realism of some sort. I honestly have no idea why, but I was under the impression that it either delved into the world of the dead, or became a ghost story, or had some sort of mystical or magical backbone. Turns out I was way off. This shit is basically Big Little Lies with a little more humor. And somehow more f-bombs. In other words, it’s a dramedy about a couple relatively privileged women who share a big secret that could undo their lives. One that pushes and pulls at their seemingly unusual or non-traditional relationship. Maybe it’s more like Jesse and Walt in Breaking Bad, I guess. But with less meth.

Anyhow, there are no ghosts and no magic. There’s some heavy-handed symbolism, mostly around birds, but otherwise it’s pretty much straight up. That doesn’t mean there isn’t mystery. And an unfolding plot that has you rethinking motivations and actions as it tells stories out of order in flashbacks to add context as we go along. That’s the dynamic part of the show; your constantly shifting understanding of why people are doing what they’re doing. Altruism is uncovered as selfishness or obfuscation. In almost every case. To the point where it actually gets a little tiring after a while.

It’s a little difficult to explain the narrative of the show without giving too much away. But essentially Jen (Christina Applegate) is a recent widower. Her husband was killed in a hit-and-run accident while jogging. She’s left with a couple kids and a shattered life. She’s a very aggro, a-type real estate agent who throws around “fucks” the way some breathe. And she is skeptical and clearly angry about everything. The cynic. So she begrudgingly goes to a grief counseling group where she meets her polar opposite, Judy (Linda Cardellini). She is sunny and giving of herself. She’s a hippy-dippy, new-age type who believes in the power of positivity and all that. Seemingly selfless and loving in the way that Jen is not.

Needless to say, their relationship becomes complicated in a pretty f’d up way. There are tons of lies, some murders and some treachery, but the female bonding is strong. If not pretty darn confusing. There’s also the identical twin trope. Which makes me want to bash my head on something, of course. I also can’t see James Marsden, who plays Judy’s sort of on-again-off-again fiancé, without seeing Teddy from Westworld. In every scene he’s in I kept waiting for his robot parts to show.

But as twisty-turny and confounding the two womens’ relationship becomes, it’s entertaining as hell watching Applegate and Cardellini go at it. And then cry. And then make up. Sort of. This co-dependent Odd Couple mashup for the modern age. But with way more dead people. Is it perfect? Nah. I gets a little repetitive. And the co-dependence is over-the-top in a way that strains credulity. Some things are unforgivable. They just are. But Jen and Judy seemingly forgive in ways that no sane person would or could. Even on a TV show. And the mechanics of some of the crime stuff (money laundering, murder investigations, etc.) are about as realistic and nuanced as an episode of The Andy Griffith Show.

That all said, they are going to wrap it all up in a third and final season. Maybe that’s when the magic will happen! But, sadly, I know it won’t. With that, it’ll be interesting to see how they get our ladies out of the bind they’ve put themselves in. It’s gonna be tough to land that plane, but I’m sure it’ll be fun getting there.