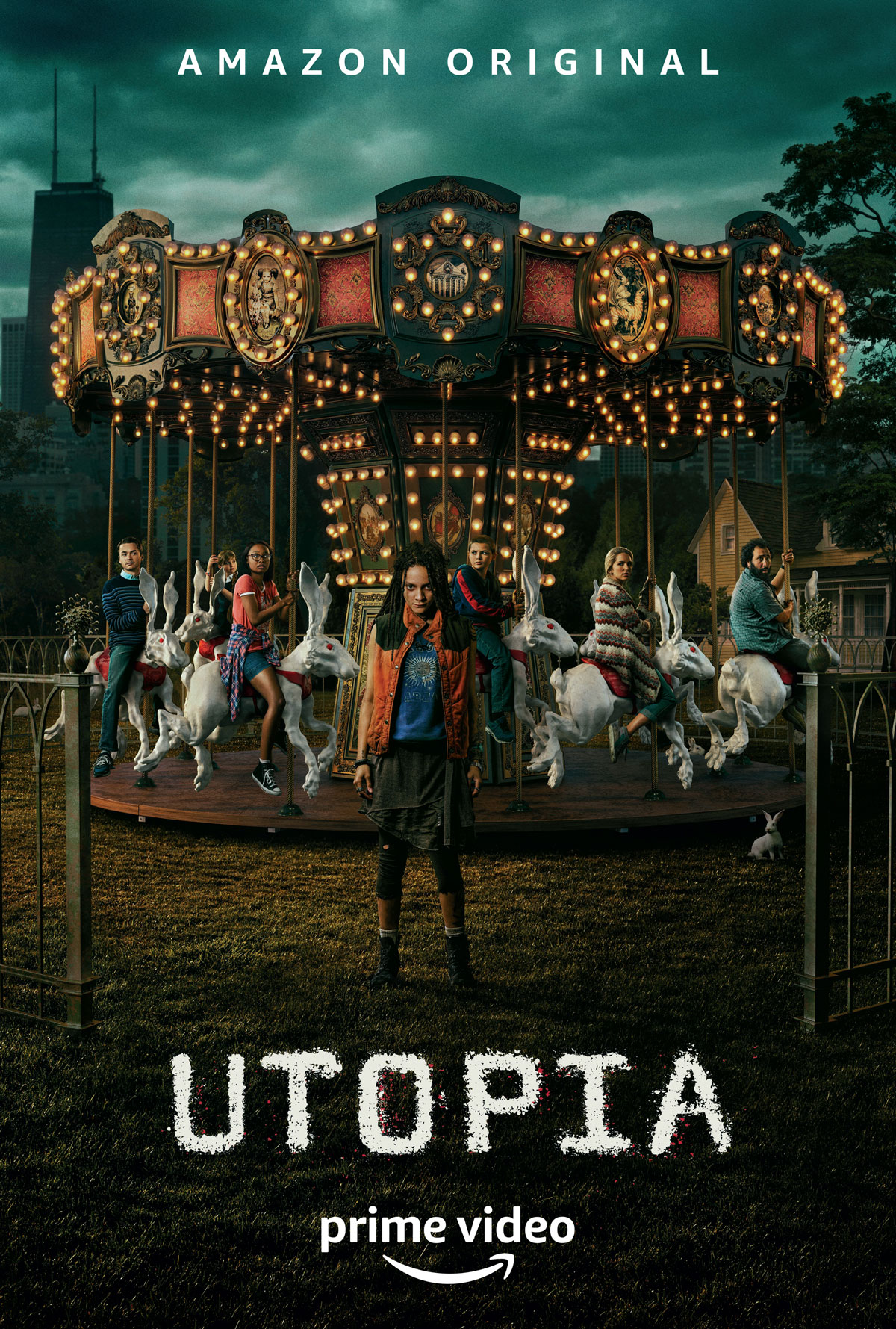 I’m not sure what I’m supposed to think about these American remakes of British shows like Utopia. They’re generally garbage. Well, not always, I suppose. The Office was good. But for every Office, there is a Gracepoint — a remake of Broadchurch. Or, uh, The X Factor. My point is that something about this not being an original concept originally put me off. And the fact I read some things here and there that the Brit version was super-violent. It’s not as though I shy away from violence, per se, but I just feel like there’s so much bad stuff going on these days that I wasn’t sure that I needed more blood and guts. And then my queue kind of dried up. And so it goes.

It turns out that the show is less disturbing in terms of violence than it is in terms of it being way too real in our current 2020. I suppose maybe I knew it was about an infectious disease and a possible global pandemic. But apparently my brain didn’t let me think about it. All I could focus on was the fact it looked cool in the previews, fit in my sci-fi, mystery wheelhouse and was at least at some point associated with David Fincher. I don’t believe that Fincher was in any way involved by the time the show worked its way from HBO to Amazon, but Gillian Flynn was onboard for the entirety. Flynn ain’t Fincher, though. But, as Gone Girl might tell us, she can certainly weave a yarn. A flawed one, but certainly an entertaining one.

Utopia starts off relatively strong. There’s this whole thing based on a shadowy, cult comic book called Dystopia. The story stars a young hero named Jessica Hyde. The cult of the comic brings together this group of dorky comic book nerds online, all of whom speculate about the mysterious symbols that portend global occurrences. But mainly outbreaks and disease. Enter the ginger dufus from Austin & Ally. He and his girlfriend find the sequel to Dystopia, Utopia, buried in the house of the girlfriend’s dead grandfather’s hoarder house. They go online, realize there might be a market for it, and set up a bidding party in a hotel room at a comic book convention for people to come check it out and write down their best offer. Seems, though, that it’s not only our band of merry geeks who are interested in the mysteries it holds. All manner of murderous thugs show up to get their hands on the thing.

And so begins the violence and craziness. People kill and murder in all sorts of sinister ways anyone associated with the comic or with knowledge of it. The nerd herd is on the run from the folks who wish to possess the book that they fortunately or unfortunately find themselves in possession of. One dude even having his eye burned with acid and then scooped out with a spoon in a torture scene that definitely made me squirm. This is all done in a darkly comic way, of course, but it doesn’t lessen the impact of the gross any. I mean, maybe a little, but not entirely.

I think I ended up enjoying the show more than a lot of people. Mostly because I went in with pretty low expectations. And just giving into the weirdness. But, as I said, the thing definitely started off stronger than it ended. Flynn managed to incorporate the symbolism of the hand-drawn Dystopia into the story. She managed to create this spider web between a dude in an asylum and this cultish following of the conspiracies in the text that are either prophetic or the ravings of a lunatic. We don’t know. The characters don’t know. It’s interesting.

But, like everything else, there is a larger conspiracy at hand that ends up moving beyond the strange drawings and into the world that is 2020. A large pharma company — or bio company of some sort — that is at the heart of the spread of this deadly disease. As well as its vaccine. A company led by a creepy John Cusack. A company who employs brilliant, but disturbed pandemic scientist, Rainn Wilson. Dupe, Rainn Wilson. Did I mention it looks like Cusack just wears eyeliner as a matter of course these days? Yeah, it’s weird. They are by far the most famous folks in the cast, which is mostly filled with character actors and some youngsters. Some look vaguely familiar, some not at all. The strangest choice of all is the casting of Sasha Lane as the flawed hero, Jessica Hyde. She is supposed to be this fierce, feral young woman who is mostly animal and reactionary violence. But she just doesn’t quite have the chops to pull it off. I thought I’d seen her before, but her bio tells me she was in something called American Honey that I’ve never seen. I just feel like it could have been a really kick-ass part for a young actress, and that Lane may look the part, but her personality or acting style just didn’t fulfill the promise.

Ultimately it was kind of a fun show. Like a mashup of the very unfun The OA and the more fun The End of the Fucking World. So, some supernatural stuff and some on-the-run violent stuff. But mostly some very 2020 stuff that will really set off the anxiety in those who are already anxious about the Corona Virus. I imagine genuine COVID fears have kept people away from this series and probably contributed directly to it being canceled after one season. It’s a shame, really, as it could have been interesting to see where it was going as it delved back into some funky stuff in the season finale, which became the series finale. Oh well.