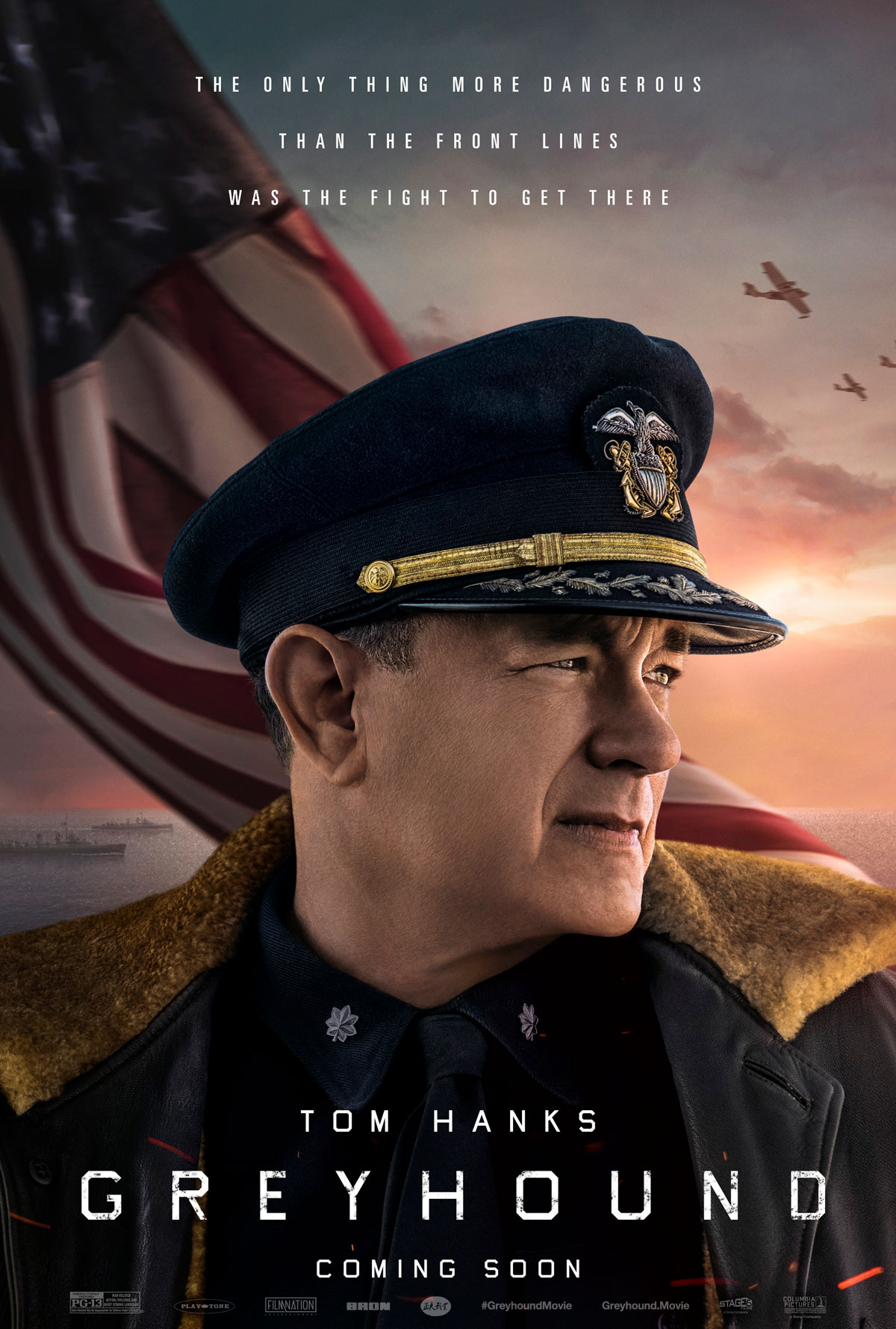 So, what do you do when Hipster Father-in-Law is in town for Thanksgiving and Ms. Hipster asks you to find a movie her dad might enjoy? A man who has seen probably one film in the movie theater since 1976, and it’s one that we brought him to: Dunkirk. Because the only thing I know he likes is old planes and generally anything having to do with WWII. That film seemed to work out, so why not suggest this big screen to small screen movie in Greyhound? It looks to have lots of boats and shit and everyone knows who Tom Hanks is. After all, he’s not Tom Hardy. It seemed like perfect choice — at least for him.

Because, me? I don’t really loooove war films. Some are fine, but I often find that the balance of drama and action is out of whack. Or that the whole “war is hell” veers into melodrama. But mostly it’s just because it generally isn’t my jam. Just like a Coen Brothers film would make Hipster Father-in-Law’s head explode. But I figured with Tom Hanks and at only 90 minutes, I could probably minimize the pain if it came down to that.

Right off the bat, the writer (who is Hanks himself) tries to humanize this ship captain by attaching him to some lady played by Elisabeth Shue. It’s the whole pre-battle setup thing where we’re supposed to understand and remember that someone who loves Hank’s character is waiting for him on the other side of the war. Honestly, the whole thing is super-muddy and a bit confusing. And then it abruptly changes scenes and we’re on a ship in the middle of the ocean with things on fire. It pretty much makes us ask why those first scenes even happened. Like why is Shue even in this film? What was the point? Seems there really wasn’t one. This thing is essentially an hour twenty of sea battle. The other ten minutes is nonsense.

How do we feel about CGI? Because there used to be war films that were presumably filmed with practical stunts and battle scenes. I’m mean how else would they have done it back in the day when these types of movies were the norm? Well, this isn’t that. This thing was all fought on some editor’s very expensive Mac. Which I suppose is fine. But the smell of diesel, smoke and gunpowder (let alone the sea) is somewhat muffled when staring at miles of digital ocean and nicely rendered fires. It’s missing that visceral grime that one would feel, even in one of Hank’s earlier films, Saving Private Ryan.

Otherwise the movie feels more like a blueprint than a fully fleshed-out narrative. We’re placed on this destroyer in the middle of the ocean that is supposed to protect a convoy brining men and supplies to Liverpool. I think. And then we watch as dudes track German U-boats. We listen to Hanks yell directions that are repeated back to the dude steering the boat. And then we listen to news travel from one dude to another dude who yells out the news to Hanks. It’s super-tiresome. It feels like the entire screenplay is just one giant echo. Of the 90-page script, they only needed 45 because the dialogue is just a repeat of the same line twice over and over again. We get it.

I think the desire to make this very narrow action set piece feel realistic has a deleterious effect on the film overall. Hanks tried to infuse a little bit of feeling into the thing by bolting on that first part with Shue and then clearly tried his hand at the Spielberg “subtle” martyr thing by focusing on the plight of an African American cook/waiter onboard the destroyer. However, it lacked any type of subtlety. He head faked a little bit as to why that man kept entering scenes, but it was obvious from the first time we see him that the film was going to murder him and try to use him as some sort of emotional anchor. It didn’t work. At all.

Ultimately, the thing is stiff and rather dull. We have no real sense of scope, and it fails to connect on just about every level. Even Hanks seems a bit like he’s going through the motions. Or perhaps I’ve grown tired of sad, serious Hanks? Is that possible? Have I seen this world-weary schtick one too many times? This everyman against the odds thing where he calmly just “does his job?” This character is basically his captain from Ryan, but without any of the relatively humorous background stories. It feels like a rehash, and not a very compelling one. The fact this thing was supposed to get released in the theater before being purchased by Apple and put our on Apple TV+ is pretty bizarre, as it just felt like a very small project with no real audience in mind other than a shrugging father-in-law who clearly felt ambivalent about its existence.