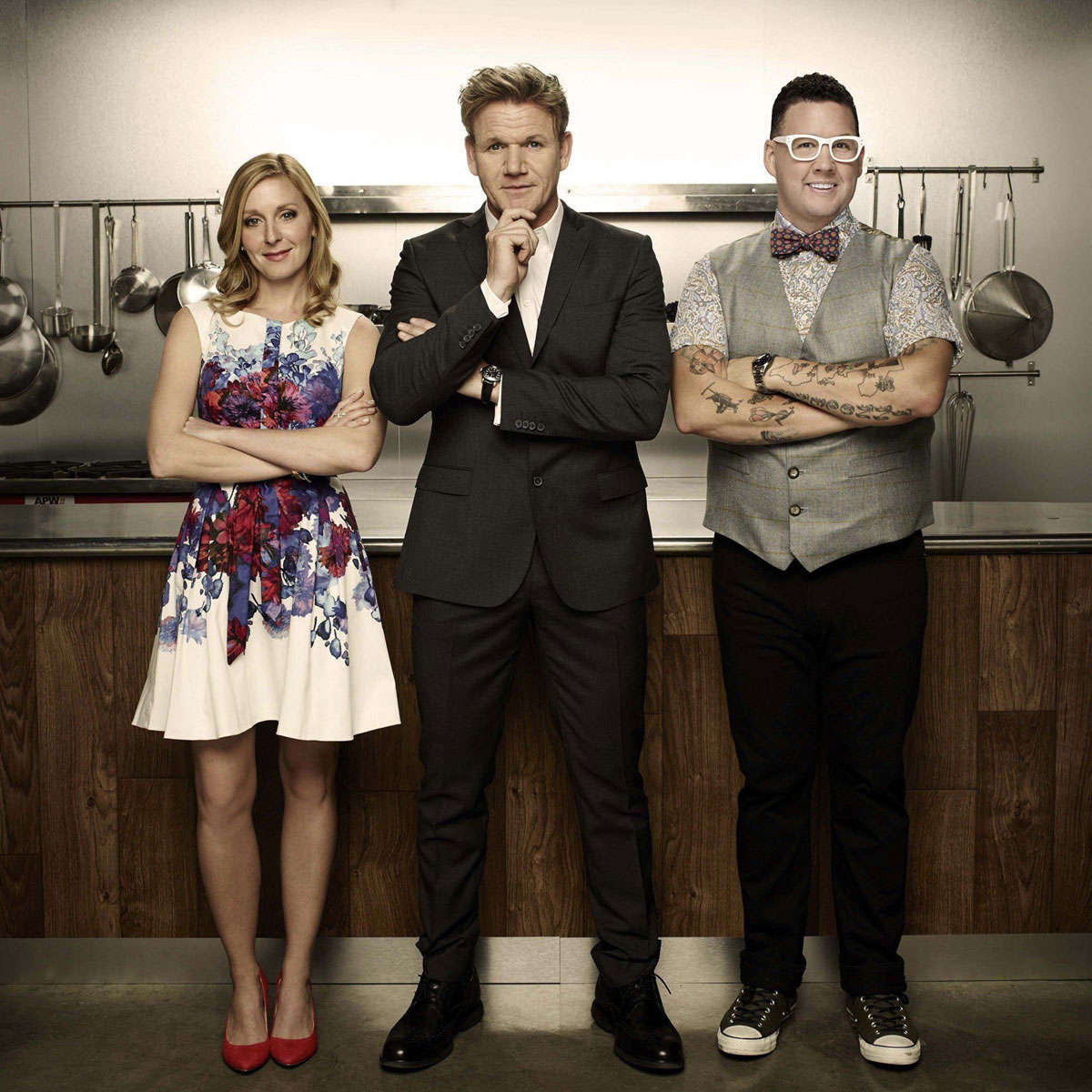 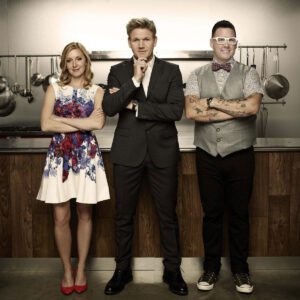 Americans are food obsessed. They have what seems like entire social channels dedicated to pictures of hamburgers and macaroons. Despite our ongoing obesity issue, people are more obsessed these days with what they put in their mouth than any time in the past. Traditional fast food joints are suffering and pulling out all the stops with “healthy” options and shitty breakfast options 24-7. This also means a glut of these food-related game and reality shows. They’re practically on every channel and take the guise of professional chef vs professional chef, amateur cook vs professional chef, amateur cook vs amateur cook and even a show — on which Hipster Jr. had a speaking role in one episode — that features the worst cooks in America.

My first foray into the culinary television genre was Top Chef some years back. I can’t claim to have much of a repertoire beyond burgers (both beef and turkey), steaks, quesadillas, tuna melts and the occasional experimentation with barbecue sauce, so it seemed like a disconnect for me to be watching anything having to do with cooking or chefing or whatever it’s called. Granted, I watch home improvement shows and have swung a hammer a grand total of zero times in my life. So, go figure. That said, I do eat food in great abundance. And I appreciate [some] art and science. And somehow  a show that gives its audience an end product that is nothing but a giant visual tease satisfies that side of my brain with its mix of artistry and inventive chemistry.

So after experiencing Top Chef and all those amazing, world-class chefs, I surveyed the landscape and somehow landed on Masterchef. I’ve tuned in since season one and honestly can’t remember if I accidently ended up watching it thinking it was, in fact, Top Chef or was drawn to it because Gordon Ramsay or just stumbled upon it. I mean the set up is almost identical to Top Chef, but with amateur cooks cooking all sorts of things mostly under duress with one contestant getting booted each week. The difference is that they’ve mixed in a little of the American Idol up-front to it, introducing b-roll on potential contestants, creating interesting back stories and letting you choose your favorite as they make the show’s cast through head-to-head play-ins.

The thing about this show — and practically every other show of this type — is that the cadence and pacing and editing and storylines are almost exactly the same from challenge to challenge and from year to year. They edit the show in such a way that one person or team is cruising and the other is struggling. And then, as the challenge progresses, the tides turn and the exact opposite is true. And then, without fail, everyone finishes his/her dish with milliseconds left on the countdown clock. Such tension! But is it really if this is what happens challenge in and challenge out and year after year? Somehow it does. I’m always fooled. No matter what. Because they have the shit down. They’re pros. Add in a cussing Gordon Ramsay as a misdirection distraction from what’s really happening and things always fall into place.

This year they’ve replaced their hard-ass-in-residence, Joe Bastianich, (who gives immaculate asshole face) with some baker chick named Christine Tosi, who I’d never heard of, but only figured out a couple episodes in is the founder of Milkbar, whose cookies I’ve had on several occasions. She is a definite downgrade in terms of personality, despite her attempt to be the new hard-ass. She just came off as stiff and somewhat scripted. And of course there’s Graham Elliot, the Paula Abdul of the group, who I believe did the gastric bypass thing and seems to savor every bite as though it’s his last… or only.

The contestants on this show blend for the most part from year to year. They go out of their way to get a broad range of men and women, races and religions, one young person, one older person and one person who just pisses Ramsay off. Again, the editing is such that you can almost tell from episode three who the producers like and is going to make it to the finale and who is playing the dupe and the red herring. They put the contestants in unrealistic scenarios and give them little to no time to produce dishes that would be way beyond the skillset of a seasoned cook, let alone a person who works a day job as a sales rep or barista. My suspicion is that they give the contestants a lot more help with their dishes than they let on. It’s not as if you have 14 contestants who know all the right ingredients and cooking time for a soufflé or know how to roll out perfect, homemade pasta. Or maybe there are and I’m just being stupid.

Anyway, this years’ crop is generally indiscernible from the previous five years other than the fact they get better “home cooks” each year, who seem to make more and more impressive dishes. There was relatively little squabbling on this season compared with the past, and as with prior years, there is absolutely no b-roll showing the contestant’s lives during the competition in a house together, or wherever the hell it is they live while competing. The focus is solely on the cooking, which is totally fine, but they may want to look into mixing it up a little, as the formula is starting to get a little stale.

The finalists, a woman who cooks predominantly Mexican-tinged food and a drummer who cooks professional-grade, beautiful food had yet another really close finale. This one, though, was edited differently than usual and I wasn’t sure which way they were going to go, though it seemed, looking at the food and listening to the judges, that is was leaning the drummer’s way. But the judgement went the other way and felt a little like one of those heavyweight title fights that leaves a sour taste in your mouth. And that’s just about the last thing you want to be the case when watching a show about food.