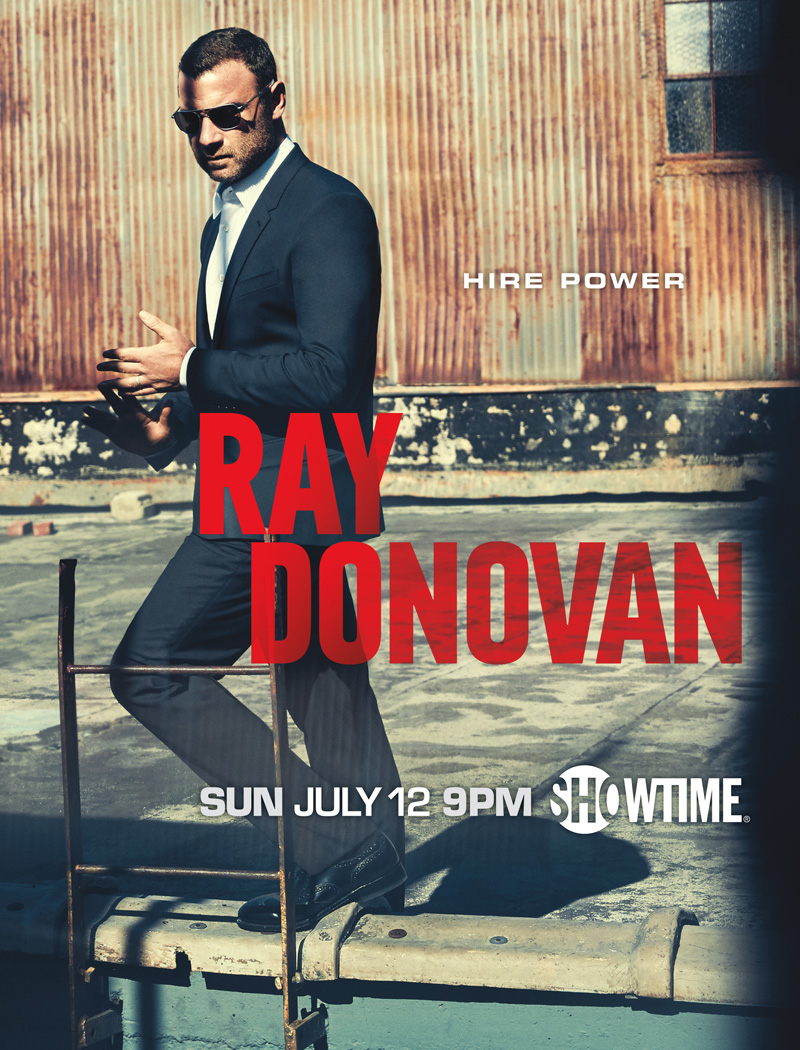 So, I’ve managed to watch three seasons of this show and am not sure I’ve really progressed past season one in terms of my mental development. Or Ray’s mental development. The dude is a thug in a long line of television thugs. He’s a damaged man with a family history of all sorts of messed up stuff, including a hoodlum father, a dead mother and sister and molestation by a parish priest. He’s an f’d-up mess who regularly cheats on his wife, beats on people for his own financial gain and generally acts like an out-of-control lunatic who seems to swing wildly between being a Neanderthal and a bit of a criminal mastermind. He clearly cares about his associates and family, but regularly does stuff that disproves this theory. Now where have I seen a show that highlights an individual like this? Hmm. One that was popular and iconic? Oh, right! The Sopranos! Yes, this Ray Donovan character is certainly modeled in some regard after Tony Soprano and his complicated psyche and our love/hate relationship with his brutal, but heart-filled, approach to business.

The issue here is that Ray Donovan isn’t The Sopranos. And Ray Donovan isn’t Tony Soprano. The show is lacking the writing and subtle panache that that show had, and Ray is missing some of the likability that they somehow layered onto Tony. The dialogue on the show sometimes feels like it was spit out of the Boggle writer’s room machine and Ray is more psychopath than anything else. Making him cry every once in a while does not a complicated character make. It’s not that Schreiber isn’t doing his best, constantly brooding and glaring and delivering mumbled lines in a pretty convincing manner, but he outstrips the writing and exposes what, at its heart, is a pretty squishy basis for a show. It seems that this was almost set up as a procedural at first, with Ray, in his capacity as an LA “fixer” to the stars, taking on a new case every week or couple of weeks, fixing any number of situations a famous actor or athlete happened to get himself into. But then they realized this would get uber-repetitive and as a result really moved away from that whole thing. And season three, following the conclusion of season two and the whole coming to terms with his molestation thing, really digs into side stories, concentrating on the Donovan family and one a-plot involving Ray and his relationship with billionaire Ian McShane and his combative daughter, Katie Holmes.

So what saves this show from being the slog it appears to be? Jon Voight, of course! The man is a revelation — or at least for me. He plays a very Whitey Bulger-like character who wears a gold chain, a Members Only jacket and delivers lines like he’s lived them. He is impossible to not watch. It’s actually depressing when his character, Mickey, isn’t on screen. He’s a hoodlum past his prime, running hookers and coke out of a shoddy motel in the San Fernando Valley, which in itself is kind of sad, but is also somehow comical in its low-rent-ness. I’m not sure if he’s ad-libbing his lines or not, but everything out of his mouth is hysterical and loaded with facial expressions that never fail to make me turn to Ms. Hipster and laugh. I’d love to just follow him around all day and skip all the other garbage going on with Ray and the rest of the less-interesting characters. Especially the Donovan daughter and her dalliance with her teacher, played by Ken Cosgrove from Mad Men. That whole plot line is asinine and comes to its obvious conclusion in a super-unsatisfactory way. There’s also a side plot with Abby Donovan, Ray’s wife, getting closer and closer to Ray’s Parkinson’s-stricken brother. Really stupid. Add in Ian McShane’s billionaire and his gay affair with his son-in-law and it just gets silly. The worst is, of course, Katie Holmes. They gave her braces (the tooth kind, not the leg kind) for some reason, which is super-distracting and somehow makes her acting even worse than it normally is. She’s honestly pretty atrocious and was clearly a play to gain audience by putting her in her first-ish role post-Tom Cruise breakup. The worst thing about the season is that she somehow avoids being murdered — which is a fate that befalls many on the show.

In the meantime, I’ve changed cable providers and no longer have Showtime. So I guess I won’t be watching season four, which is totally fine with me. I will miss Shameless, however, which I think is in its like fourteenth season. Showtime loves to keep shows going and going until their dead carcasses are used as whatever it is CBS is made of.