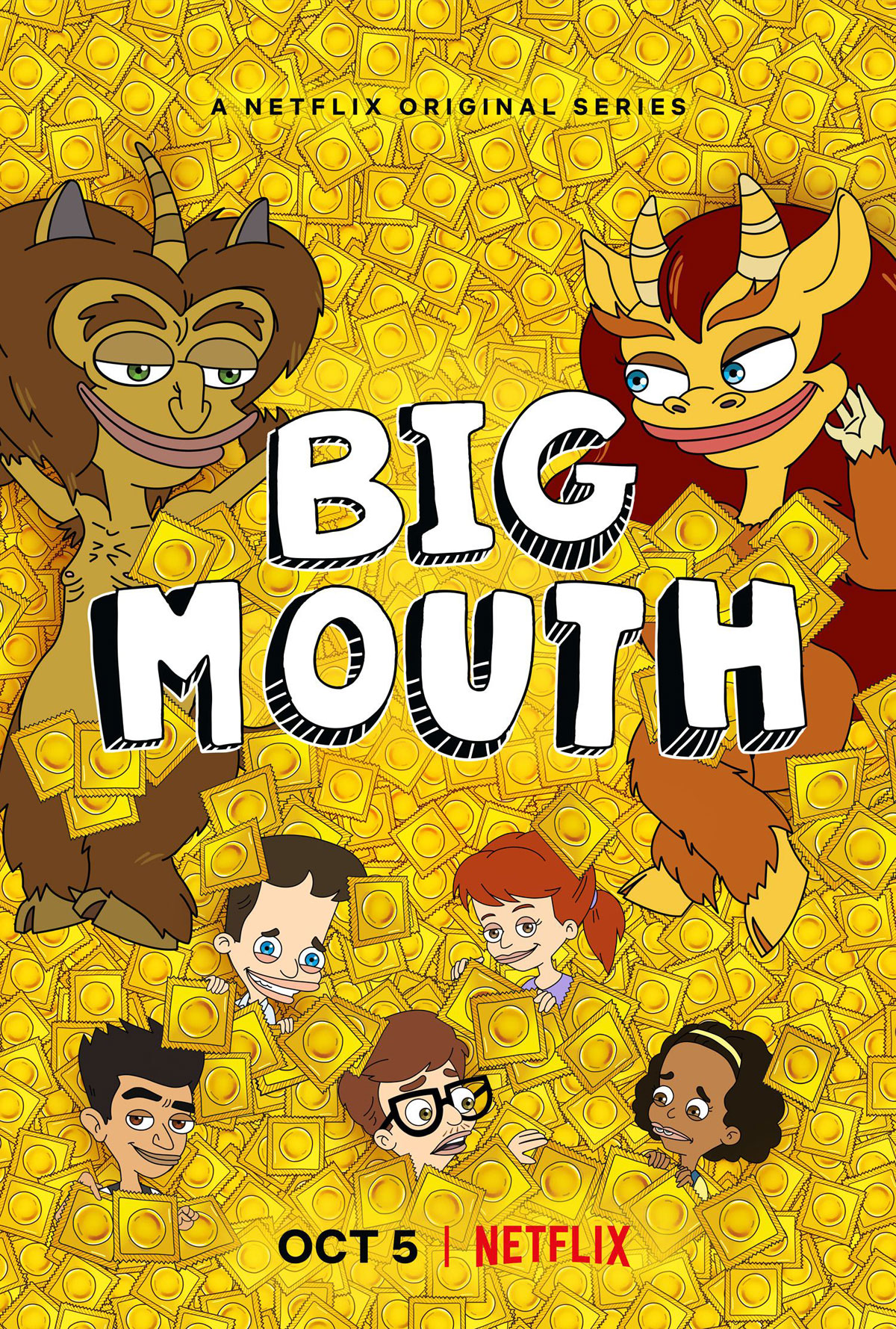 Oh, it’s so cute! It’s a cartoon about middle schoolers coming of age in Westchester. How wholesome and love… Holy fucking god, what the fuck am I watching!? This is hands down the dirtiest thing on TV. Well, on streaming TV. It’s like a mashup of South Park, Fast Times, Revenge of the Nerds and every single 80s sex comedy cranked up to 27. There was so much talk of jerking off I almost lost the ability to think of it as a real thing. We see what amounts to animated nudity of underage children — which I don’t think is illegal because they’re just drawings voiced by adults, but I felt super-filthy anyway. The whole series just seems like an excercise for this group of very talented comedians to one-up each other in gross-out hormone-related skullduggery.

The thing is, it’s funny. And entertaining and, ultimately, kind of sweet if you dig deep. A group of friends, whom I believe are all in seventh grade and are in the the twelve-to-thirteen-year-old range, are in the throes of pre and post-puberty hormonal upheaval. They are all mostly paired with a “hormone monster,” which obviously represents the drive and mostly bad advice that our bodies give us when being driven insane by said hormones. They make us do stupid things, act stupidly, but mostly make us think about sex and sexual things pretty much 24-7. It’s been a while since I was that age, but a lot of this stuff feels pretty real, although, like any comedy, it’s cranked up to ludicrous levels.

I binged this thing, which I think is pretty much what it’s built for. There are even some inside, fourth-wall-breaking jokes written into the episodes about Netflix and the binge model. I managed to get through season one without feeling like I needed a Silkwood shower, but a couple episodes into season two, I really felt like I couldn’t take another scene involving a young man soiling his pants in the most awkward and public way without wanting to bathe in rubbing alcohol. The writers definitely try to include social messages and get some stuff in there of redeeming value, but they slip quickly back into cringe-inducing graphic descriptions of messy adolescence.

It’s a lot after ten episodes in the first season and another ten in the second. I’d suggest breaking it up. Watch the first season and take a break and then watch the second. The funny thing is that I originally fired it up to see if it was something I could watch with Hipster Jr., who only recently passed the age of the kids in this show. And, no. No fucking way. I was alone and could feel myself blushing. If he were in the room I would have burrowed into the couch and never come out. He said kids at school were watching it, which is a little disconcerting, but I suppose they’re verging on adulthood. But, as the message in the show tells us: they may think they’re adult-ish and have sexual feelings like an adult, but they don’t know shit about shit.