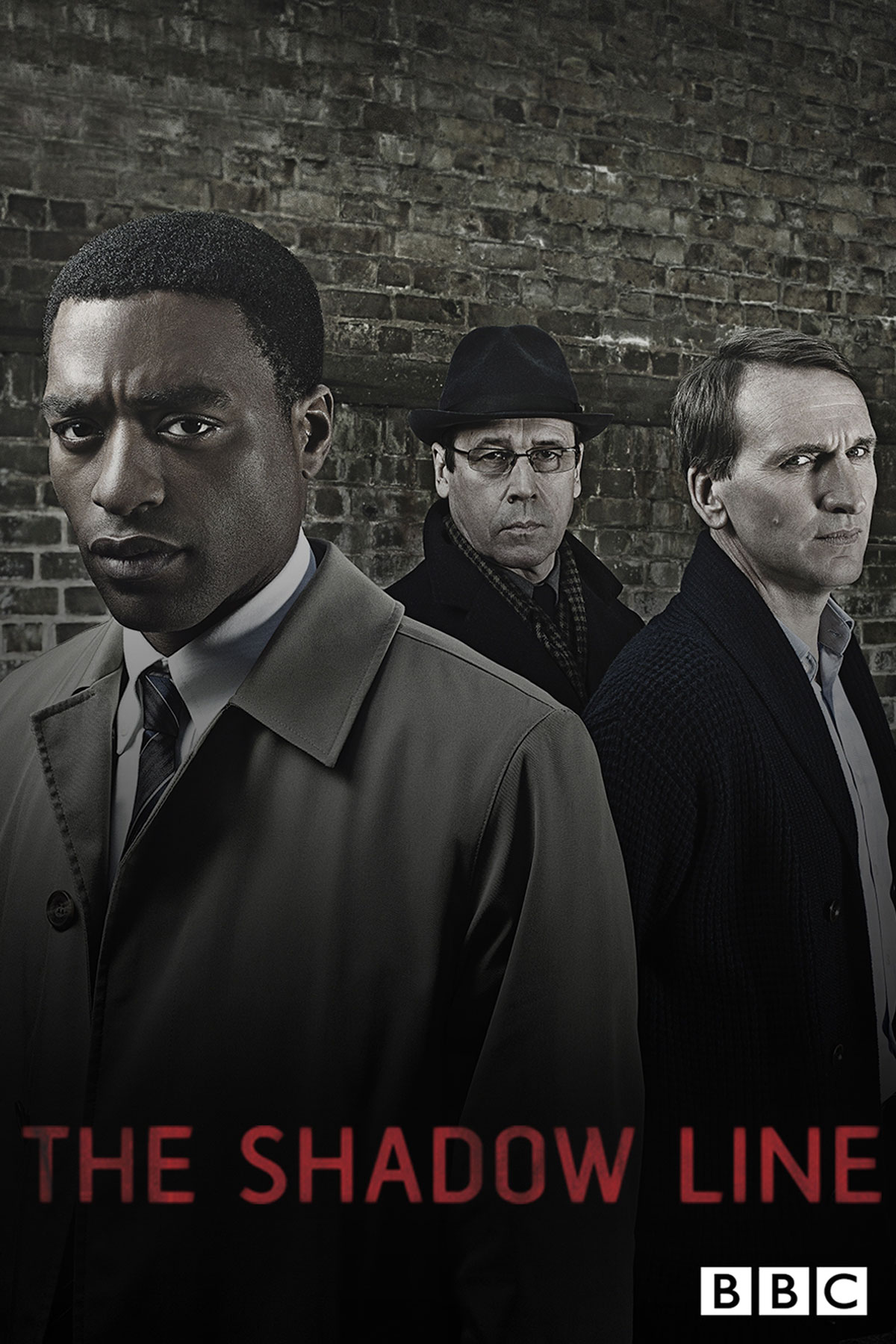 I don’t recall when “peak TV” started. But, suffice it to say that it definitely hadn’t hit its stride when The Shadow Line aired in 2011. Or at least the budgets certainly didn’t scream “we really have confidence in this and are going to spend every last dollar to make it look awesome!” Because this show looks embarrassingly… British. But like old-school BBC British. Like back in the day when everything looked like it was filmed on a Fisher Price camera and lit by an orangutan with a flashlight. Also, the acting. There are some, uh, choices that actors made in this cop and crime drama that were very weird. Even with all that, I’m confused if I liked this show, hated this show or was just not in the right headspace to go back into an era when this kind of stuff was okay.

Every time I think about this series I’m kind of at a loss. I kind of can’t believe it was made. Its plot is amazingly complicated and the “twist” is jaw-droppingly earnest in a way that made me literally pause the show and laugh out loud. Maybe I should have been taking this narrative more seriously, but I was too busy wondering what the hell was going on to care enough to keep my emotions in check. I was also distracted by scene after scene shot in these drab, unadorned spaces that were supposed to be everything from police stations to morgues to hospitals to businesses to government offices that all looked as if they were filmed in the same abandoned industrial building on the same floor. Spaces, mind you, that often topped out at two extras. But mostly had none. Literally, entire scenes that were supposed to take place during work hours in places that would be jam-packed with workers and people completely devoid of human life. City blocks just empty. Scenes otherwise shot in abandoned parking lots or demolition areas. Anything and everything done to avoid having to pay additional extras to mill around or otherwise fill the screen. It’s noticeable. And super-strange. I suppose they blew all their money on Eccleston and Stephen Rea? Whatever the case, the obvious avoidance of the hubbub of human life made the whole thing feel more like an insular stage play than this integral piece of peak art.

So, the plot. Man, I wish I could even close to do it justice. But let’s just put it out there that our presumptive main character, DI Jonah Gabriel (Chiwetel Ejiofor), has a really obvious biblical name and a bullet in his head that has given him amnesia. Ah, the old amnesia thing. How… perfectly convenient. Because a person who has no memory of what he may or may not have done makes for a very unreliable narrator — or one we have to believe because that’s the only story we have. Or is he just faking the whole thing because he’s just another crooked cop? Thing is, Gabriel’s earnestness leads us to believe pretty much from jump that he at least believes what he’s saying, even if the evidence that he uncovers about himself may lead his conclusions elsewhere. Was he a good cop? Or was he a crooked one who was shot in the commission of a crime? That’s the shadow line, my friends! But it’s also pretty evident from the jump that he’s a good guy — if not a bit of an asshole.

But he’s surrounded by shadiness. Even within his own police force. A boss who kinda sorta seems to dislike him and snarkily smokes cigarettes in his office and doesn’t seem to trust him. But also seems to trust him implicitly. Honestly, it’s pretty confusing. And then there’s this whole cloak and dagger drug organization thing. The right-hand-man, Christopher Eccleston, who is a flower wholesaler guy by day and a drug runner by night. But… he’s just continuing to run his old partner’s drug running business after he’s assassinated because his wife is in the throws of Alzheimer’s and he needs money to pay for a home nurse. The shadow line again! Doing bad things for the right reasons. Never mind the fact the heroin he’s importing will probably end up killing hundreds of London youths. Whatever, it’s for his wife — which is actually for him. And then there’s a dude named Gatehouse. He’s the creepy, quiet dude who lurks behind the scenes. Played by Stephen Rea, who makes some very interesting acting choices. And when I say interesting, I mean kind of awful. He mumbles and talks real low and is just strange in a really unappealing way. Not unappealing because he turns out to somehow be this unkillable psychopath, but unappealing as a TV character. He’s hard to watch and, honestly, seems to be doing his best to ruin a show that already has some questionable acting. Because on the opposite side of the spectrum is Rafe Spall, who is also a psychopath, but one who laughs maniacally, bugs his eyes and pretty much would never be treated as a normal human being if one were to meet him in real life.

Ultimately, the narrative is way too complicated where it counts, and too over-the-top silly where it doesn’t. I still can’t figure out what the hell Stephen Rea was doing as he grim-reapered his way through the series. And while I remember Eccleston as pretty over-the-top on The Leftovers, it seemed to fit way better than his hang-dog, yet anguished performance in this one. It’s fine to have characters cry, but too much is too much. We need some modulation. Especially in what amounts to a twisty, but very sparse crime drama. Just tonally, the rickety visuals and framework of the show couldn’t support the heaviness of the emotion that they tried to layer on top of it. It was like our student films we made where someone sat in their poorly lit dorm room yelling at the ceiling about how god had forsaken them. The whole thing just seemed cringey. And, look, maybe it’s because I don’t know 2011 British TV. I tried to watch the new Dr. Who starting with the first season in 2005 (and also, coincidently, starring Eccleston) back a few years ago and found it to be completely unwatchable. Something about the low-rent production and Britishness of it just turned me off. So I imagine there are those out there who really liked the intricacy of this plot, combined with the weirdness of the conclusion and the uneven acting. But, to me, it felt like fighting through all comers to win a championship only to find out the prize is a coupon for $5 off a meal at Chi-Chi’s and one of those Chinese fingercuff things that break the second time you use it.