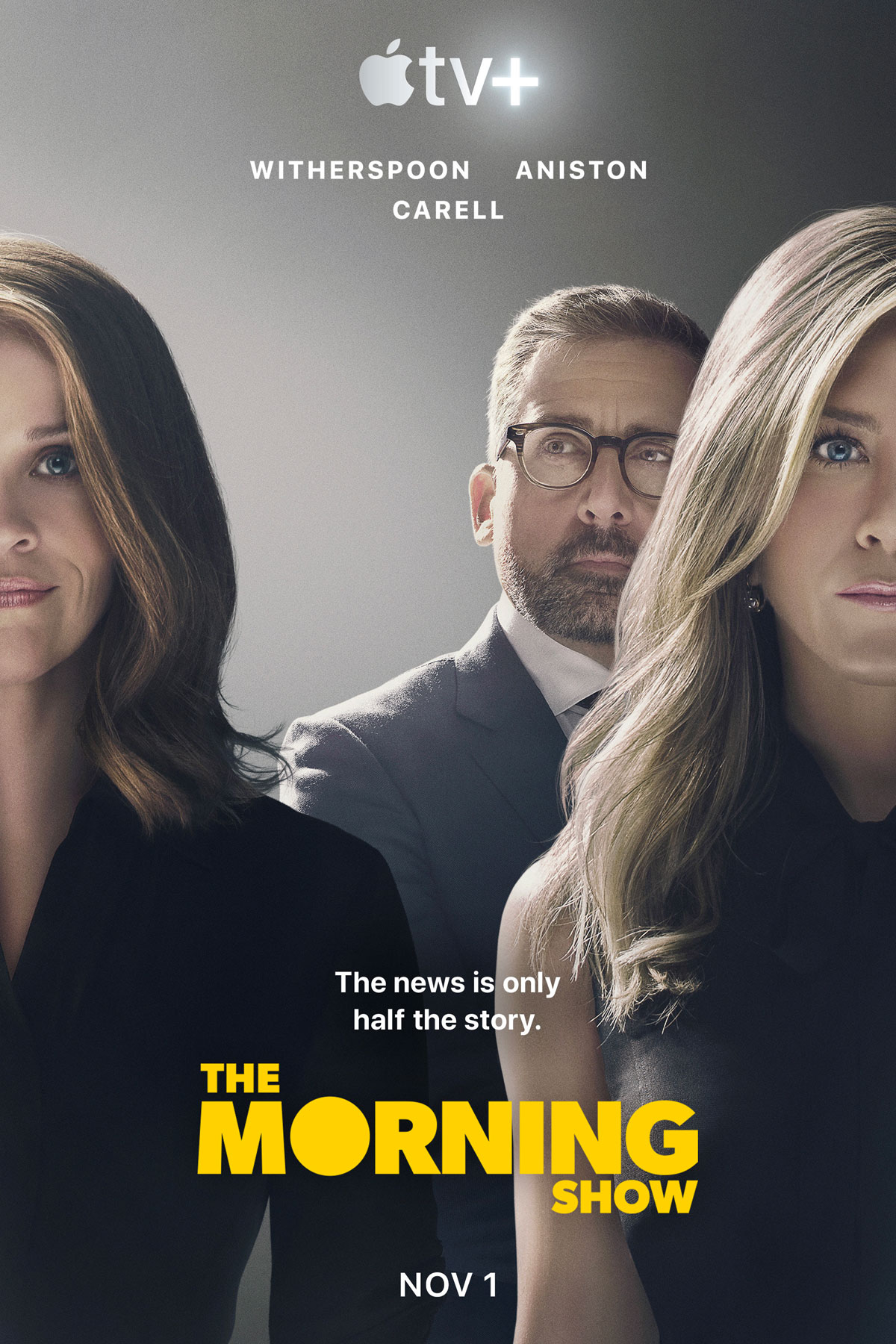 This show — boringly named The Morning Show — is inarguably the flagship franchise of the fledgling Apple TV+ service. And it’s a big-ass swing. You literally take the stars of three of white America’s favorite shows of the last three decades, Friends’ Jennifer Aniston, The Office’s Steve Carell and Big Little Lies’ Reese Witherspoon and jam them all into a workplace drama and you’re going to make news. Make Carell a sexual predator and pit the two ladies against each other in a generational battle for supremacy and you have a news-worthy vehicle that is bound to attract at least a look from every affluent 40-something on the planet. And who buys more Apple products than them?

The story here is a simple one. Mostly because it’s essentially the Matt Lauer story. To the point I’m surprised the guy didn’t sue for stealing his intellectual property. Not that sex criminals should get to own their own narrative, but it does seem like a ripped-from-the-headlines thing. In fact, if you edited this show down considerably, it could just be an episode of Law & Order. Minus the law. And the order. I guess. But you know the story: America’s morning show darling, Mitch Kessler (Carell), gets justifiably accused of being a scumbag sexual predator, loses his job and everyone in America is shocked. Turns out he’s an egotistical, entitled shithead who has a button under the desk in his office to close the door behind unsuspecting young staffers. Right out of the Lauer playbook. It’s a direct rip.

We get to watch the very Aaron Sorkin-ish thing where people walk and talk (quickly), the camera swings wildly and goes from convo to convo while we experience a behind-the-scenes unraveling of a network television show. It’s a mashup of two Sorkin efforts, despite not being a Sorkin show: The West Wing and The Newsroom. I don’t want to say it was Sorkin light, but it was kind of Sorkin light. Not so much an homage to his style, but definitely the equivalent of a tribute band. A tribute band that, like a lot of guys who get together to copy their idols, misses out on some of the magic of the original. In this case it’s the whip-smart dialogue. There is some Sorkin swings at humor, mind you, but it’s out of balance in a strange way. The subject matter too fraught to make light of and the heavy stuff just a little too after-school special to be artful.

You can kind of see what they were going with in the casting, though. Both Aniston and Witherspoon can obviously do funny. Duplass has made a career of playing the put-upon white guy. The gentile Woody Allen character, which is, ur, awkward in this context, I guess. So, Duplass can do funny. And Billy Crudup is bizarrely the funniest, best thing about the show. His smirking, but deadpan performance as the head of the news division is low-key hysterical. It’s just such an oddball character who the writers clearly enjoy employing as a chaos agent in the middle of all the political nonsense that governs a major corporation. Oddly, the least funny and engaging character is Mitch himself. The guy at the center of the controversy, who just kind of comes off as a stand-in for awful, egotistical men everywhere. His character is kind of flat, not particularly nuanced and definitely not funny.

Because the narrative of the show cleaves so closely to the Matt Lauer thing, it’ll be interesting to see what they do in season two. This was definitely an entertaining season of television with some good performances. The plot seemed to circle a little as we see the unfolding reckoning of Mitch’s actions on a group of co-workers and a corporate entity trying to save its product. Some of it was well done and some of it a little too heavy-handed. But there’s enough investment in the characters to want to see where it goes. The question is, how do they move beyond the original sin and make a series out of it without everything just continually spiraling toward that center controversy? It’s not as though they had multiple seasons of The West Wing focused on torture or something. They will eventually need to move on, which could be a delicate dance, but also necessary to propel the series forward. And I, for one, am in if only to watch Crudup and maybe even creepy Roman Polanski stand-in, Martin Short, do their thing. Because creepy Martin Short is the best Martin Short.