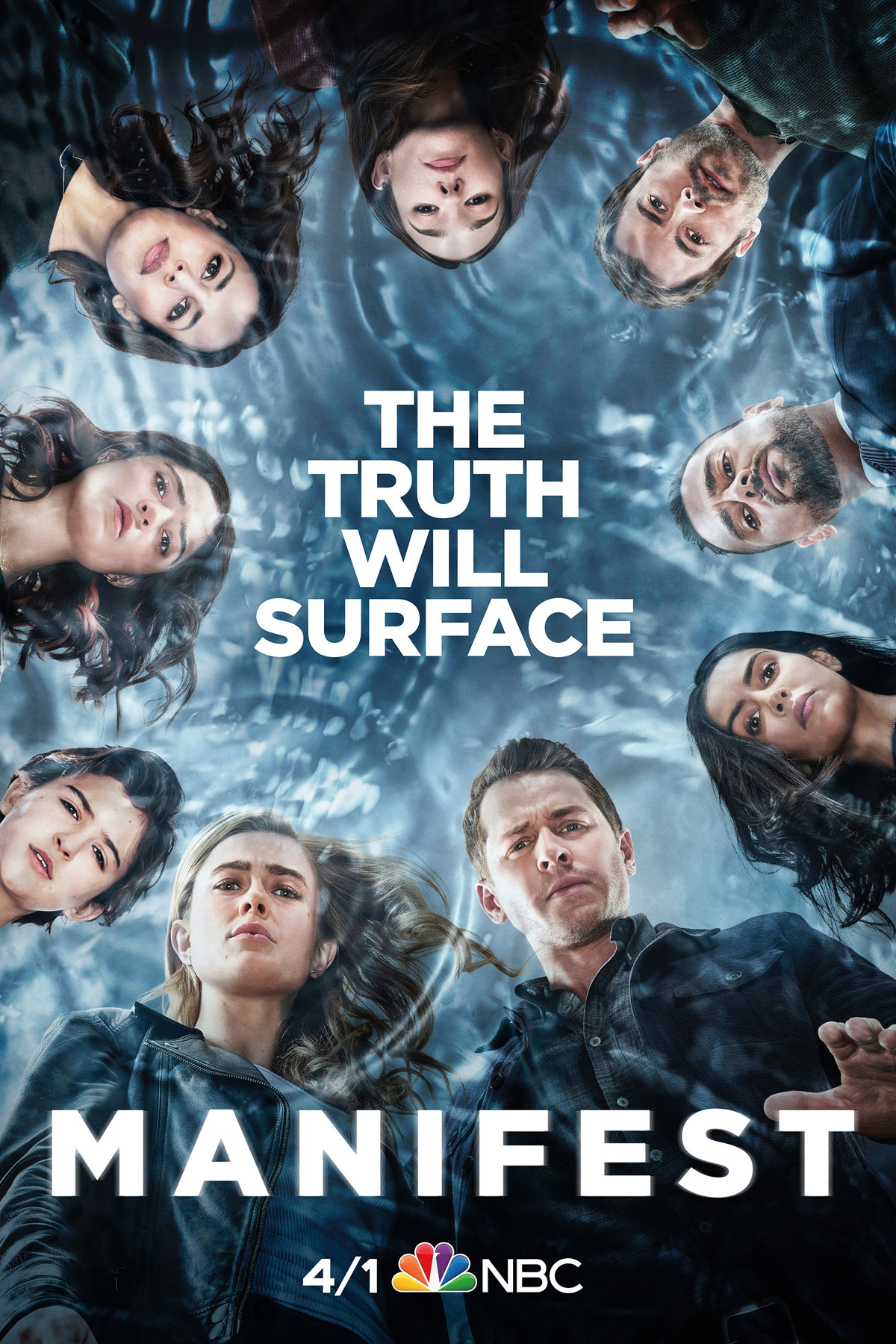 Did you ever have one of those actors whose face just makes you angry? Like looking at him on screen just straight pisses you off? Mine is now Josh Dallas, star of this god-awful, piece of mainstream garbage known as Manifest. I suppose it’s only partially his fault. Removing his glasses, squishing up his face. Deep sighs. Throwing himself around like a Walmart toddler. But it’s the writers who constantly put the “I have to protect my family!” words in his stupid mouth. Over and over again. Ninety percent of the time while he’s grabbing a coat to run out the door to chase ghosts, leaving his vulnerable family alone in the house to be attacked, kidnapped or worse. Fucking idiot, this guy. In fact, almost every character, when faced with a choice, makes the wrong one. I hate them.

Here’s the concept. A plane takes off from Jamaica and lands in NYC five-and-a-half years later. To everyone on board it seems like it’s only been a few hours. And they haven’t aged a day. But everyone not on the plane — kids, family, etc. — has aged five-and-a-half years. That’s it. And, frankly, it’s not a terrible premise. You could do a lot of personal stores about how people grieve and then move on when they think their father, brother, husband is dead and never coming back. And what it’s like to return only to have your children age without you, parents die and wives get married to someone else. And to you it’s only been less than half a day. The moral quandaries!

But, no. This is NBC and we have to have this bullshit supernatural thing that the aforementioned asshole calls “callings.” Obscure and confusing visions that seem to indicate that someone is in trouble. Because what to do with a good premise but to screw it up by turning the show into a catastrophe-of-the-week procedural? And this is what this is, ultimately. Ben Stone (Josh Dallas) stands at his absolutely absurd garage TV-trope string board full of red yarn, photos and press clippings trying to untangle why this particular group of people were on this particular plane and are now — like him — having these apocalyptic visions. That is when he or one of his family members isn’t having a very specific vision that sets them up for that week’s good deed / saving adventure. Visions that can’t just come out and say “Hey, dude, there’s a kidnapped girl in a garage over in Brooklyn on the corner of Driggs and whatever.” No, the visions have to be these goofy puzzles that the characters have to untangle. Because how else are you gonna kill sixty minutes of valuable air time?

Did I mention that Ben’s sister, Michaela (Melissa Roxburgh), was also on the plane and happens to be an NYPD detective? Huzzah! So she plays his reindeer games, jeopardizes her job every two seconds and is generally just a terrible cop. The two of them spend a lotttt of time together. Like an unhealthy amount of time together. To the detriment of their significant others and Ben’s family who, like I said, he’s always saying is the most important thing in the world to him. Even though he is literally running out the door on his wife and two kids in just about every scene to go save some other passenger or rando. Or to see his sister. Leaving his young son, Cal, to bear the brunt of whatever these “callings” are. Because this kid is somehow the most in-tune with all these visions, often times manifesting them physically and often times sweating or bleeding an awful lot. But, hey, some dude needs help changing a tire in Queens, so gotta go!

And, look, I don’t want to “spoil” things for those of you who really want to take this on, but suffice it to say that somehow other folks start to get the same “power” that the folks from the plane got. And there seems to be absolutely no rhyme or reason to it. They start to get these callings, which they are supposed to follow no matter what. Or angry-ass Ben Stone will yell at you unnecessarily and get all huffy and shit. God, his character is so annoying. And then, failing to find anything beyond a really surface conversation about the implications of this lost time, the creators decide to start the “maybe it’s god” conversation. At which point I almost threw the remote at the TV. But Ben Stone isn’t worth that shit. Because both Ben (who is some sort of theoretical mathematician) and scientist, Saanvi (Parveen Kaur), are supposed to be our skeptics, but even they eventually explain all of this by like looking at the sky while they talk about angels and practically genuflect. It’s gross middle-America pandering and I hate it.

And, look, we all know this whole thing is just a giant blender job. The creators watched all the seasons of Lost and The Returned and maybe even The Leftovers and were like, “How can we take all of these really decent shows, run them through the network vanilla machine, hire some incredibly mediocre [and cheap] actors and maybe add a Christian bent and sell it in some sort of sci-fi or supernatural package to the suits? Oh, also, have you read The Langoliers?” It’s almost shameful how they torched what was otherwise a really promising setup and just didn’t go there. They got all milquetoast-y with it. Which is why the good creators go to places like HBO, I guess. Where they have a bit more space to take chances and go dark. Instead of us having to watch this Ben jerk constantly holding his head in his hands and this other jagoff cop (and former almost-fiancé of Michaela), Jared (J.R. Ramirez), act like a jealous brat the entire series. And somehow suck even worse at being a detective than Michaela. We won’t even go into how they keep placing the high-school-aged daughter (who doesn’t seem to actually go to school) in the romantic company of older men. Including one she met as a child and ends up sleeping with because he lost five years and is now somehow on the edge of acceptable age-wise. Or how the son — who is literally at the crux of everything — just kind of disappears for a large chunk of a season with no explanation and then just reappears all of a sudden in his room looking weirdly older (before he shows up again as a completely different actor). Because, of course, casting a pre-pubescent boy in an important role will lead to foreseeable issues with him, I don’t know, aging normally.

This whole affair probably wasn’t meant to be binged. It uncovers the incredibly repetitive pattern of characters in jeopardy and Ben’s remitting repeating anguish. And the fact that the show’s creators — despite claiming they had a plan — didn’t really have a plan beyond season one. Throw in some nonsensical ancient texts and make the teen, high school daughter a sudden expert in archeology because she met a cute emo boy at a college. And disappear a character only to, poof, bring him back because it was… a double-cross government cover-up. And on and on. It’s not as if it doesn’t feel incredibly familiar with how other network shows keep themselves going by dropping narratives that just kind of peter out, or de-emphasize characters who are clearly not working out, but this one feels like it had the right setup but just kind of squandered it through not-great writing and some super-sus acting choices. So, it’s not surprising NBC canceled this thing after three seasons, but also not surprising Netflix picked it up for a fourth and final season, because they recognized the potential and thought that maybe they could right the ship by infusing some new blood. Or at least that’s the hope.