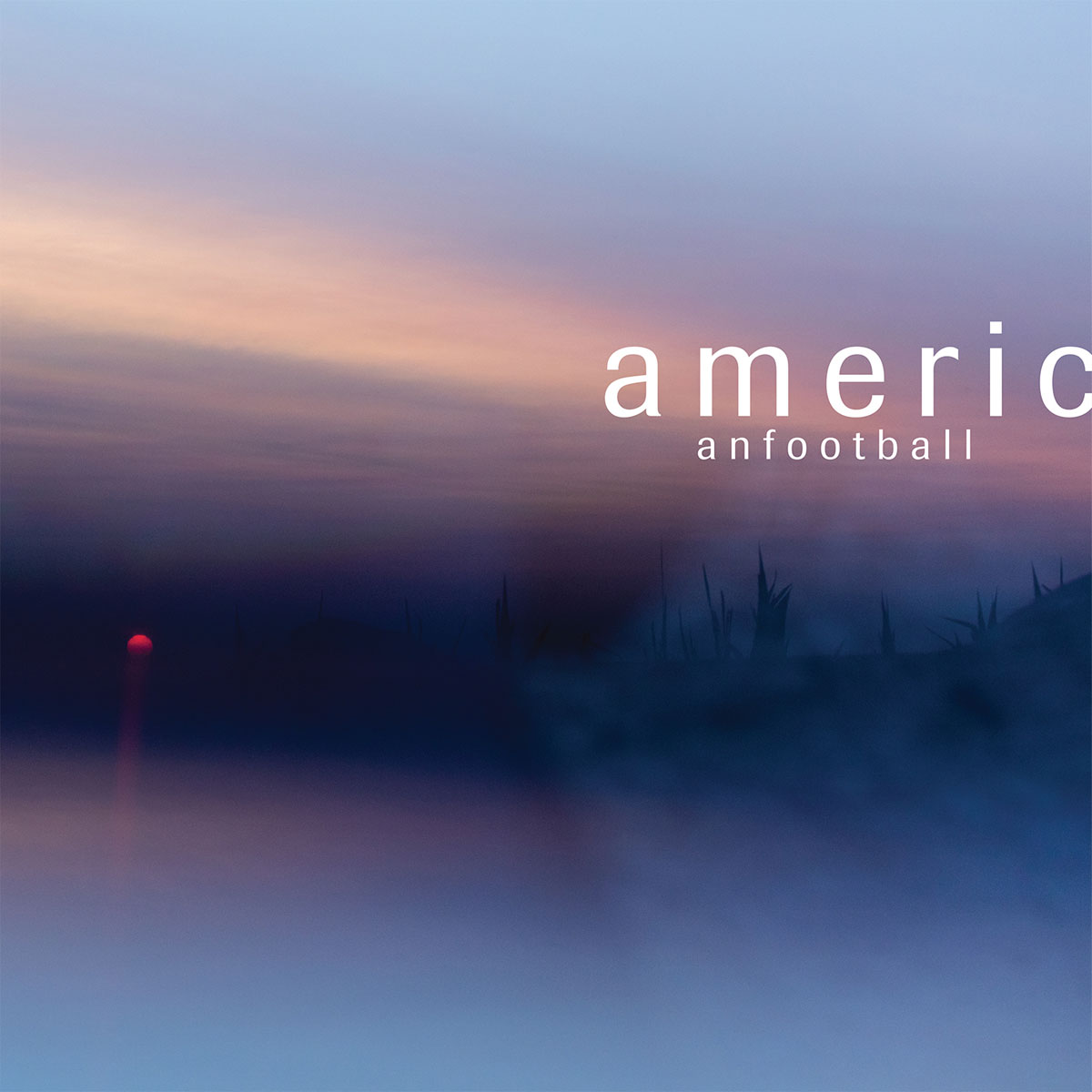 I’ve gone on record to express my dispassionate shrug for American Football and their brand of nutless emo-ism. It’s not that I don’t appreciate their musicality and their ability to disappear from the scene for seventeen years between albums and come back with something that sounds remarkably similar — and equally nutless. This, their third album over a span of twenty years (and three years after that last, long-awaited second album), is, once again, self-titled. It seems like an intentional nod to Sunny Day Real Estate and their inability to name their second album anything other than LP2. This, I guess is LP3. Lame.

The thing is, the music does sound pretty good. The production is solid. The musicianship is solid. It’s actually very pleasant in an acupuncture waiting room kind of way. Or like a strange 80s soft-rock mellotron-driven soundtrack tune played at a slow dance with the two high-school leads. I can just see them swaying under the disco ball and the band in their powder blue tuxes. It’s a version of the 80s that would be way cooler than it actually was, but still…

To think that this band was ever connected to anything hardcore is pretty comical. Track three, “Uncomfortably Numb,” guest stars Hayley Williams from Paramore for god’s sake. And, like the rest of the album, it’s a glistening, chiming ode to something that I’m not sure I understand. There is absolutely zero edge, zero grit, zero anything beyond layered, angular strumming, some flute-sounding something on one track and some jazzy drumming in parts. I can’t say I hate it per se, because they give you so little to hate. It’s vanilla music made for nobody in particular. Lovely vanilla music, but vanilla nonetheless.

Perhaps I’m missing something? Or, more likely, not getting something I should be getting? After all, I watch movies all the time that people smarter than me say are great and I think are total trash. And there are albums and movies that I really enjoy that I’m supposed to hate. I just don’t understand who this is for and what exactly this imaginary person is supposed to like outside of the nicely produced, nice-sounding wallpaper. Like Pinback with all of the urgency ripped out. Or Modest Mouse with its nuts ripped off. But I suppose that’s what American Football has always been and always will be. And that’s why I’ve never liked them and never will. Sorry, midwestern “nice” emo, you’re dead to me (even if you really died twenty years ago).