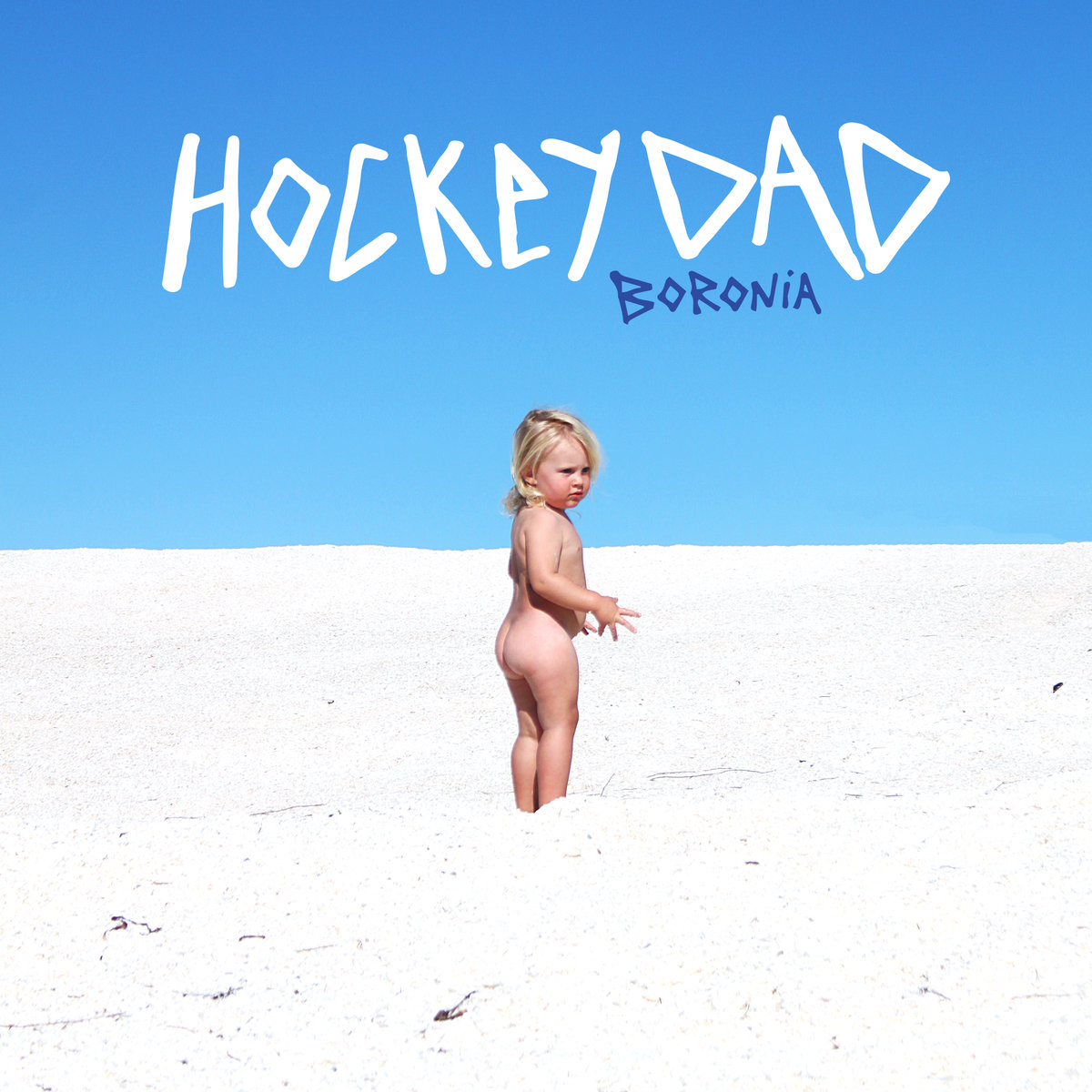 There is nothing more exuberant on this planet than young Australian dudes. Hockey Dad, indeed a couple of teenagers from New South Wales, are what appear to be two skater-surfers who discovered that a simple guitar and drum setup can bring happiness to the masses (or at least the tens who have listened to this record). Granted, every single photo of them seems to contain at least one, if not both, of them flipping the bird in an almost mock-punk posture. But they are far from punk. They are more in the surf pop, fuzzy, sunny laid-back tradition of guys jamming for their friends after a day of shredding the neighbor’s empty pool. You can almost see that burned-out, over-exposed film stock from the 70s showing kids in shorter-than-they-should-be-shorts with their blonde hair whipping around in slow motion as they crest the lip of said pool over and over again. It’s not something that’s necessarily going to drive you to change the world or break furniture or start a riot, but the first half of the album will certainly have you wondering why similar bands like Yuck get notice while Hockey Dad ends up a latter-day Jebediah.

The album itself isn’t really breaking any ground per se, and the limitation of a two-piece (and, by the sound  of it, sometimes a three-piece) are limited in terms of the sonic footprint they can lay down, but there’s something familiar, but infectious, about the album that, through the first six tracks, really makes you just want to give the thing a hug. The last few songs are a little less than, but still pretty on point for an album that one could put on repeat and pretty much never grow tired of. I’d hate to call it “pleasant,” because that sounds like a death sentence for an indie pop rock album, but these youngsters have certainly tapped into a vibe that engenders a pretty damn chill vibe that still rocks without being boring, staid or lame. The album certainly isn’t going to set the world on fire, but it makes for a great end-of-the-summer spin before the literal chill moves in.