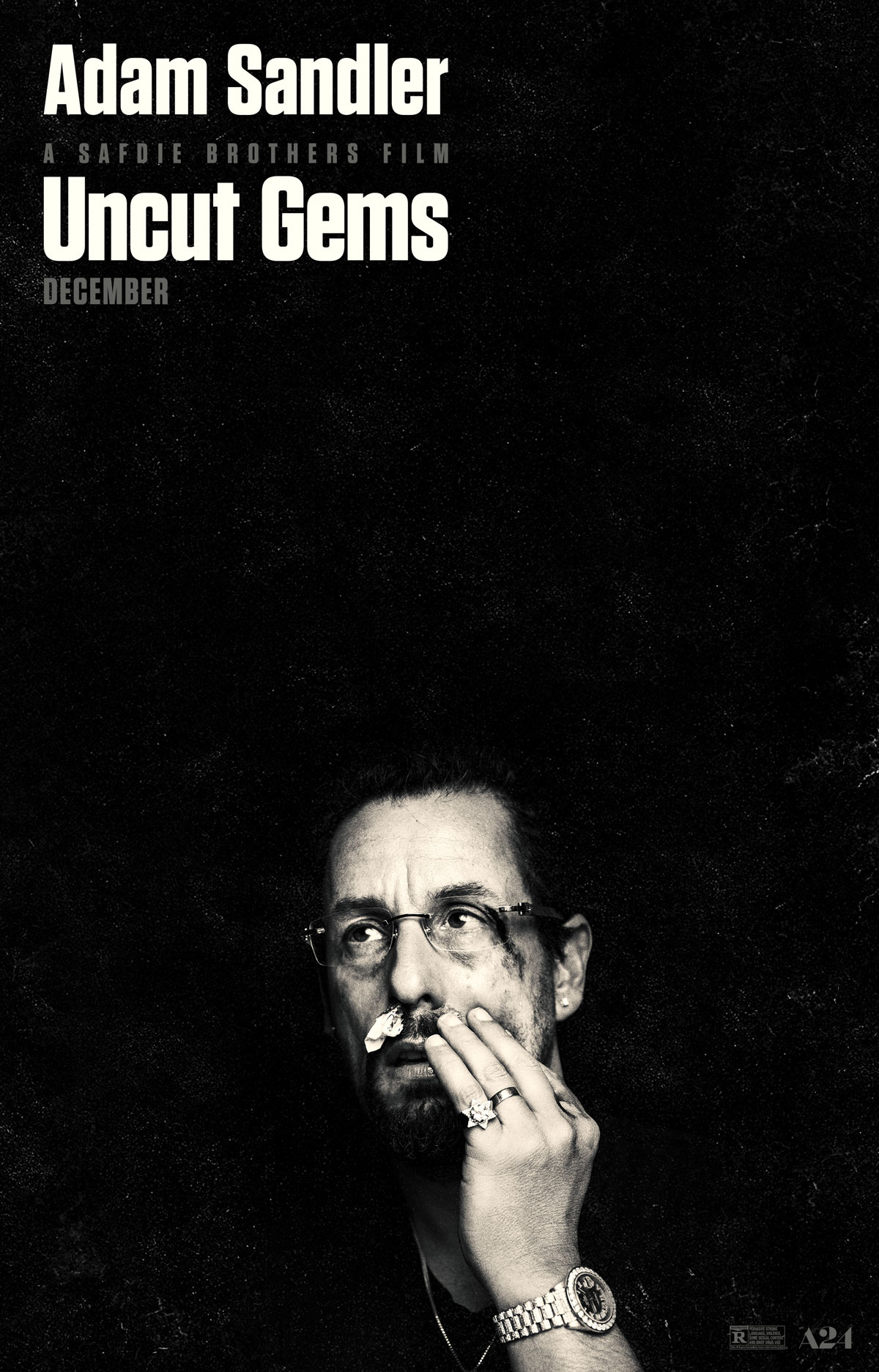 It seems Hollywood is always looking for a return to some time in its past that Hollywood types consider their golden age. For some I’m sure that involves male/female road movies with witty repartee. And for others maybe that’s synchronized swimming and harps and shit. But for others in the Uncut Gems camp, that means that seventies, gritty style that feels barely scripted, hectic and raw. So I imagine the Safdie Brothers and their NYC hellscape portrayed in their films blew that sector of Hollywood’s minds.

The thing that surprises me is that the general public was also clamoring for something so dark. So utterly depraved and weird. Or maybe they weren’t. If you look at some of the review scores from average people, they were not particularly pleased. You have to assume some of that is Adam Sandler fans showing up expecting The Waterboy or even something a tiny bit more serious like Funny People. And then being horrified that it made Punch-Drunk Love look like an episode of Looney Tunes.

Imagine it: you walk in expecting Sandler doing his baby-voiced thing while getting hit in the nuts, and instead you witness Sandler as the world’s most annoying, sweaty philandering degenerate Jewish gambler and diamond dealer. And not like Ben Stiller Jewish. Like Elliott Gould shot through with a little Barton Fink and the psyche of Woody Allen on crank. He’s incredibly flawed and unlikable and not incredibly smart. He’s a washed-up jeweler to the stars who was last relevent back when Furbies were the jam. Meaning, that even though the film takes place in 2012, he’s been a has-been for a minute.

So the only way to not be a footnote is to take big swings. In Howard Ratner’s life that means getting a chunk of rock embedded with rare black opals from a couple of Ethiopian miners. It’s unclear exactly how this deal comes about, but it’s what he perceives as his ticket out of the gambling hole he’s put himself in. A gambling hole that becomes a wild diamond district Ponzi scheme of robbing Peter to pay Paul. Or handing out fake Rolexes stolen from a business partner to put debtors off until he can get something out of hock to pay the vig on a loan to pay a bet before his legs are broken by the world’s scariest loan shark heavy. This whole circular craziness starts as a whirlwind and ends up a category five shitstorm of insanity.

The weird part is, Sandler doesn’t play that far from type. Sure, he’s cussing way more than usual and is discernibly ethnic and hateable, but his manic selfishness and over-the-top mood swings read pure Sandler. But put him against the backdrop of his native New York City instead of the usual suburban or rural nowhere that he usually inhabits and you have an actor who takes it up another level. A puzzle piece that just snaps into place. And this. This is the magic of the Safdie Brothers. This kinetic energy that is both incredibly off-putting and brain-melting. The fluidity and off-script nature of the whole thing. The bizarre directing choices that feel like a b-movie from 1978.

It’s all honestly almost too much for me. The constant tension. The clear ad-libs and loose physicality of everything. Almost as if they’re making things up as they go along. It’s unhinged to a degree. And I suppose that’s what makes it exciting. But for me the constant shouting, people talking over one another, scenes that are either too dark to see what’s going on or the motion too fast to understand what’s happening is tough. It’s a choice, obviously. But it’s just a choice I don’t enjoy always and all the time. Do I love watching Sandler weep while snot and spit drop from his face? Nope, not at all. Do I love watching over two hours of people just being awful and, frankly, terribly irritating? Hardly.

But, the question is, can I appreciate it? I can. I get why critics liked this film — or at least praised it. Because there’s very little chance they enjoyed every minute of it. The same way there’s no way one can enjoy a car crash. You can be fascinated by it and appreciate aspects of it, but in totality you can only hope to look away. But, like that crash, you can’t help but watch to the last inevitable moment where Kevin Garnett will always be Kevin Garnett and guys like Howard will always be schnooks.