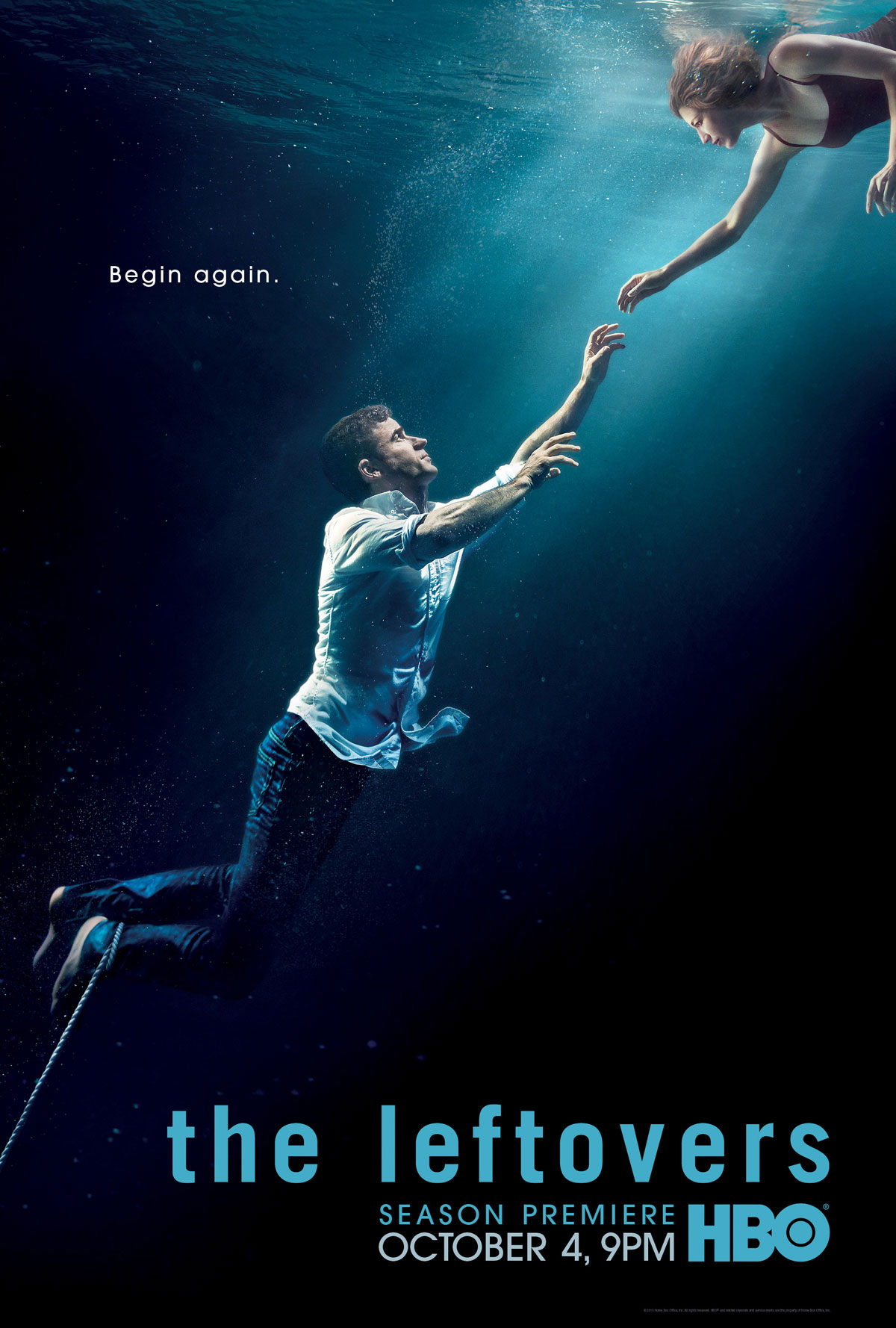 The Leftovers season one was one of those television experiences that both filled with me anticipation and dread on a weekly basis. It was so heavy and overwhelmingly serious that even when I loved it I kind of hated it. Not hated it like I’ve hated the last two seasons of American Horror Story and the way they wasted a good premise and spoiled a decent cast with utter and complete nonsense. But hated it in the sense that I liked it so much, but knew that it sat just on this side of brilliance. And I left each week just feeling depressed and disappointed with the choices it made. But always looking forward to the next Sunday. It seems to be a pretty common relationship with this spate of deadly humorless programming we’ve been hit over the head with in the last decade, mostly coming out of the UK and thereabouts (see Happy Valley, The Killing, Broadchurch, Top of the Lake, etc.). But the best shows of this ilk have always been ones that have found at least some humor somewhere in the seriousness of it all. Moments of lightness that break through the dark and make it so we don’t all want to just light ourselves on fire every Sunday night.

But then the creators of the series, Damon Lindelof of Lost most prominently, hit the reset button on season two. They took the core cast and moved them out of the generic upstate New York town of Mapleton and shipped them to Texas. Mapleton was supposed to represent a microcosm of the world after “the departure,” when 2% of the world’s population vanished. It swung from person to person and showed how they dealt with the grief that obviously fell upon everyone after their friends and family poofed. It was assumed that this was some sort of 911 allegory or parable or whatever it is you call a story that’s similar to another in order to illustrate its effect. Sorry, my Google finger isn’t working tonight. But this season they decided to tell a more specific story, one that wasn’t so vague and coated in sadness. Sure, there is still plenty of suffering and anger, but with the move to Jarden, TX (yes, as in Jarden of Eden — and, yes, there’s a character named Eve there) there is a much more specific story to tell.

Jarden is the one town that lost absolutely nobody during the departure. And because of this it is deemed to be special. The country has turned it into a national park and a bunch of religious weirdos and hippies are camped outside just waiting for god or Jerry Garcia to lead them into the promised land. It’s like one of those awful music festivals, but with way more Jesus imagery. Anyhow, unlike the first season where we’re just kind of getting aligned with the world after the departure and watching people be all mopey about it, this season really harkens back to Lost, where there are mysterious things going on to be sure, but everything in grounded in an idea and a group of people that we care about and want to see succeed no matter the circumstances. In other words, the drama of the season is all tied into Kevin (Justin Theroux) trying to keep his struggling family together, and this odd world that he has stumbled into of Jarden is just backdrop to it all. The story is about faith and family and not, like the first season, about the departure itself. Okay, yes, there is lots and lots about the departure, but somehow Lindelof has made it about much more, just using the strange world as a vehicle.

And then, of course, there’s purgatory. There are two separate occasions in which Kevin enters purgatory, and it’s some of the most compelling television out there. Even though it’s bizarre, it’s awesome in that inventive way we know only television (and the occasional Charlie Kaufman movie) can be. And it also provided some wonder and some of that lightness that was missing from the slog of season one. Even watching Kevin lose his mind has moments of levity as he verbally and emotionally spars with a dead Patti Levin, who is either a ghost or a figment of his imagination. But as the actress who plays Patti, Ann Dowd, said (as a native of Massachusetts), she intoned her favorite grumpy asshole, Bill Belichick, even imitating his hang-dog face and modulated anger. It’s pretty damn entertaining.

The other thing the writers of the show managed to do is tell a tightly-wound story with very few loose ends and somehow made all of the pieces circle back and connect throughout. It was an impressive bit of puzzle-making, something that movies are able to do well in their 90 – 120 minutes, but is usually way less successful over the span of 10 episodes of television. And not only do they tie all the storylines together magnificently, they make each compelling and the end result completely satisfying. I imagine part of that is the fact they didn’t know if they’d get a third season, so they had to make sure that if this was the end, that it made sense and made the audience appreciate the footwork. And I, for one, certainly did. That said, it has been announced that they will get a third (and final) season, which is wholly exciting to those of us who love weird and wonderful television that proves that redemption, even in showbiz, is a real thing.