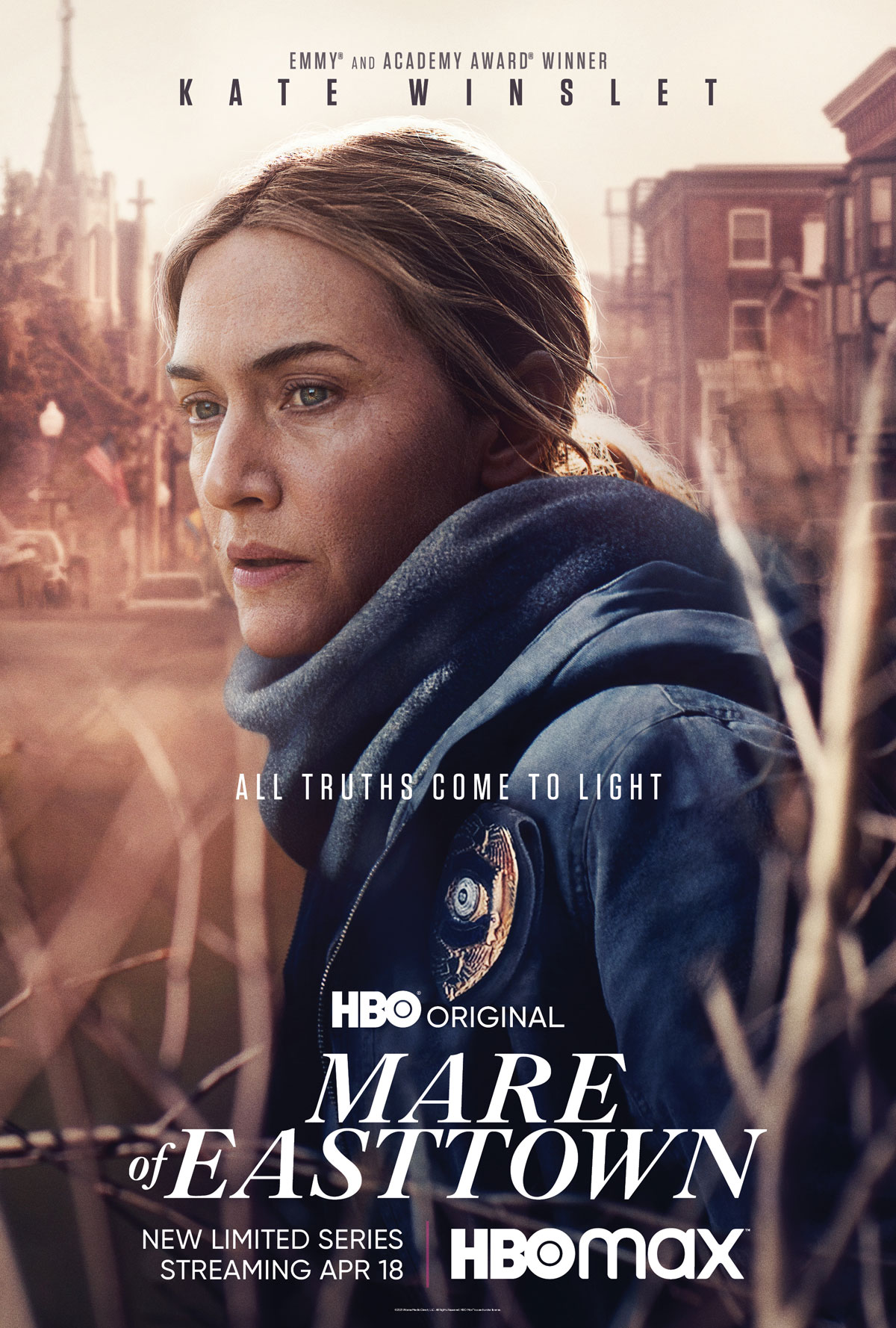 Perhaps I’m just an HBO fanboy or something, but the network knows how to make TV. Which is funny, considering it started off as the place where you could watch movies at home. It’s right there in the name: Home Box Office. Whatever the case, their mastery of making great original programming has garnered them a reputation that attracts great content makers. And even when the results aren’t great, the shows themselves are certainly of a very high quality and mostly ambitious. Even when they make seemingly “normal” television like Mare of Easttown. A show with zero dragons, zero aliens, no time travel and absolutely not a single superhero. Unless, of course, you’re talking about Kate Winslet’s acting!

In fact, Mare of Easttown is about as straight-forward of a story as one can tell. It’s a small-town story about a series of disappearances/murders and the small-town detective who is out there trying to solve them. Her name and the name of the town are right there in the title. Very simple. What’s not so simple is the life that Mare has built in this town. And, no, she’s not like a serial murderer on the weekend. Or running a meth empire. Or doing anything untoward, or even unusual. She’s just a divorced woman trying to raise a teen daughter and her grandson in a typical town rife with with its own societal problems. And, apparently, someone who likes to disappear at-risk young women. A town with all the typical problems of a working-class Pennsylvania town: opioids, alcoholism, domestic abuse. And secrets, of course. Always those secrets.

Mare is a minor hero in her hometown. She sunk a winning basketball shot for the high school her senior year that won them the championship. You know, the type of stuff that endears you to an entire populace when you’re the only game in town. Now she’s Easttown’s detective who also has to answer calls from old ladies who think they heard a bump in the night, all while struggling to find a the missing daughter of one of her old teammates. And a dead son. Her dead son. And the guilt that comes along with that, which is not helped by her live-in mother, Jean Smart. Who is not — how shall we say — nurturing.

All is just kind of rolling along until a girl shows up dead. The previous girl was just missing, but this one was clearly murdered. And now Mare needs to start from square one. And in a town this small, she knows the dead girl, knows the girl’s family, and the suspects are all friends, relatives or relatives of friends. She’s grasping at straws, while balancing an ex-husband who’s getting remarried, a daughter who is threatening to fly the coup to college, fighting a custody battle for her grandson with her dead son’s junky ex and stoking a burgeoning romance with new-to-town professor and National Book Award winner, Guy Pearce. All while talking in a thick-ass Delco accent, stuffing hoagies, Rolling Rock and Herr’s chips into her mouth and trying to balance out the fucked up lives of her other old teammates, who are all having their own spate of bad luck and tragedy. It’s a lot, but dammit if Kate Winslet can’t handle it.

When it comes down to it, the mystery isn’t really the point. Sure Mare has to solve the disappearances and the murder, but really she has to heal her town. All while healing her family and herself. A tall order in this unending crescendo of bad news. You’d figure that between this pall of sadness and the dreary setting of Chester and Delaware County, PA that this show would be wall-to-wall depressing. But the creators of the show infused it with a sense of humor throughout. Most of that heavy lifting on that front fell to Jean Smart, who is just amazing as usual, but they also used Guy Pearce and Evan Peters to add some normalcy to an otherwise rain-soaked, grey sack of sadness. And, sure, there is some heart-wrenching stuff and complex relationships to navigate. Including between Mare and her family and Mare and her best friend, Julianne Nicholson.

Frankly, I found what I feel like is one giant plot hole in the whole murder mystery solve, but somehow it’s less egregious when the rest of the show is so damn good. Of course, maybe I’m a total idiot and the plot hole I saw isn’t one at all, but I did certainly see a scene that was a little too close to a scene from The Silence of the Lambs to not either be on purpose or just be almost a straight rip. If you’ve seen that movie (and who hasn’t) and seen this show, you’ll know exactly what scene I’m talking about. But, again, I excuse its derivativeness and tonal outlierness because the acting and the core narrative is just so good. Because the show is about human connection, friendship, moving on from trauma and community. Which I suppose is what so many shows are about these days. But this one is so specific. So well acted. So well written. And just a solid piece of TV making in which the spirit of the characters feels real and lived-in and familiar in a way that isn’t reductive. Even if the lead is a blue collar PA detective played by a fancy-pants Brit.