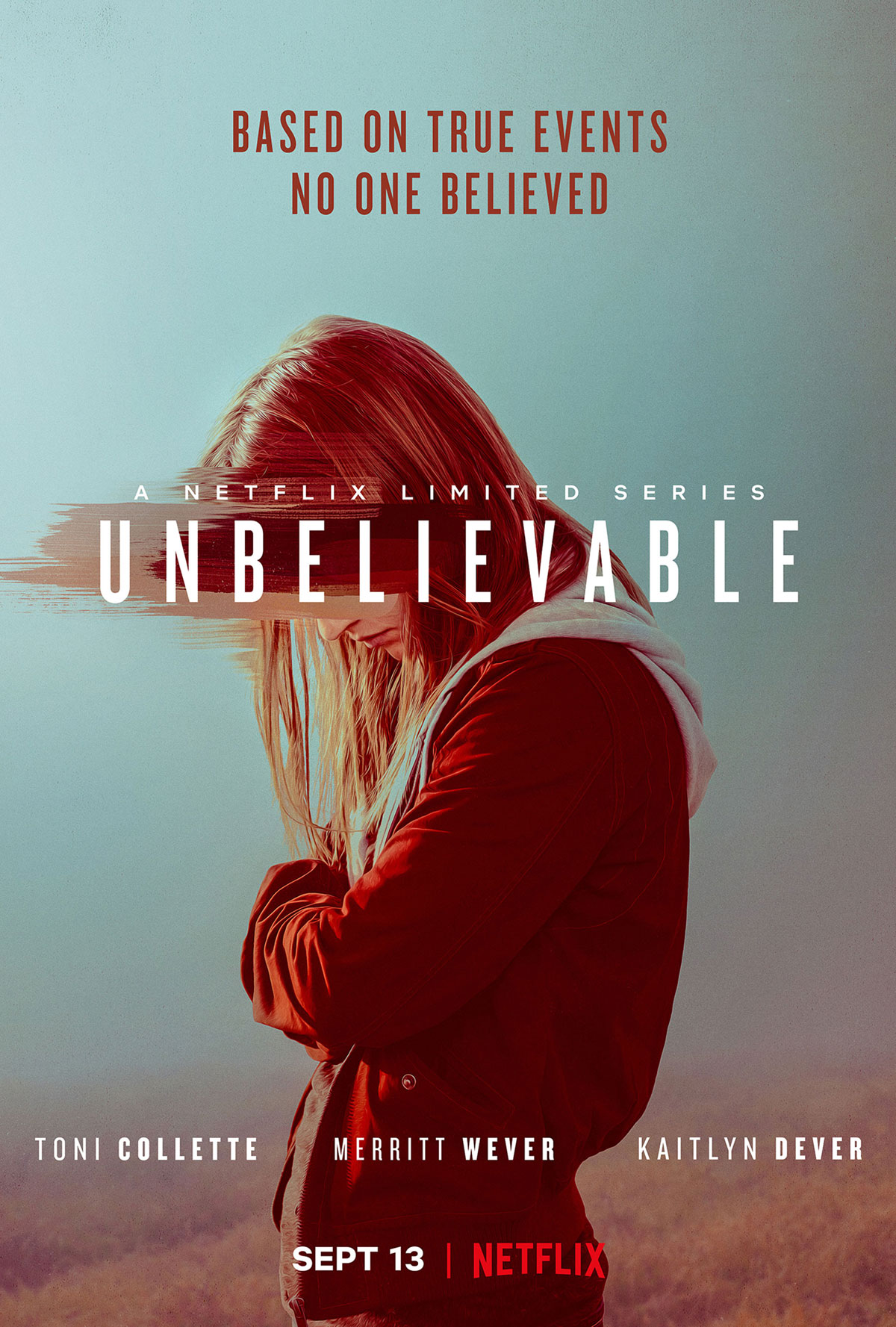 I had heard a lot of noise about Unbelievable before dialing it up on the Netflix machine. Most of it talked about its unflinching portrayal of sexual assault and praised it for looking at the crime from the victim’s POV rather than treating the crime itself as a secondary theme to the investigation into the crime. A show that starred the victim and not the cops looking into the victim’s experience.

This lead me to believe this was going to be a very cut-and-dry, very technical and heart-wrenching thing. A story about one survivor and her story. Maybe I misunderstood the reviews, as this wasn’t my viewing of it at all.

Sure, this was a show about one young woman, her complicated life and her rape at the hands of an intruder. A story she told the police that was then discounted mostly because of who she was. But rather than just following the fallout of that specific situation, we went wider to the investigation of multiple rapes that seemed to have a tie to this alleged assault that was deemed a fantasy.

And in that we fell into what felt like a pretty traditional police investigation show with Toni Collette and Merritt Wever trying to piece together what looks like the case of a serial rapist. Since this is based on a true story, I suppose it makes sense that we follow the police work, as we know how it ends up. But while we do see the impact of the initial assault on the original victim (played by Kaitlyn Dever), I can’t say that it was that different than other portrayals I’ve seen.

All that said, it is a compelling watch. Dever’s character — who has suffered a bunch of hardships in her life, this just being the latest — is kind of divorced from the reality of her situation. She first reports the rape to the cops. And then recants. And then, after talking to confidants, reports again. Only to be blown off by the cops as “confused.” Her reaction is basically to move on. Though nobody can really move on from the violence of an assault like hers. Dever plays it very low-key, her diminutive stature and quietness making her look way younger than she even is.

Because Dever’s portrayal is so kind of sad and understated, it elevates those of the two cops. Wever plays her typical quirky, fidgety, funny self. She’s supposed to be a relatively devout person, but is a dedicated and earnest cop. While the subject matter is serious, obviously, she brings a levity to the role with her quirkiness and the way she plays off Collette’s strident cop character. And of course Collette is excellent as well as the exact opposite of Wever’s. She’s convincing as the take-no-prisoners detective who just wants to crack the case at any cost.

But, really, this is ultimately a police procedural. A pretty detailed one. In fact, a large factor in the narrative revolves around the way their crime databases are set up. Because each is maintained in a silo these types of cases can happen in different districts and different precincts and never be investigated as related to one another. So we definitely step outside the core victim story line. They also focus on the mentor/mentee relationship between the two cops pretty heavily.

The entirety of the series is well written, well acted and well crafted. It doesn’t feel entirely different than a bunch of other similar series, but is a solid piece of television making.