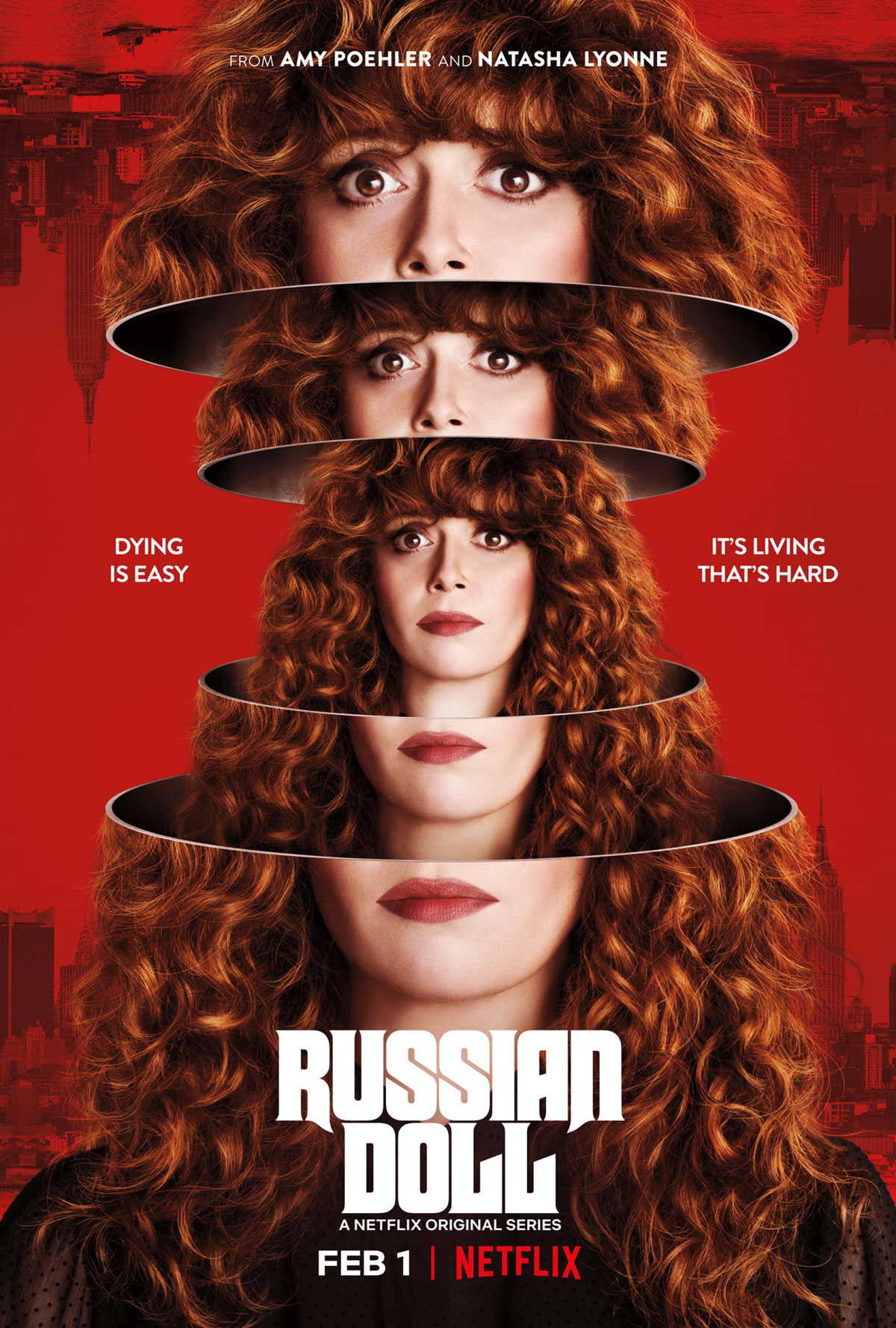 Russian Doll is a high-concept series that actually borrows its concept more than it reinvents it. Most will equate it with the Bill Murray comedy, Groundhog Day, in which a man lives the same day over and over again. And while it resembles that movie in structure, it feels more like a show like The Good Place, in which bad people die and then spend their time in a purgatory of sorts essentially learning to become better people through interactions with others, including those in their same predicament. Neither is a direct parallel, but you get the idea. Plus, this show has Natasha Lyonne, which those other two things do not. And she is the heart and soul of the series. Her and the East Village. The East Village and her.

So, beware. If you don’t like Lyonne’s manic, New York energy, you’re not going to like Russian Doll. She, and her constant f-bombs and hair acting (which is a thing I just invented) and eye rolling. Her cigarette smoking, thrashing and oddball habit of slipping into a remarkably Yiddish-sounding accent. It’s all a ball of craziness that makes her character, Nadia Vulvokov, incredibly dynamic, but takes some constitution to hang with.

The conceit of the video game restart is the plot of the show. Nadia is a video game programmer, so that makes sense. It’s her birthday, and her friend, Maxine, is throwing her a birthday party in her insane loft apartment. Oddly, it doesn’t seem like Nadia knows many of the people who have shown up to her party, which has driven her to the bizarro, artsy bathroom to reflect on her own image in the mirror. This ends up being the starting point with each reset.

Eventually another, uh, regenerator (for lack of a better term) joins her on her adventure. His name is Alan, and he is seemingly the ying to her yang. Or yang to her ying? She’s a mess. He’s super-neat. She’s out of control and he can’t break from routine. She’s irresponsible and loose. He’s controlled, but completely uptight. He is the light to her dark. But then we see that maybe she’s the light to his dark. Or maybe they both are half of each. But whatever the case, they are clearly intertwined in both their deaths and their lives.

Again, the plot here is kind of inconsequential. Sure, there’s a little bit of a mystery box, as we try to determine what has to happen with Nadia and Alan in order to get them out of their loops, but really it’s just fun watching them traipse around the same several square blocks of New York City interacting with weirdos and gradually figuring out each other and themselves. We get to go on the journey with them, which is kind of all over the place, but the show’s creators keep you on your toes enough that you almost don’t care that things barely hang together. And, really, it’s Lyonne that is the engine that makes this thing go. It’s her vehicle. It’s her show and we’re all better for it.