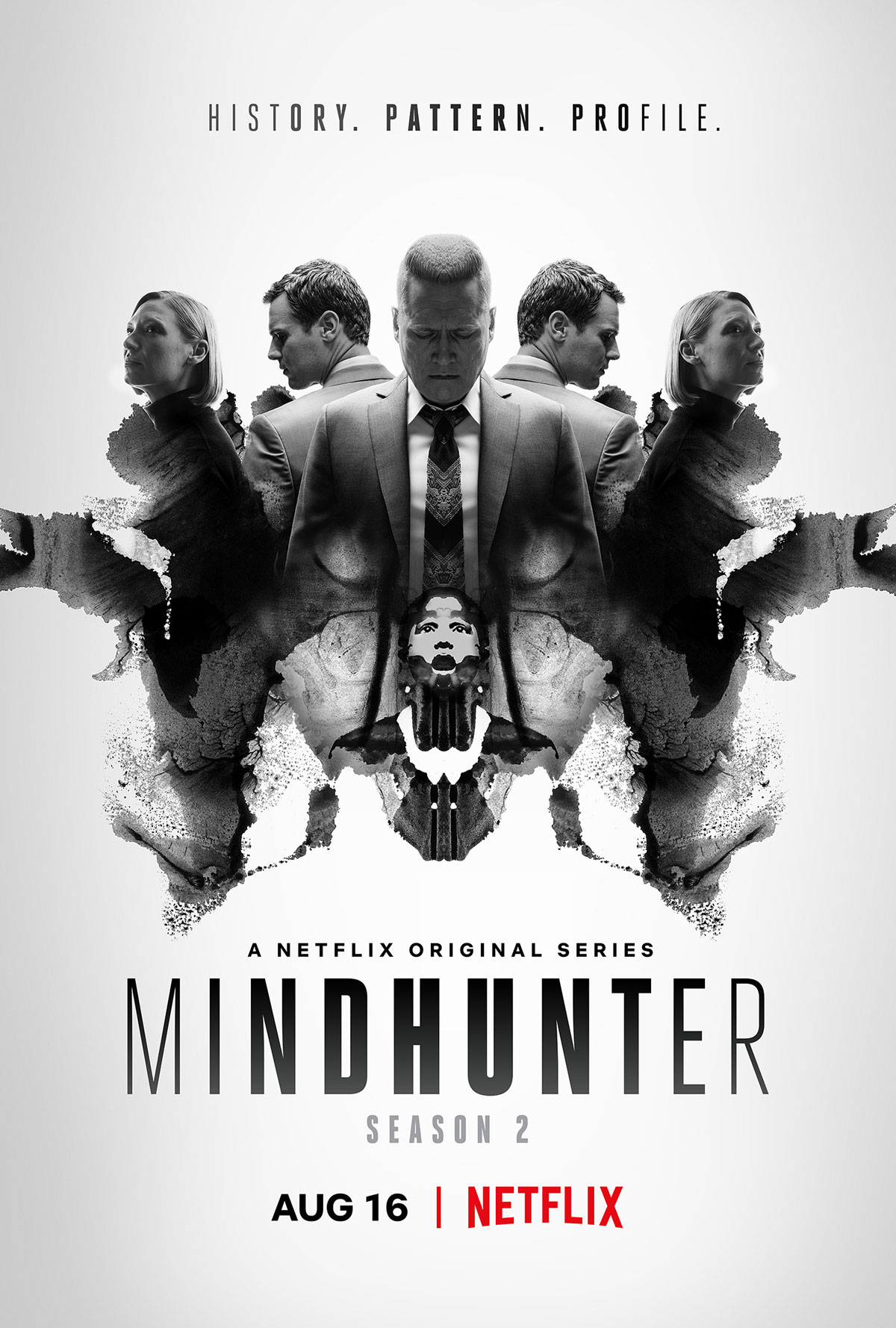 The first thing I want to thank the Mindhunter people for is getting rid of the girlfriend of the Holden Ford (Groff) character from Season One. Every scene with her was excruciatingly bad and was probably the sole reason Ms. Hipster bailed on the show. So thank you. She sucked. And now onto the serial killers and stuff because that’s what this show is all about.

This season focuses on a couple different historical cases. First is the BTK Strangler. Actually, we, as the audience, see that case unfolding in the background from the killer, Dennis Rader’s, perspective. It’s oddly just shown in snippets at the beginning of episodes and outside the ongoing storyline of the our main characters. That makes sense since BTK wasn’t caught until almost 30 years later. I suppose it’s some sort of narrative technique to frame the episodes and let us know that just because the FBI isn’t focusing on something doesn’t mean it’s not going on. Or something like that.

The majority of the season is spent on the Atlanta child murders. That and the dissolution of the personal lives of our three main characters in the special unit of the FBI that researches these serial killers. After his mental breakdown from season one, Holden is left with nothing but work. His aforementioned awful girlfriend is gone and his relationship with his partner, Bill Tench (Holt McCallany), is strained. His panic attacks, which are a major concern in the first couple episodes, seemingly disappear as mysteriously as they came about. Tench himself is dealing with some serious, all-consuming bullshit at home with his son and wife. And the third member of the team, Wendy Carr (Anna Torv), continues her self-destructive behavior in her home life, blowing up what looked like a lovely relationship with a beautiful, age-appropriate bartender/single mother. The falling apart of the characters’ lives and how it affects their complicated, emotional work is a conscious choice. Though one that feels a bit convoluted, as all three simultaneously spiral the drain. I appreciate the effort, as they’re obviously trying to move this beyond the CBS, case-of-the-week genre, but it doesn’t feel particularly nuanced.

Without giving too much more away, the stuff with Tench and his son is just ridiculous. Honestly, as it was going on I was hoping it was just inside his head, or a dream or just some side jag that was going to go away. But, unfortunately, it’s a real thing. And it’s verging on silly. Rather than just going for domestic unrest and the typical things that couples struggle with with their children — troubled or otherwise — the show’s writers decided to bring the ritualistic murder stuff into the personal lives of the Tenches. I know I study psychos all day, but is my meek, little son also, coincidently, a Damien-like psycho? It’s bad.

Otherwise, we get a relatively straight-forward telling of the Atlanta child murders story, with Ford essentially filling the real-life John E. Douglas, profiler role. After listening to the Atlanta Monster podcast, it seems the narrative stuck relatively close to what actually happened in that case. Ford and Tench step into a politically hot situation with a pretty clear mandate to solve these murders and solve them quickly. Ford’s profile of the killer ends up matching a possible suspect almost to a T. And, of course, when needing a fast resolution, people are going to latch onto that and push on it until things break. Even if Ford, who put out the profile to begin with, starts to doubt his own conclusions.

So, I like this show for the most part. But sometimes I don’t. The acting is uneven and there is quite a bit of filler. They digress constantly and break their own rule by doing serial killer one-offs. The agents randomly go to see Manson at one point just because. He has nothing to do with anything, but the show clearly wanted to do a Manson segment. So they did a Manson segment. The segment itself wasn’t bad (although everything is completely telegraphed), but it just felt disjointed and not connected to anything. There are just too many things that feel more like a stage play than a TV show in their stilted language and pacing. That all said, there is something absorbing about the show. It looks really good and they manage to create an atmosphere that feels different than anything else on TV. Maybe it’s that pacing that I just said I didn’t love two sentences ago. I’m not sure. They’re clearly going for a Silence of the Lambs vibe, or even something akin to this season three of True Detective. And they achieve it to some extent. But without the stunning writing and actors the caliber of a Jodie Foster and an Anthony Hopkins, it comes off as a slightly faded photocopy.