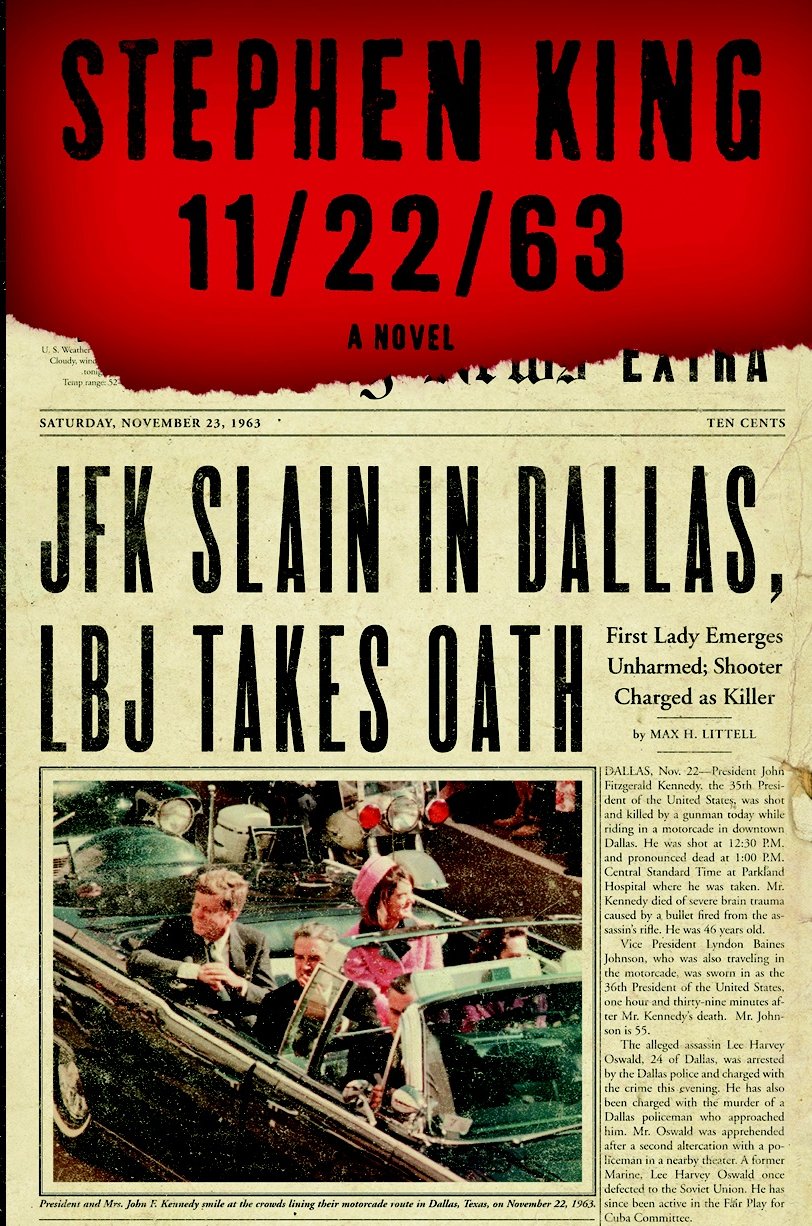 It’s been, I don’t know, about 400 years since I last read a Stephen King book. Granted, there was a large chunk of my adolescence when that was all I read. I tore through everything he wrote with a zeal not seen since my days of checking out the voluminous (and extraordinarily heavy) Ray Bradbury anthology from the library when I was a kid. His mix of horror, mystery, fantasy and general weirdness hits that sweet spot in all young men.

In fact, I can actually pinpoint the moment I stopped reading Stephen King. It was around page 300 of the book Insomnia in 1995. Ironically all that book did was put me right the hell to sleep. A book about old people not being able to sleep? Sounds like a personal problem, Stephen, not something a post-college grad wants to read about in his spare time. I put the thing down and never picked up another King book until December of 2012 when, funny enough, my dad bought 11/22/63 on his Kindle (and, thusly, on my Kindle).

I recall a few trips to Cape Cod as a youngster, sitting alone in a high brass bed in an old New England house reading stories about monsters coming out of closets of old New England houses. It scared and thrilled me and I just f’ing loved it. So, now in 2012, I was going on vacation to Anguilla. Kind of like Massachusetts, but with less white people and fog. In any case, I was looking for something easily digestible as I sat on the beach soaking in the sun and perhaps more than a few Red Stripes. And there sat 11/22/63 in my Kindle archive just begging to be my new intro to Mr. King.

Oh, did I mention I was a bit of a Kennedy-file as well? Yes, as nerdy as my Bradbury reading was, I also picked up my dad’s assassination conspiracy books when I was a kid. Appropriate, right? So here’s a King book about the Kennedy assassination, which seemed like a perfect fit. And it only took a few pages for me to be right back his world. The cadence of his writing hasn’t changed in the seventeen years since I last read him. The characters are that blend of old world and altruistic, but with a dark side as well. It’s that whole internal battle between good and bad that he likes so much. Like can a truly good man do something bad if the justification is for a good cause? And will that bad act change said good man?

In this case we have our hero, Jake (of course), a schoolteacher. I mean how everyman can you get? I won’t go into detail, but this time portal has opened in the back of his buddy’s diner in his small town in Maine. That diner owner decides to use the times portal to go back in time to stop the Kennedy assassination, but is unable to complete the task. He convinces our hero to take up his cause and travel back in time to stop Lee Harvey Oswald before he can peel the president’s cap.

So on top of Stephen King and the Kennedy assassination stuff, I’m also a fan of time travel. Though my relationship with it is kind of complicated. Like love/hate complicated. Because usually you can poke a million holes in their time-travel logic as authors and filmmakers get sloppy and create loops and stuff that break the rules. King chose instead to lay out the rules from the beginning. His own rules. His own rules of time travel that just happen to suit his book and make the plot work. It’s honestly a bit of a convenient copout. You see, in Stephen King’s world, every trip through the time portal throws you in the exact same spot on the exact same day in the year 1958. Fine. But every time you go through the portal time is reset. So if I were to go through the portal to 1958 and murder 100 people and bring back a bunch of cash and stuff back through the portal, along with some woman I felt like hanging out with, then when I came through the portal to the present, said cash and woman would be missing from the past, I guess, but they’d be right there with me in the future. But that woman’s future self would also be missing because her existence was ripped from her past timeline. And then if I go back through the portal, I could bring that cash with me, and the 100 people would be back alive and the cash I took would be back there and I think the woman would also be back again? And then I could take her again and I’d have two of the same woman in the future? Hmm, a slight hole in the plot there. But basically the rules are that anything you bring back from the past into the future stays with you (that could be objects or people, etc.) But then every time you go back through the portal, time resets and everything in 1958 is exactly as it was when you went through the first time (and presumably 2012 is back to its normal state as well). It’s a rule set that King sets up to keep his plot going forward, and he uses it to his advantage, but never really screws with it to the point of breaking it. And it can break pretty easily if one felt like monkeying with it.

What he does do is use this set up to torture our hero with moral tests. Or moral quandaries, I suppose. After all, things he does in the past can kick off the whole butterfly effect thing and when he comes back to the future, things may be affected to an extent that he’ll have to go back to the past, resetting whatever good deed he’s done, to undo its effect — even though he knows whatever happened to said person in the past will end up happening again.

I’m being too picky, of course, and this thing did mostly whiz by despite its pretty hefty size, but it felt too insular, too studied in its details about Kennedy and almost too thought out in his characters’ planning. This isn’t Oliver Stone’s JFK we’re talking about here. I could have forgone some of the slower portions of the book talking about Oswald’s comings and goings — which mostly seemed like King showing off that he talked to some JFK scholars or read some historic documents or books — and just stuck to the more King-centric plot points focusing on moral shit, creepy shit and time travel shit.