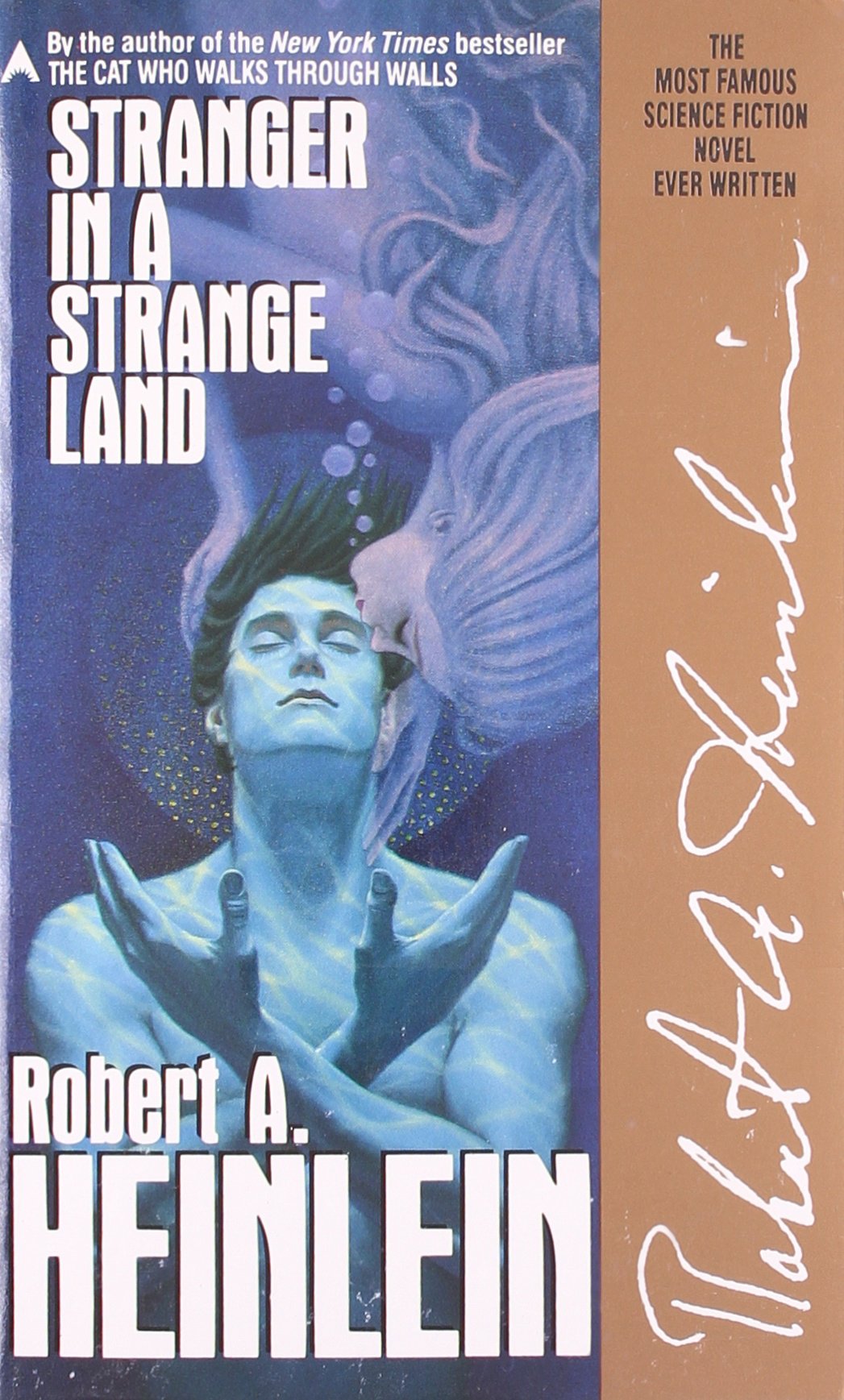 Stranger In a Strange Land

I should know better than to read old sci-fi and assume I won’t get annoyed by the fact it is outpaced by reality. In other words, a book like Stranger in a Strange Land, which was published in 1961, is limited by the understanding of what is possible in 1961. And beyond that, it’s limited by the author’s imagination of what is beyond possible in that time. The thing is, how could this author — who, mind you, is a writer and not a scientist — intuit the arrival of fax machines, cellular phones, the Internet and interstellar space travel? I mean, he saw the maturation of flying cars (whoops) and 3D television (also, bad), but whiffs pretty badly on everything else to the point I found it a distraction.

Oh, and also sexism / misogyny. Right, I guess he didn’t foresee that going the way of the ham radio and leaded gasoline. Trust me, I read these passages over a couple times to make sure he wasn’t writing this sarcastically or in the voice of a character who might, for some odd reason, feel this way, but at one time one of our female characters says, for instance, “Nine times out of ten, if a girl gets raped, it’s partly her fault.” I suppose I’ll excuse this as the idea of a forgone age (for those of us enlightened enough to have evolved since 1961), but it did kind of pervade in a book that does deal mostly with humans and human sexuality. And this, I guess, is where it felt like the book went awry. Which is to say the whole thing just wasn’t what I was expected — or, really, what I wanted.

So, sci-fi. Often times it observes and comments on society and the nature of its inhabitants. But, often times, that is just the underpinning of what’s going on with the narrative. So you generally have what is a compelling narrative that in some way comments on our way of life. In this case, Heinlein clearly wanted to explore the whole like pre-hippy, free-love, commune thing and put it in the context of a United States that was embedded with traditional religion and staid ideas about marriage, monogamy and sex in general. So he poses the “Man from Mars,” Valentine Michael Smith, as the innocent, the tabula rasa for the reorganization of a society of which he’s completely ignorant. He’s the last surviving member of an expedition to Mars, the child of a couple on the first Mars expedition who ends up being raised by Martians in the Martian culture. He is brought back to Earth by the second expedition as an adult and is instantaneously — through a really silly, convoluted law that Heinlein invents — made the “owner” of Mars. This ownership makes him endlessly wealthy , which, of course, means nothing to him. Along with his unending wealth, he is also extremely handsome and has weird Martian powers of telekinesis, discorporation and is pretty much god-like. And, this being the future, the planet Earth has evolved into what I can only describe as one world order, where there is a global government, global currency and a couple global religions. So the Man From Mars instantly becomes a player in this world, an influential person in a space he doesn’t know or understand.

Great. So we have this setup. But then we spend the entirety of the rest of the book in this convoluted (and sometimes confusing) exploration of religion, sexuality and gender politics. Heinlein falls in love with his oddball vernacular and uses it to exhaustion, with the invention of the verb “grok” (which basically means to understand something at a deeper level) and the cultish usage of the greeting, “thou art god.” There is also this concept of “water brothers,” which includes the literal sharing of a glass of water to bring someone into The Man From Mars’ circle (and eventually his “church”), and various other things that permeate the book that are, honestly, kind of goofy and somewhat annoying. There are even cultish echoes of Scientology (which definitely was around in 1961) in Valentine Michael Smith’s building of his Church of All Worlds, which the last third of the book goes into. Someone was reading his Dianetics!

The entire book meanders and is repetitive in ways that are only understandable in the context of reading the thing. I wanted to give up on it on a weekly basis, as I crawled through the pages. I would pick it back up after a couple days and wonder to myself if I’d already read what I was already reading. It felt like, at times, that Heinlein was messing with the reader, challenging him to continue through what was barely coherent and not at all enjoyable. It’s as if he wrote the book purposely to challenge the conservative American society of the early sixties with no intention of anything other than spurring debate and controversy. Otherwise, the book is verging on unreadable and is one slog that I have absolutely no interest in thinking about again past the last period on this page. Period.