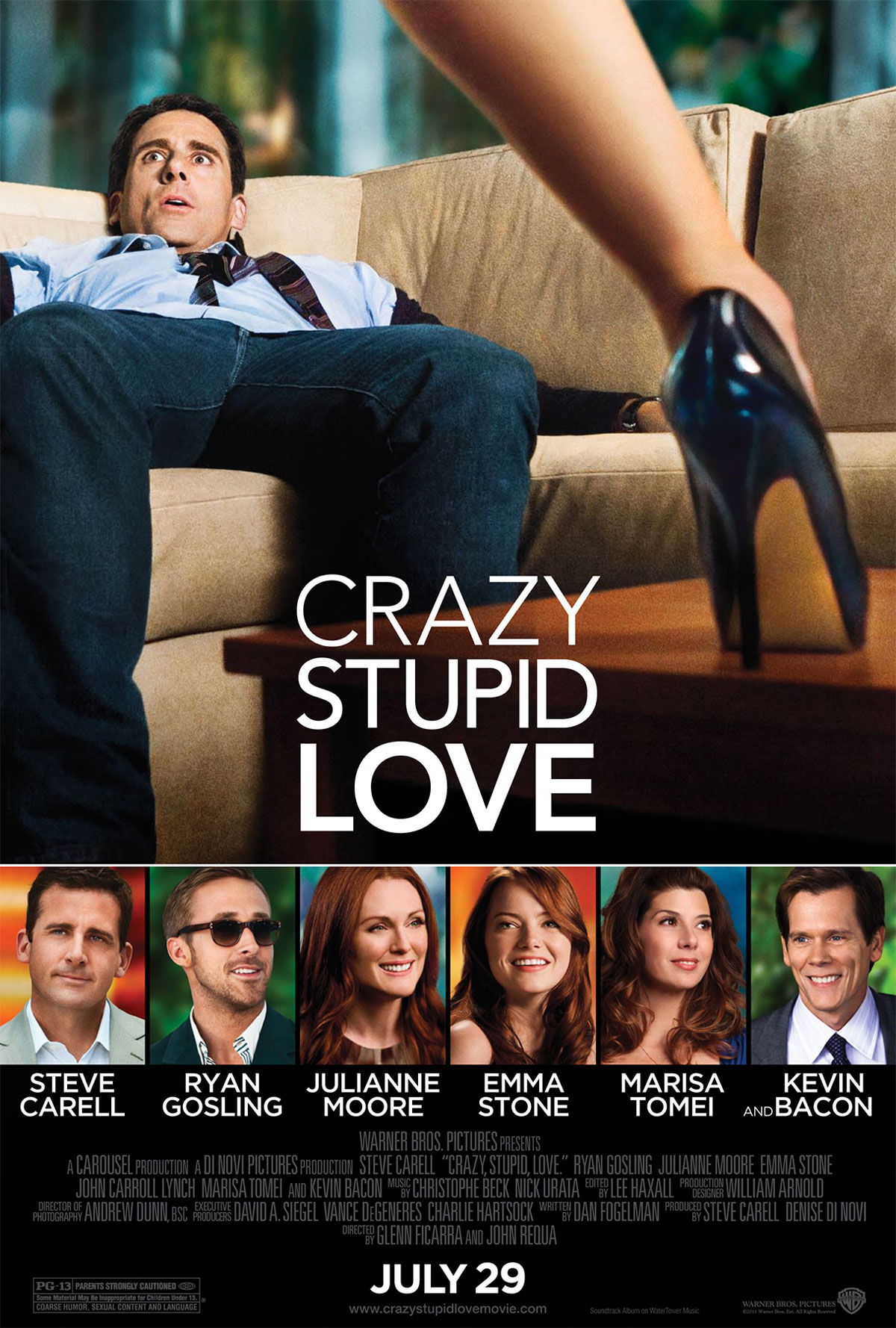 I’m not sure why it is every movie I see these days has Ryan Gosling in it. First there was Drive. Then The Ides of March. And now this thing — which I saw on a plane. And you know what? The guy really has noooo range. He has a wonky eye and low-talks his way through scripts in a kind of Mark Wahlberg mumble that makes Edward James Olmos seem like enunciator of the year. He’s got the super-low-key thing down. Let’s try something different.

Now, some may say that I’m just jealous of his rippling abs. Thus my less than pleasant assessment of his understated acting style. Maybe I see so many of his movies because he tips my Kinsey scale. Not sure. But when you make Matt Damon seem like a spaz, you know you’re really dialing down the furnace inside. But perhaps I’m being too harsh here. Maybe it’s every other actor who is just going overboard with his performance — and I’ve started to under appreciate subtlety and quiet confidence (or lack there of). I blame this squarely on Al Pacino’s performances in Carlito’s Way and Scent of a Woman. Hands down two of the more embarrassing performances ever by an established, award winning actor. And one of those actual won the Academy Award! Hoo-ah!

So here I am back to the point of this rom-com. And the point is that there is no point. Other than I like the fact Emma Stone has made a career for herself. Not saying she’s not attractive or anything, but she’s taken the dorky, intellectual girl gone adorable thing away from Zooey Deschanel. She has that quality — whether it’s the tongue-too-big-for-her-mouth thing, or the red hair/pale skin combo or something that is infinitely more compelling than another handsome dude who can do quiet storm well.

It’s too bad, really, that her obvious talents are wasted in this amazingly paint-by-numbers movie. I think it was a sucky movie called Hitch the first time I saw it, and was like every 80s TV show before that. What do I mean? You have your Steve Carell. He’s a dork. He’s been married to Julianne Moore for a million years. She realizes she’s tired of his rut-like life. Typical. So she leaves him. He, having dated her and only her, his entire life runs into Ryan in a bar. Ryan is the man. He’s the pick-up artist (another one, The Pick-Up Artist) and decides to take the pathetic Carell under his wing and teach him the ways of women. Queue the musical interlude of Carell trying on skinny jeans and getting his hair cut, putting in contacts, etc. He eventually scores, but misses his wife. And Ryan continues his empty life of hooking up until he meets the smart girl, Emma Stone. And you know what? She doesn’t fall for his lines. No. She. Didn’t! Yes. She. Did. She’s so smart that she notices that this dude shows up to the same bar every night and leaves with a different woman every night. She’s a genius, I tells ya. Gives the average women about zero credit, as usual.

So just as Carell is hitting his stride, Ryan is falling apart over this girl who won’t be his. Trading places is funny. But then, of course, the chick gives in to his puppy dog looks and his surprisingly deep life doing nothing all day long. And then the just ridiculous coincidences start compounding themselves. It is literally as if there are only six people in the entire city in which they live, and they’re all hooking up and/or related to one another in some way. Hilarity!

But then the thing hits that part in the computer-generated script where Carell realizes that he’s really screwed up, and he walks around to sad music and there’s no dialog, but a lot of rain and scene cuts to signify the passing of time. And then it all ends at a family party where all the characters come together for the fight and reconciliation. Or at least that’s what we think is going to happen. But no. The shit keeps going. And, mind you, I was on a plane, and had no interest in any movie ending. But this one I could have shaved 20 minutes off of and spent the time more interestingly hanging out by the stank-ass lavatory.

To be sure, there are some ladies who probably like this movie because it’s marketed to them (aka, Ryan Gosling takes off his shirt), but like the women in the film, they should really reject the charge that just because there’s an ab riddled dude in a rom-com that it’s a worthwhile endeavor.