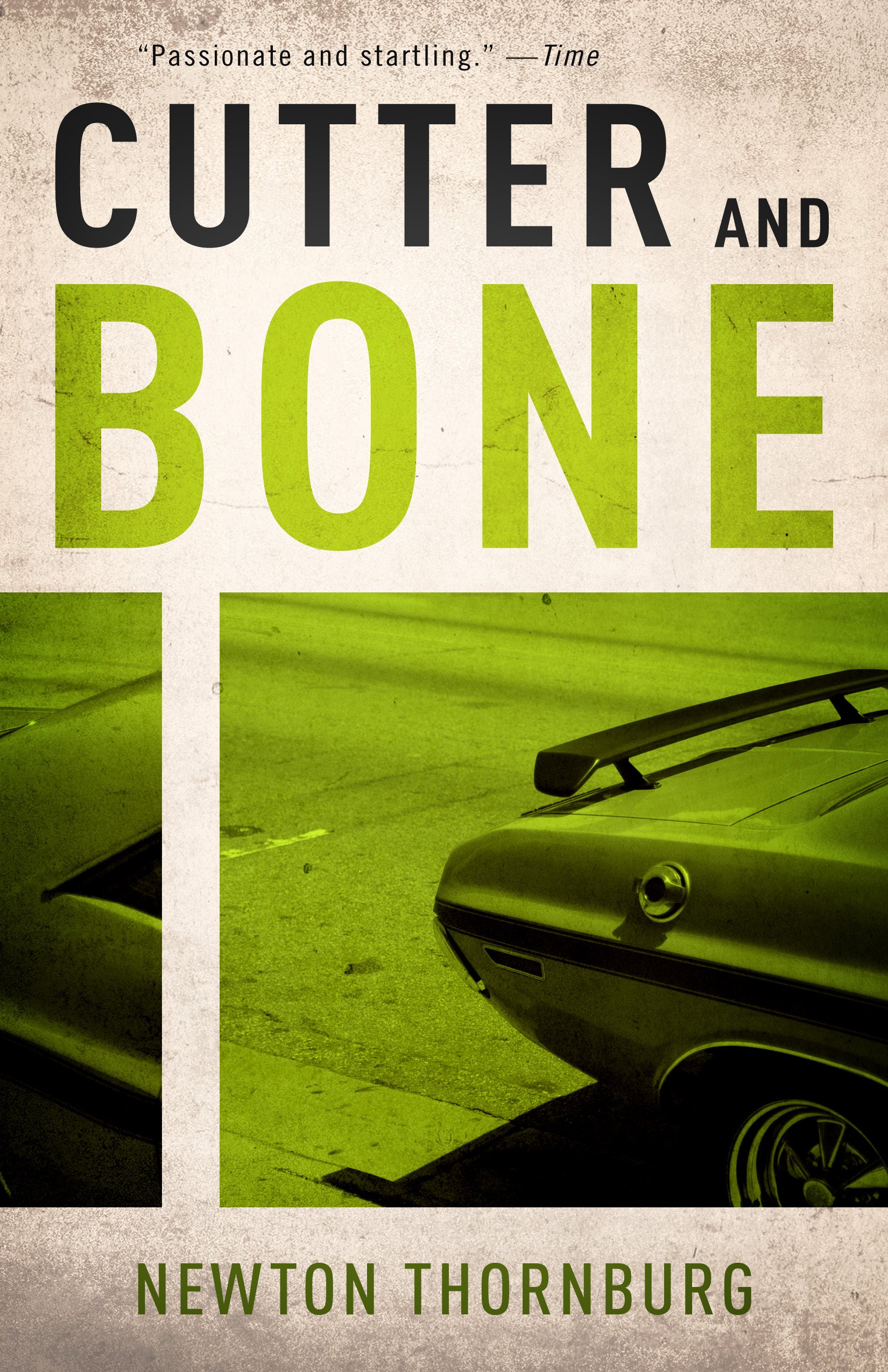 I decided, after reading one too many post-modern literary books, that I’d try a new genre. That being California crime fiction. I had no idea what to expect, honestly. Was it gong to be the annoying chopped, stylized vernacular of James Ellroy, or simple, salt-of-the-earth stuff like Bukowski, or eerily dark, but similarly straight forward language of Carver? I honestly was hoping for more of the latter two and less of the former, as an entire book filled with the same sentence written over and over again, sometimes with the words jumbled, and sometimes just the same exact sentence page after page, was going to be a bridge too far for me. It turns out that I got my wish, though. Cutter and Bone — and I have no idea if this is just this particular author’s style — has some of the grit of Bukowski, but also some of the writerly flourishes (but still conveyed in a relatively simple way) of Carver. Kind of uber-realism couched in a literate package.

First off, this book was written in 1976 and takes place in a contemporary Santa Barbara and LA. So it puts it at a time when there are no computers or cell phones, but still feels like it could be taking place in 2015. Sure, there are a few plot points that would have been made easier or even rendered moot by modern technology, but despite the absence of these things, it still felt like a modern story. Just move Cutter, our damaged Vietnam vet, up 30 years and he could easily be a vet from any of our country’s current or recently concluded wars. Bone, a handsome, former-corporate burn-out feels like any number of drifting gigolos that float around California, couch surfing and living purely on charm and a complete lack of shame.  So the plot. These two guys, the crippled vet with a drinking problem and the handsome nothing, also with a drinking problem, are friends and confidants, but also seem to be nauseated by one another at the same time. The vet is a bit off. The handsome guy essentially sleeps with chicks for food money and sponges off whomever he can to avoid getting a real job (after leaving his job and family somewhere back in the Midwest). They live that loosey-goosey beach lifestyle in Santa Barbara, just hanging out and drinking and basically living day to day. There is a bit of a love triangle with Cutter’s domestic partner and Bone, who clearly has it bad for her but abstains because of his friend (despite the guy treating her like shit). There’s also a baby, but whatevs. Anyway, one night Bone sees someone dump a dead body and drive away. The narrative stems from there, as Cutter sees an opportunity to cash in on this info and Bone, being Bone, just kind of wants to live his life. But Cutter, with his one eye and hook hand, decides he’s not going to let this opportunity go by.

The book proceeds to move in a pretty standard straight line in terms of the plot, but all the stuff around it is what’s interesting. Written remarkably well, it explores all sorts of societal potholes, including a bunch that are super-relevant to our modern-day lives. You have what amounts to a story about the haves and the have-nots. How corporate America can get away with everything, while the rest of America is dealt a tough hand. Wrapped up in this is how we treat our vets, expectations about how men and women are supposed to interact and contribute to society and, ultimately, what gives a person self-worth and external worth. It’s a character study about one man who is essentially handed everything as a young person, has it taken away and how bitterness and an uncontrollable situation can change you if you let it. And another who built up everything from nothing and then just chose to give it all up. And, yes, the names Cutter and Bone are a little too on-the-nose, but there’s something brave about just going for it. And, again, these are complicated characters who move beyond their names and really are compelling. I also thought, based on the title and genre, that there would be lots of macho punching and stabbing and shooting and, well, crime. But, honestly, most of the scenes involve people talking or plotting, and even wimping out, but there is very little in the way of crime per se other than the one crime that sets this thing off. It’s much more of a paranoia and conspiratorial society play than it is a straight crime novel.

I’m apparently not the only one who found this thing cool, as Hollywood made a movie based on the novel in 1981 called Cutter’s Way, starring Jeff Bridges as Bone and John Heard as Cutter. It is one of those that you read and can just see the Academy Award speech that comes out of it. Granted, I don’t think I this movie is anywhere in that territory, but I just might seek it out to see how these guys come to life. This one was certainly worth venturing outside of my comfort zone and has inspired me to try breaking with my traditional approach and try something different. All snobbery aside.