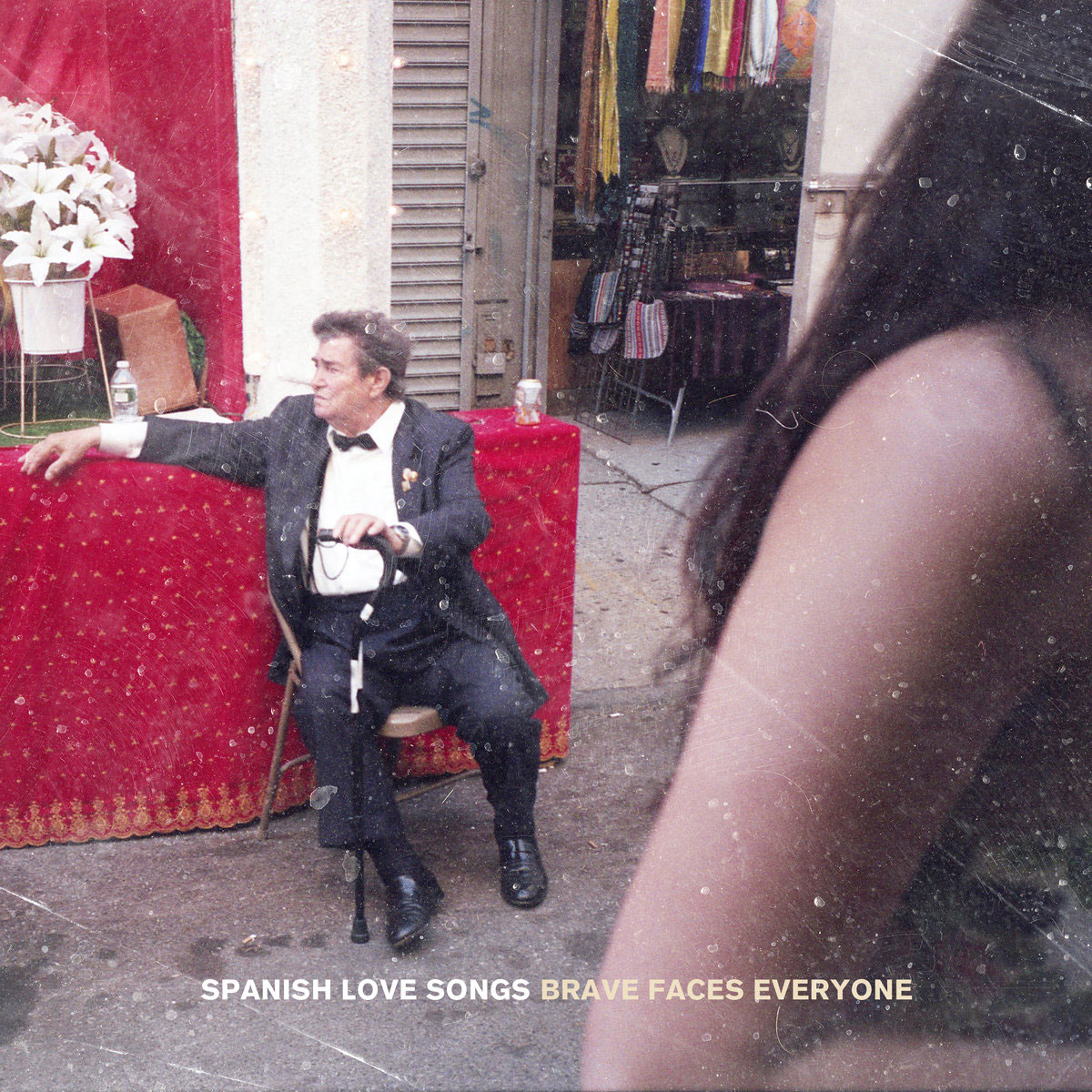 It’s like someone wrote the word “emo” on a blackboard and said “go!” And Spanish Love Songs took the assignment very seriously. Like super-seriously. But first they crammed. They read articles about what emo is. They listened to some serious soul-tearing Gen X, heart-on-the-sleeve misery music. Question everything. Always.

I mean where are you gonna go when your opening track is entitled “Routine Pain?” And your lead singer sounds like if The Mountain Goats went punk. It’s sooooooo fucking tragic! Even in a lower register than your typical nasally emo crooner, everything just hurts and we’re all drowning and pain and pain and pain.

The thing is, there is a reason people want this shit. The struggle is real. Drugs are real. Mental problems are real. And for some reason death and depression always ends in the ocean with these guys. Maybe it’s because they live in LA and not the landlocked Midwest that they’re always near large bodies of deadly water… But there’s a lot of emo in Jersey and Long Island, both of which have shore culture and they don’t talk abut it even half as much as Spanish Love Songs.

With all that, I actually do enjoy the earnestness the band pours into their songs. They have the whole Hotelier mixed with some more of the muscular Gaslight Anthem energy. And while I imagine the little billy goat thing the lead singer does with his voice might annoy the hell out of some, I actually enjoy their cathartic rantings. And, sure, their bitching is kind of ridiculous after a while, but I can externalize it and appreciate the whole angsty milieu. Even when the people projecting it are in their early thirties and should have probably moved on.