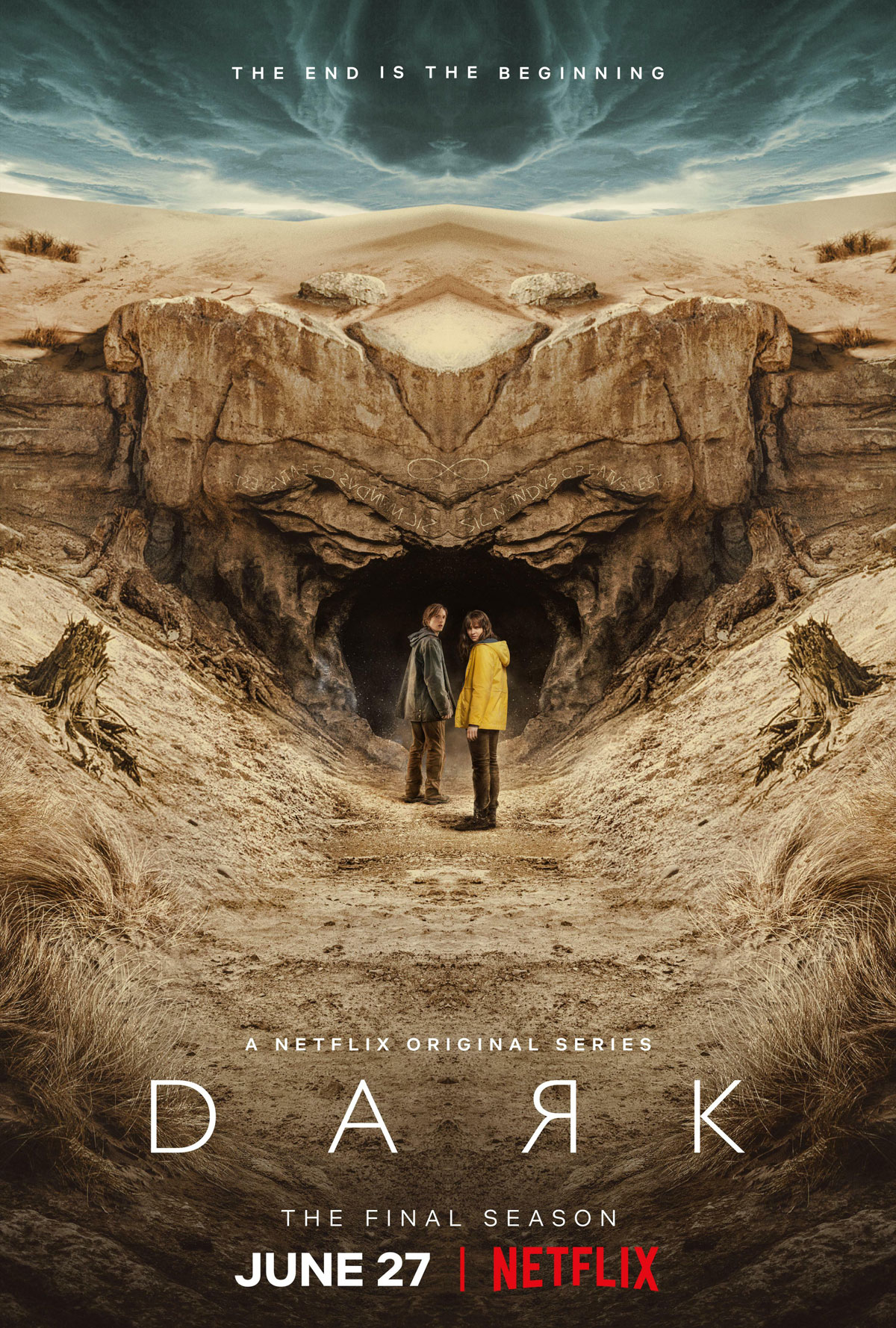 Look, man, I know this is a tough sell. But I swear to you that if you just put down the phone, brush up on your conversational German and give yourself up to the world of Dark, you won’t regret it. This, the third and final season, wraps up the twisted tale of the, uh, twisted family trees of the small German town of Winden. And it is at this point that we somehow settle into the confusion that started strong in Season One and then hit overdrive in Season Two. And we hit this zen place where it’s almost okay to get lost, to be confused and to just kind of sit back and say, “Fuck it, this is some serious sci-fi shit!”

So here we are. We have taken the family trees and, through time travel, shaken them and bent them and made it so that Season Three requires a cool interactive website to keep track of what the hell is going on. Season Two was only eight one-hour episodes, but it probably took me twice that long to get through, what with having to pause in order to figure out which white person was who. The issue with those Germans: a whole lot of same-looking motherfuckers.

So what did Season Three bring us? Bangs, for one. Yes, a character who we thought was killed in Season Two comes back because now we don’t only have different times and the bootstrap paradox, we have parallel universes! I don’t think I’m giving too much away. After all, the ‘r’ in Dark in the poster is written backwards, signifying this mirror universe. So now not only do we have multiple versions of the same character at different ages running around, we also have multiple versions of the same character at the same age running around. Because they can both time travel and travel between the world we knew in the first two seasons and this mirror world introduced in the third. The latter via this holy hand grenade thing that is never really explained.

And where this gets crazy is that some characters exist in both worlds, others not at all. Because — if you think about it — some characters in the familiar world were only created because of the paradox created by time travel. So if time travel hasn’t been introduced in the mirror world, some characters were never born. Also, those bangs. Well, bangs on the person who becomes one of two of the central characters, Martha. She has bangs in the mirror world so we can tell her apart from her deadass in the familiar world. And the rest of the characters who exist in both also have different haircuts because they took mercy on us viewers. They also develop cuts and/or facial scars in order to differentiate them. Again, thank you makers of Dark for giving us those visual helpers.

The thing is, even with the introduction of this additional two-worlds complication, I somehow tracked stuff better than last season. Sure, there was some kind of unexplained stuff that I just decided wasn’t worth it, but mostly I knew who was who with only occasional pauses to check out the tree on the website. And that’s both because one becomes familiar with some of the visual cues after watching a couple seasons, and because I think the show’s creators made some effort to connect scenes that involved the same people (despite their age or universe) so as to tamp down at least some of the confusion. But it still takes absolute concentration to follow stuff. No second-screen Angry Birds or whatever the kids do these days.

I think it was a good thing that I knew going into this season that it would be the last. It helped cul-de-sac my expectations and also put a fencepost in the ground in terms of how much the world could expand and spin. In other words, it ultimately had to downshift into its descent into the denouement. It couldn’t add any more characters or worlds or complications and had to focus on where it would land. Which, as a viewer, was helpful to know. It assisted in our decision making in terms of what was important to retain and what was just kind of side noise.

So, where did it all lead? Well, I can’t tell you that without spoiling things. But suffice it to say that a lot of things along the way were critical. But most of it wasn’t. I wouldn’t go so far as saying it had a St. Elsewhere or Newhart ending (for my 80s TV-heads out there), but it does to some extent negate a lot of what came before it. Sort of. I mean I certainly sat back and did the whole “Huh, I spent a lot of time and brainpower trying to figure out how someone could be their own son” just to be left with something that felt apart from all of those machinations. That said, I liked the ending, but, like the show itself, it left me with a lot to think about.