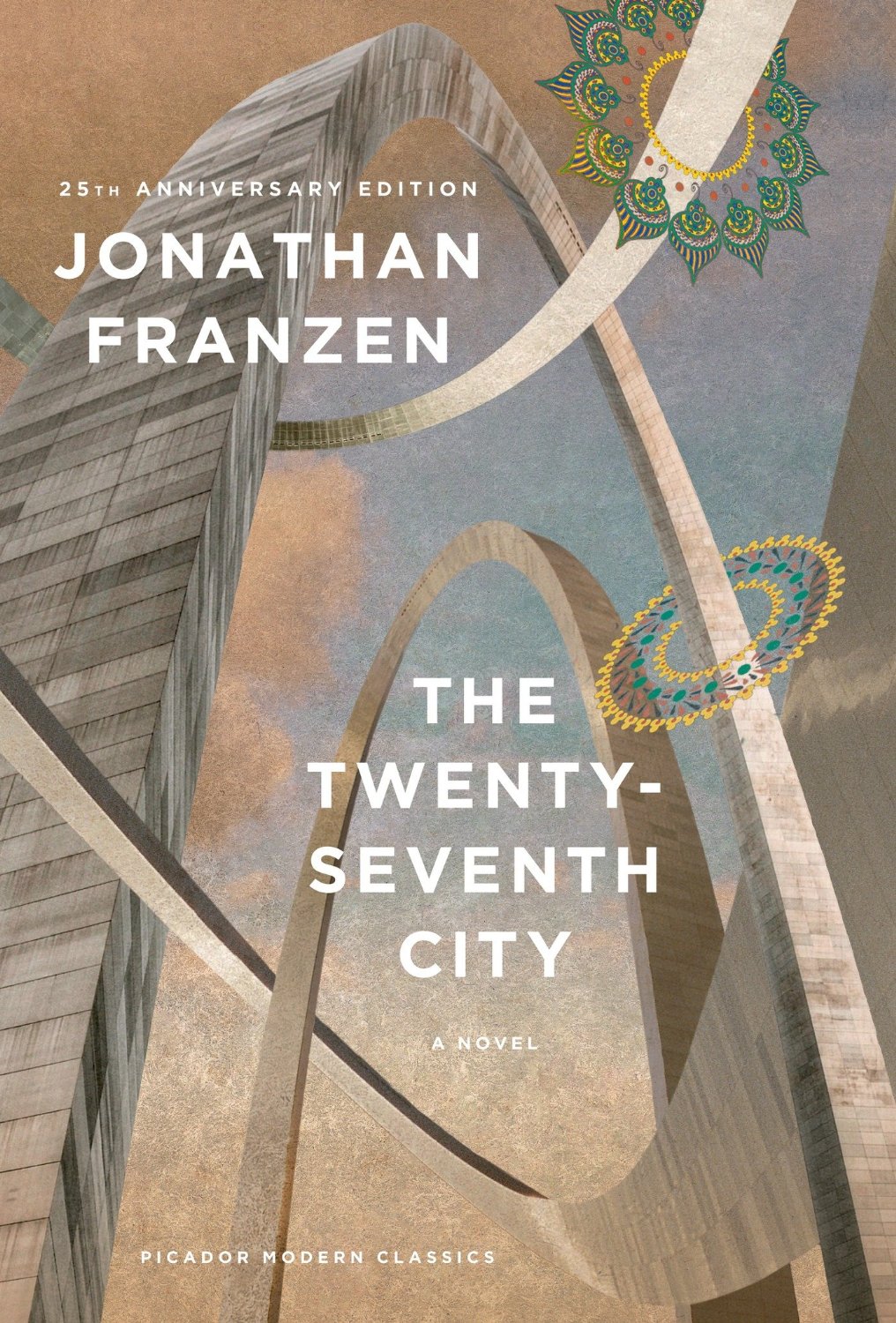 This is one of those books that I resisted for a while. I’m not sure exactly why, other than the fact that Franzen’s second novel, The Corrections, got such huge notice. Often first books are kind of a warm-up for their real work–left over ideas from some college thesis or treatment written on the train going back and forth to some thankless job. Or maybe it was the whole St. Louis thing. I mean, who cares about the Midwest, right? They have Nelly and Ozzie Smith and a big arch. Well, I finally bit the bullet and tried to immerse myself in Franzen’s bizarre world of mid-eighties St. Louis and the fictional world that revolves around the equally fictional builder of that famous arch and the city’s new, mysterious Indian (Gandhi, not Sitting Bull) police chief. The story is big and meandering, involving assassins, fake terrorist groups, captains of industry, kidnappings, affairs, prostitutes, rebellious teenagers, suicide, corruption and tons of other stuff. This is all wrapped up in a history lesson, of sorts, about the city of St. Louis itself, and its struggle to become a significant center of American commerce and progress. The title of the book obviously conveys the point that those struggles went unfulfilled. The personalities in the book form the personality of the city and the city reflects back on its citizens. It’s a fascinating synergy, really, but the corrupt police chief–who was supposed to be responsible for some of the crackdowns during Indira Ghandi’s emergency in the 70’s–comes off kind of cartoon-ish at times. Her henchmen and co-conspirators seem a little too much like post-modern Snidely Whiplashes. It’s certainly an ambitious book, and interesting and fun at times, but it also loses focus in several areas and tends to get bogged down in some of the less compelling subplots at times. Also, like most post-modern novels, it ends up being pretty depressing. Despite this, I found it to be engaging and looked forward to reading it every morning. So despite my lukewarm reaction here, I’m still looking forward to his next big thing.