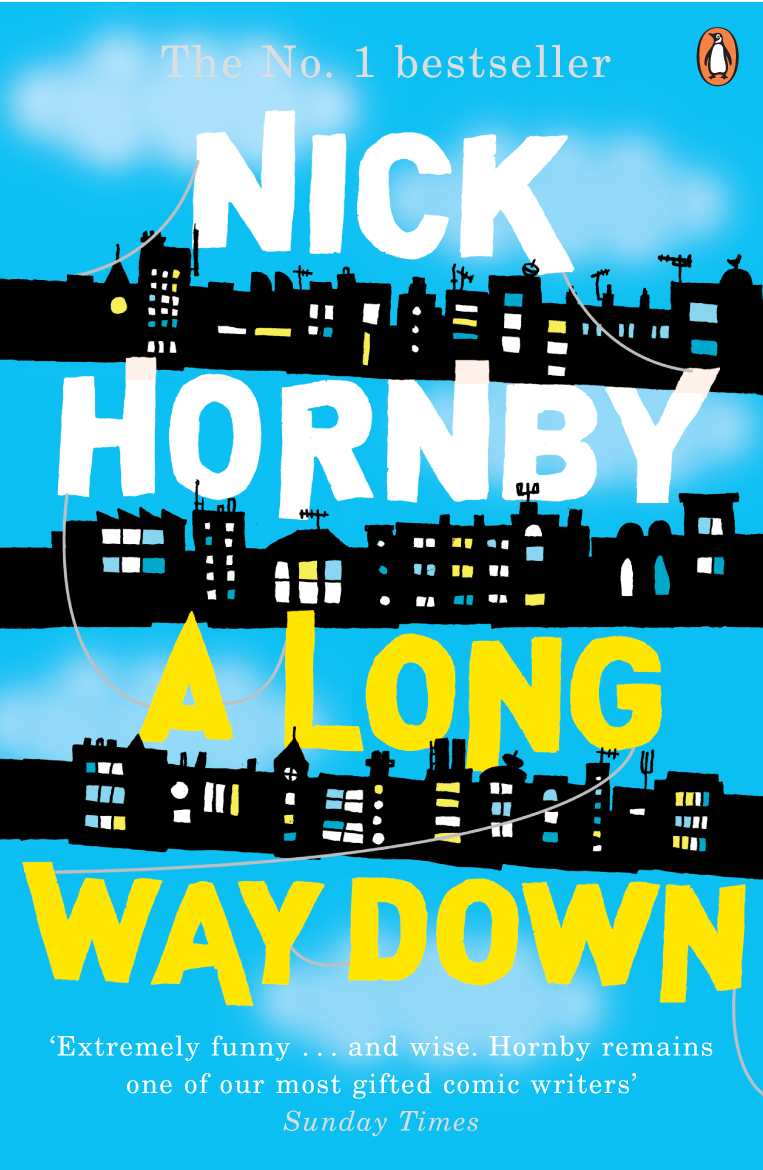 A Long Way Down

Suicide is not really that funny–at least not in that haha kind of way. It is, however, the subject of an attempt at a witty book. I say attempt because it has become less and less clear with each novel whether or not Nick Hornby knows how to write “witty” anymore. Each book sinks further and further into the pit of sentimentality; abandoning the swagger of High Fidelity. Sure there were hints of it in that book, but now it has been turned on full force. Granted, it’s so much better than How to be Good that I want to hug the guy and welcome him back to the world of the living novelist. So the gist of this one is that four disparate characters all meet on New Year’s Eve on the roof of a hotel famous for its suicidal leaps. They are all there for the purpose, but for very different reasons. We spend the rest of the book following them around and figuring out why they wanted to do themselves in. The whole thing turns out to be an extended version of the “opening up” scene in The Breakfast Club. And we learn that some have issues akin to failing shop because their elephant lamp didn’t work, while others had the equivalent of the drunken dad flicking lit cigarettes at their heads. The loose plot is based on these differences and how four very different people can help one another discover that they actually want to live.

I know I said it was sentimental, but I guess that’s a bit of an overstatement. It’s, I don’t know, just a little too clean around the edges. It’s alternately told from each character’s perspective; the disgraced celeb, the middle-aged church-goer with a dependent son, the American ex-rocker and the rebellious teen daughter of the politician. We rotate through their thoughts as they trade narrations, but by the end there seems to be some homogeny of mind. It’s not as if they all walk away with “Don’t You Forget About Me” playing over the credits or anything, but there is certainly a nice character arc for each participant. In retrospect, I guess Hornby manages to soften the hokey edges enough to redeem it from the cheese pile, but if things could have been just a bit darker and more bitingly funny, this thing would have felt a little less like a movie staring Colin Firth, Helen Mirren, Josh Hartnett and Anna Paquin, and more like an adventure into the minds of the deliriously wacky occupants of London.