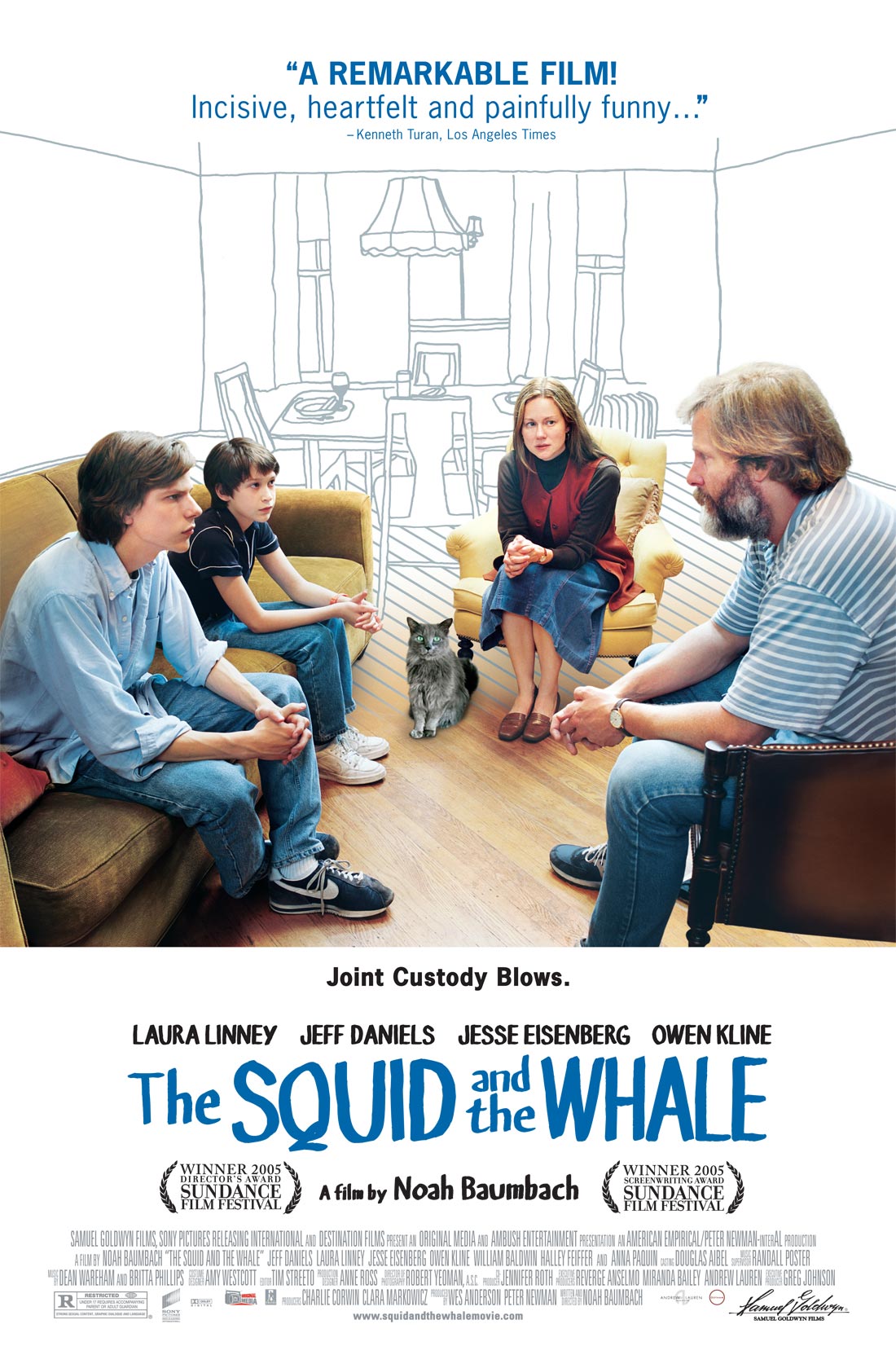 The Squid and the Whale

Writing family dysfunction is a film favorite. When it comes down to it, whose family isn’t dysfunctional? We all have a wealth of material to draw from if we so desired. It does seem, though, that Noah Baumbach has a deeper well than most. Like Gene Hackman’s character, Royal, in The Royal Tennenbaums, Jeff Daniels’ father character is the central hub of both the family and the story. And, like Hackman, he steals the show.

Daniels is at his very best in this role; playing both likable and pathetic to a t. His performance is worth the price of the rental alone. The only flaw I can point to is that he looks absolutely nothing like the younger of his two sons, Frank, who is, in fact, the son of Kevin Kline and Phoebe Cates. Perhaps it was done intentionally, or maybe the casting agent thought that only idiots like me would point out that the kid is clearly part Asian, and couldn’t possibly be Daniels’ progeny. Of course none of this is the actor’s fault, but it wouldn’t be me if I didn’t say anything negative.

Otherwise the film is filled with lots of awkward scenes in which kids, uh, explore their bodies and act out in weird ways. The young son decides to start drinking beer and wiping his bodily fluids on lockers and books at school. The older son decides to pretend that he wrote a Pink Floyd song and pass it off as his own at a school talent contest. The parents also act out; the mother hooking up with the younger son’s tennis coach, and the father hooking up with one of his young students who his older son is interested in.

As with other Baumbach films, these scenes are presented in excruciatingly real ways, with all the starkness of what it must be like to be part of the sad, lonely world of the characters in this family (a la The Ice Storm). To say it’s depressing is a bit of an overstatement, but it is certainly cringe-worthy at times. Being a lower-budget film set in the 1980s, the crew wasn’t able to totally erase all remnants of modern-day life. You can see new cars parked on the Brooklyn streets, and several other things that belie the film’s modern day makings.

Despite this, they do a good job of recalling that recent past. I was honestly hoping for a little more comedy on this one, as they really built some fun characters. They did take this one to some dark places, but the few moments of levity were really very good–I just wish there were more of them. I could imagine, in another reality, them making a television series out of this. Of course it would be cancelled after three episodes for being to heady for the general public, and way, way too real.