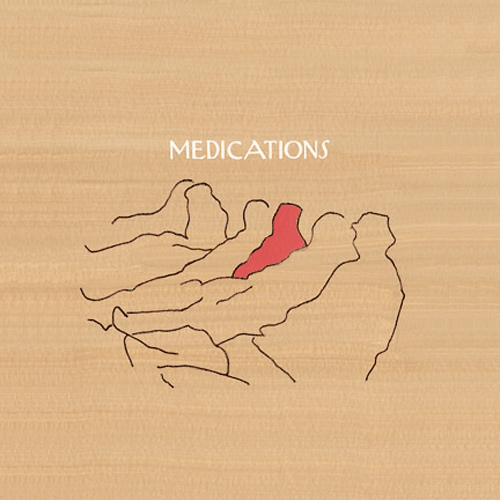 Medications: Your Favorite People All In One Place

Math rock, dude! From the ashes of Faraquet and Smart Went Crazy comes a more rockin’ version of both. Still present are the churning guitars and spidery drumming of Faraquet, but certainly fueled with more testosterone–just a bit more menacing and breathless. This album sounds as if a grunge band got ahold of a post-punk, math rock handbook and applied it to the growl that was the early 90s. The result is a pretty cool album filled with songs that are less memorable once they’re over than they are enjoyable in the moment. And that drummer certainly does love to hit the bell of his cymbal (*clink*). That is kind of the thing with this genre of music, though. It’s less about the melodies and hooks than it is about the musicianship and making cool sounds with your instruments. But there is that bit of influence from the more poppy side of the fence that keeps this one from being all knees and elbows, and infuses the songs with some more feeling. There is one song in there that I swear snuck over from one of my Karate albums, but no, it was just a fluke.