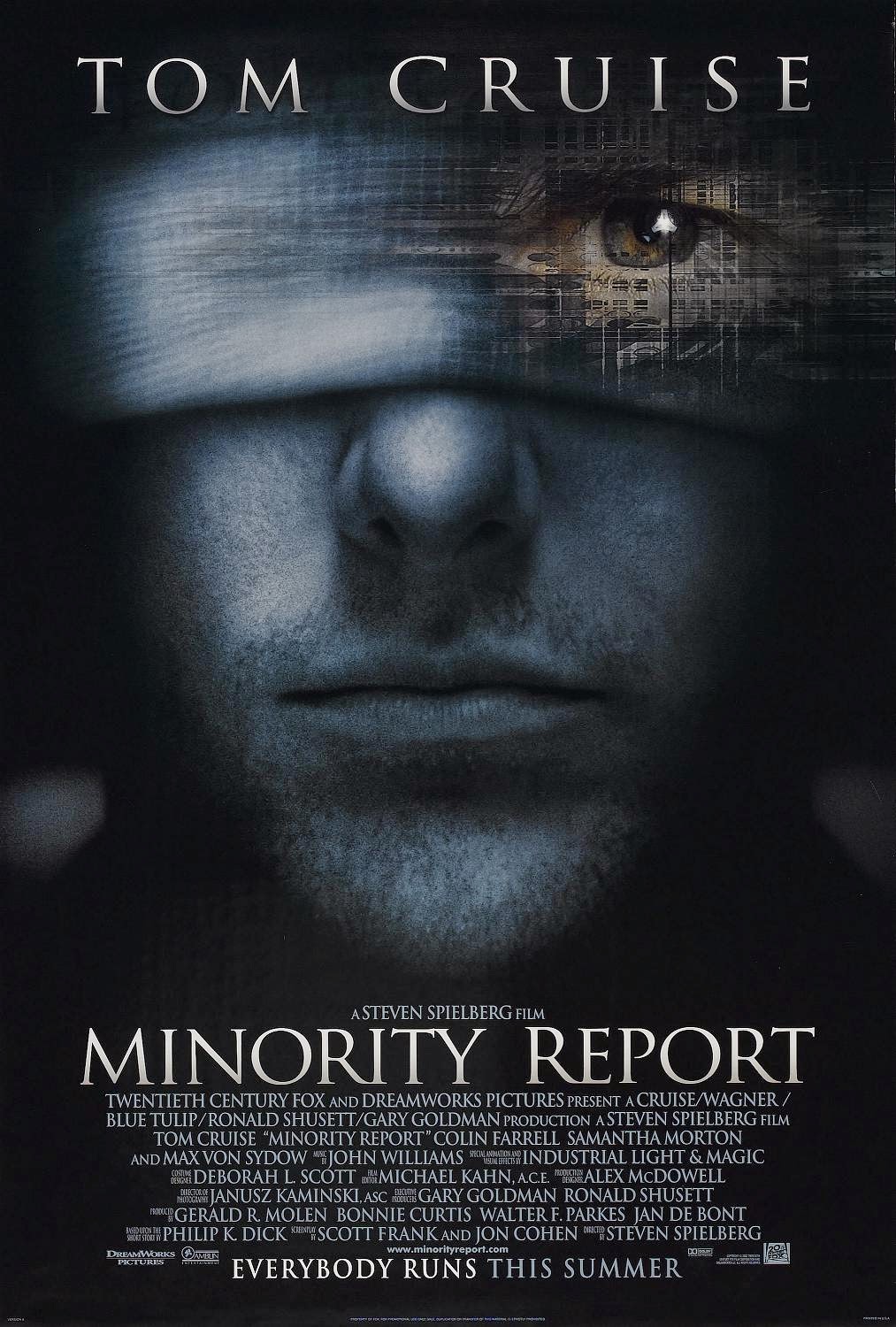 It seemed like all the planets were aligned when I heard about this one. I mean, a Philip K. Dick story directed by Spielberg starring America’s biggest star? It was a homerun right out the gate… until everything went horribly awry. It’s as if the weaknesses of all three parts came to the surface at the same time to conspire to bite this movie right in the ass. Dick’s weakness: sacrificing a point in favor of a cool, convoluted story. Spielberg’s weaknesses: misplaced sentimentality, thinking he’s funny when he’s not, and his fear of ending movies without a nice, happy bow on top. Cruise’s weaknesses: the tendency to smile his way out of having to act, and his movie stardom leading to one-dimensional performances in action-based films.

I came into Minority Report wanting to love it. It had all the earmarks of a fuck-with-your-mind classic. It ended up as just another semi-interesting action/adventure film that avoided cerebral twists in favor of funky visuals and silly chase scenes. Along with this disappointing development comes myriad inconsistencies and plot holes. Normally these mind-bending films can’t avoid at least a couple jumps in logic, but this one took some serious leaps. For example: the D.C. police use these three “pre-cogs” to predict all the murders that are going to happen in the Washington, D.C. area. From minute one of the film, they are talking about taking this program national. Every city in the U.S. would use this “pre-crime” method of prosecuting murders before they actually happen. Um, are these three all of a sudden going to be able to broaden their scope to cover the whole country? Are they magically going to cook up hundreds more pre-cogs strong enough to do this work in every city in the country? After all, we are told these three are very special — one in particular — and can do things that very few can do. Is every city going to be willing to have three functional human beings so pumped full of drugs that they don’t mind lying in a pool of water all day, semi-conscious and twitching with every gory vision they have? This is a major plot point, and one that really isn’t addressed. It’s as if the screenwriter wrote the script, knew it didn’t make any sense, and just relied on the general public to be too stupid to figure it out. That shit pisses me off.

So, what did I like? It was a cool looking film at times. The concept was decent. Uh… did I mention the ridiculous jetpack chase scene, the overly-long jumping on the flying cars chase scene, or the piss-me-off eyeball rolling down the hallway scene? It’s sad to see Spielberg come off like a — dare I say it — a hack. It’s like the hacky spirit of Joel Schumacher took over. I’m being a little harsh here, but when I’m horribly disappointed by a movie I tend to lash out.