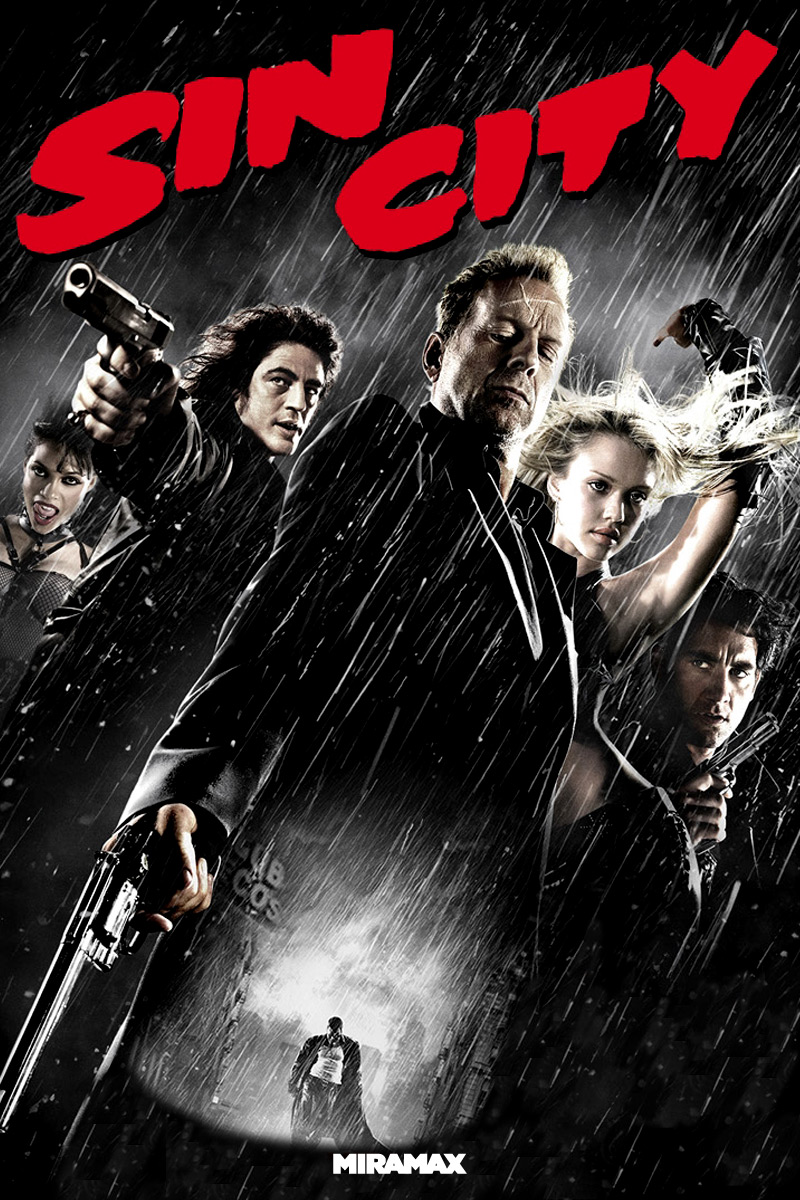 Let’s start this off with the admission that I don’t know anything about graphic novels. Shit, I still called ’em comics until about eight words ago. I seem to recall something about a Nazi-hunting mouse or something from my childhood, but I’m otherwise completely unengaged with the genre. Frank Miller might as well be the dude who painted my living room. I do know Rodriguez as the overrated spawn of Quentin Tarantino and the director of such mind-expanding films as Spy Kids 3-D and The Faculty.

So, those of you who saw this movie, please raise your hands if you couldn’t help but continually think of Who Framed Roger Rabbit while watching this thing. It’s not only the weird animation hybrid action and the lurching way cars jump hills, but also the plot. Although in this film the ‘toons are hookers–but why split hairs? It also reminded me very much of the video game Max Payne, but that’s probably not coincidental. Like most comics and/or film noir-ish films, the filmmakers mess with the movie’s timeframe. I’m not talking about the plot timeline per se (although that does happen here), but rather the era in which the thing takes place. Cell phones make an appearance, despite the fact most everyone drives cars from the 50’s and has the hairstyles to match. I guess it’s just the fake retro of the great detective novels.

Much like another green screen hybrid, Sky Captain and the World of Tomorrow, too much attention was paid to the look of the film and not enough to the plot and character development. The graphic novel aspect does make some of the characters literally seem two-dimensional, but that doesn’t mean the filmmakers couldn’t have fleshed out some of the more interesting aspects of the character’s personalities and plot points.

Has anybody noticed that Michael Madsen can’t act? That guy has less range than a Derringer. Granted, the movie is filled with the stilted language of a comic/detective story, but somehow Rosario Dawson makes her lines sound good. In fact, as the head of the hookers, Dawson is the most believable, most charismatic of all the characters in the movie. I’ve honestly not seen her in much, but was impressed with her screen presence and likability. The chances of me seeing Rent are like nil, so I guess I’ll have to wait around for her to show up in something else watchable.

It’ll be interesting to see what they do for Sin City 2, and if Mickey Rourke manages to keep his shit together long enough to come back as the fantastic, prosthetic Marv in all his warped glory. Maybe they’ll learn from their missteps in this one and put something together that is both fun to watch and substantial at the same time.