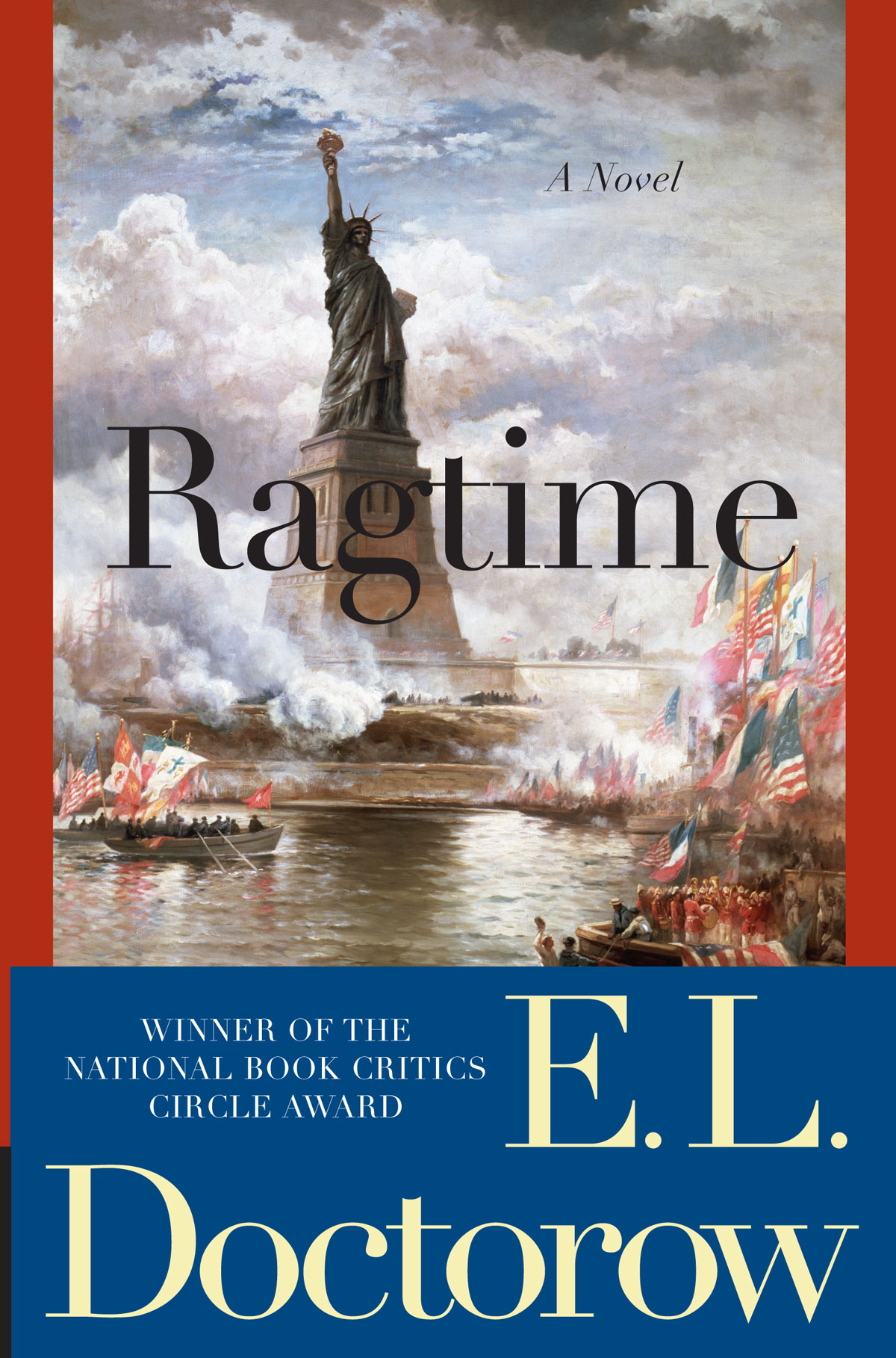 I must admit that I felt a little funny reading this one on the bus. I’m sure more than one person thought I was reading some story about men in sparkly pants waving American flags while doing some high kicks. (I’ve never seen the play adaptation, but I imagine there’s a lot of kicking and men in mascara going on.) I’m not exactly sure how to categorize this book. Normally I would call it historical fiction, as the book’s characters interact with real people from history, but historical figures do a lot more than wind their way through the book–they end up staring in it. Titans such as Henry Ford and J.P Morgan have dialogue, as well as Harry Houdini and lesser knows (at least to us) folks through history such as the famous socialist Emma Goldman, the queen of scandal, Evelyn Nesbit and her murdered husband, Stanford White. These characters bob and weave their way through a story of turn-of-the-century America–a country whose sexuality, industry and fame were just getting under way. The story itself moves along quickly, swinging from story to story, all leading to an inevitable climax. It’s an American story, with immigrants working their way up from the ghetto, the rich taking advantage of everyone, blacks struggling for respect, and the rise and fall of fame. It’s all very tabloidish, but makes for an interesting read and well worth the time if you are in need of a good perspective on this time period and don’t being stared at funny by the dude in the pink tank top.