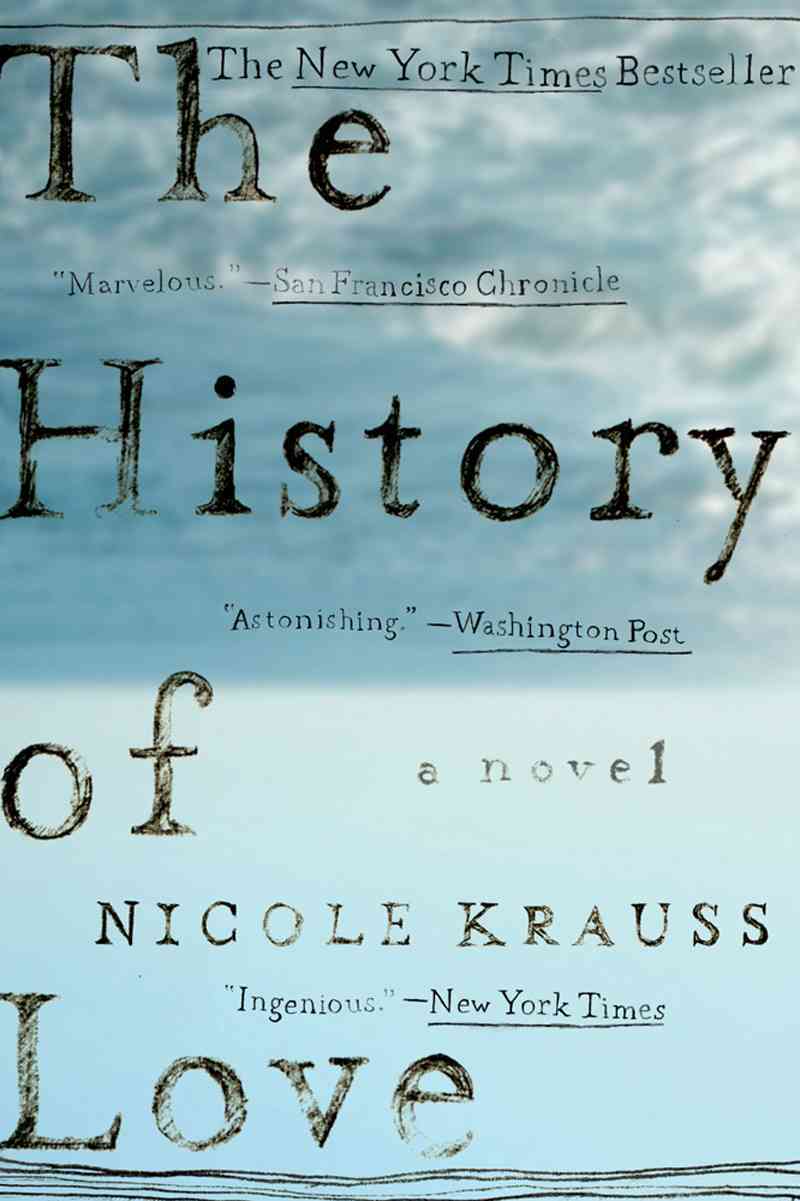 The History of Love

This book is oddly similar to Krauss’ Husband’s book, Extremely Loud & Incredibly Close. You have dead fathers, old men who turn out to not be who everyone thinks they are, and a child who is seeking redemption (or something) through discovery about the past. In this case the book is told from the perspective of several characters, all of whose stories interweave and build towards a climax that is one part mystery, and one part catharsis. The one thing tying all of our characters together is a book called The History of Love. Krauss’ book has smatterings of passages from the fictional book, and I’m a little confused why this particular text is supposed to have touched these people in such a profound way, as it’s just kind of weird, and even a little clinical. Krauss’ writing is much warmer and moving than the book in question (despite it actually also being her writing too). I’m not the brightest guy in the world, but the general theme seemed to be about leaving a legacy–in her words, “not being invisible.” The History of Love is that legacy. But whose legacy is it? That’s the mystery, isn’t it? As it turns out, it’s actually a bit of everyone’s–the girl’s, the dead father’s, the old dude who tries at every turn to alert the world to his presence in case he just doesn’t wake up one morning. The point being that we all contribute to the world in some little way, affecting the lives of others, even if we don’t know it. Krauss does have a knack, like Foer, to write in a sentimental fashion without resorting to sappiness. Granted, it sometimes rides that line, but never teeters into the cheese zone. When it comes down to it, she is a great character-study writer, with a keen sense of those subtle things that will affect her readers in a way that goes beyond that surface “wow, that’s sad,” or “gee, that’s a bummer” kind of way. There’s a humanity to her characters that is lacking in a lot of post-modern stuff, where characters are abstractions of the human fringe and not just quirky people damaged by real love or circumstance, or both.