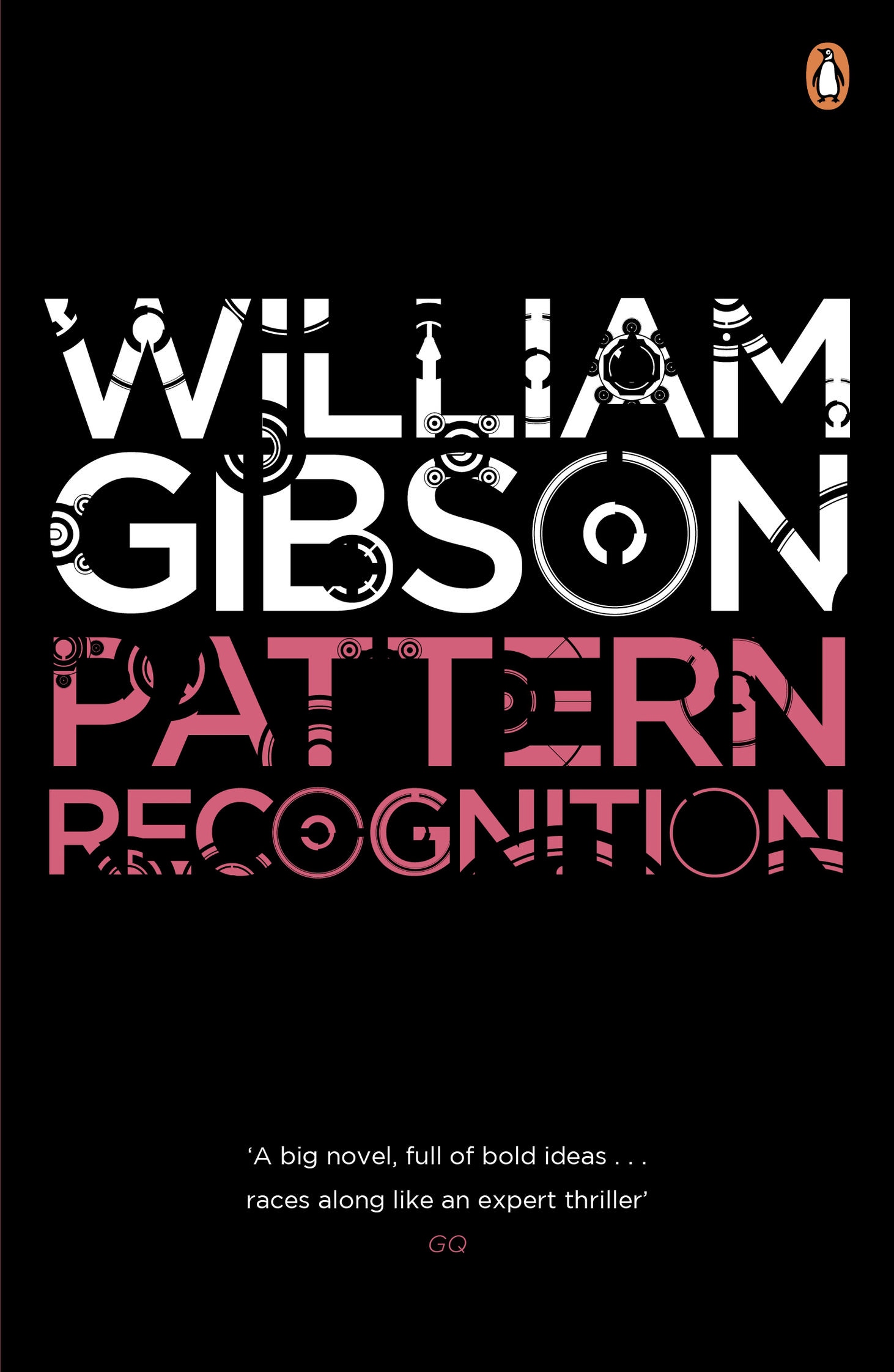 So I read this whole book and I’m still not really sure what pattern recognition is. Granted I got like a C- in calculus in high school, so I’m certainly not the foremost authority on anything math, science or logic related. What I do know is that this is one of the nerdiest books I’ve ever read. It’s like Bret Easton Ellis meets Haruki Murakami. Apparently Gibson is the father of cyberpunk. I couldn’t tell you what that is exactly, other than to liken it (in my limited understanding) to movies like Blade Runner. You have this kind of weird futuristic society with tons of scientific advances in the machine world (robots and lasers and crap) but it’s a world that is generally rotting from its organic core. In any case Gibson usually writes in this future-based genre, but has apparently chosen this book in which to discuss the present. My one issue with this kind of writing is that the present is only the present when the author is actually writing the book. Now, three years after its publication (2005), I’m stuck reading about Hotmail accounts and what sounds like dial-up modems and bulletin board type sites that I don’t recall seeing since the mid-nineties. I remember getting the same feeling after reading Kurt Andersen’s book, Turn of the Century, at least a year or so after the turn of the century. I knew that a year or two on the shelf would make the thing staler than a piece of un-Ziploced matzo. Gibson’s book certainly isn’t in that territory, and unlike Andersen’s novel has a deeper message to convey, but it’s always hard to write plots that involve technology and are set in the present. The book is really about the difference between real and fake, art and artifice. And how, in this day and age of instant gratification and global distribution, that those lines can so easily be blurred and/or destroyed. The narrative revolves around our protagonist, Cayce Pollard, who is a freelance “coolhunter,” which basically means that she consults for companies about their logos and trademarks. She’s called upon to do this because she’s actually physically allergic to labels and physical manifestations of marketing stratagem. It’s ultimately kind of a silly plot device, but it serves its purpose in pointing out the way that we are always looking for new and more invasive ways of drilling our product into the public consciousness. This allergy makes her hyper-sensitive to what will and won’t work in the marketing and advertising realm. She is also all consumed by these film snippets that show up on the Internet. The snippets are mysterious, as nobody knows their origin, and there is a dedicated band of chasers who get together on bulletin boards to go back and forth about their theories on the film’s origins. The buzz and chase of these films is pure in the sense that nobody is trying to harness their power, but are genuinely interested in the message they are trying to convey. So in Cayce’s roll as a consultant to the conglomerate Blue Ant, its owner Hubertus gives her a new assignment to go out and find the maker of these films. He is interested in using their power and marketing appeal and potential to push on some of his corporate clients. Cayce reluctantly takes on the job, but her search is fueled less by her assignment than it is her wish to realize something that she considers beyond the fray. Her search takes her to multiple countries, and through many twists and turns, as she doesn’t know who to trust and who has the info she needs to finally track down the maker. Ultimately she needs to figure out what she’s going to do with the info if she finds it. What if she discovers that the films are indeed true, pure art? Does she turn the info over to Blue Ant and forever taint the one thing in which she found pleasure? Is she afraid that she will finally find the maker and it’ll turn out to be just another manufactured marketing ruse? Is her missing father (a national security guy who disappeared mysteriously on 9/11) somehow involved in the films, and are they something that he has created to talk to her from the great beyond–or wherever the American agency has hidden him? The challenges for Cayce are not only physical, but also philosophical. In a life and society filled with contradiction, can she find something that rises above the nonsense? There is a little bit of John Grisham feel to this thing on the surface (not that I’ve read anything of his since The Chamber), but with quite a bit more depth. The message about our superficiality isn’t exactly subtle, but it certainly gets the point across. I wouldn’t call this a masterwork by any means, and isn’t necessarily my thing, but I’m glad I read it for the sheer entertainment value and the genre-expansion module download.