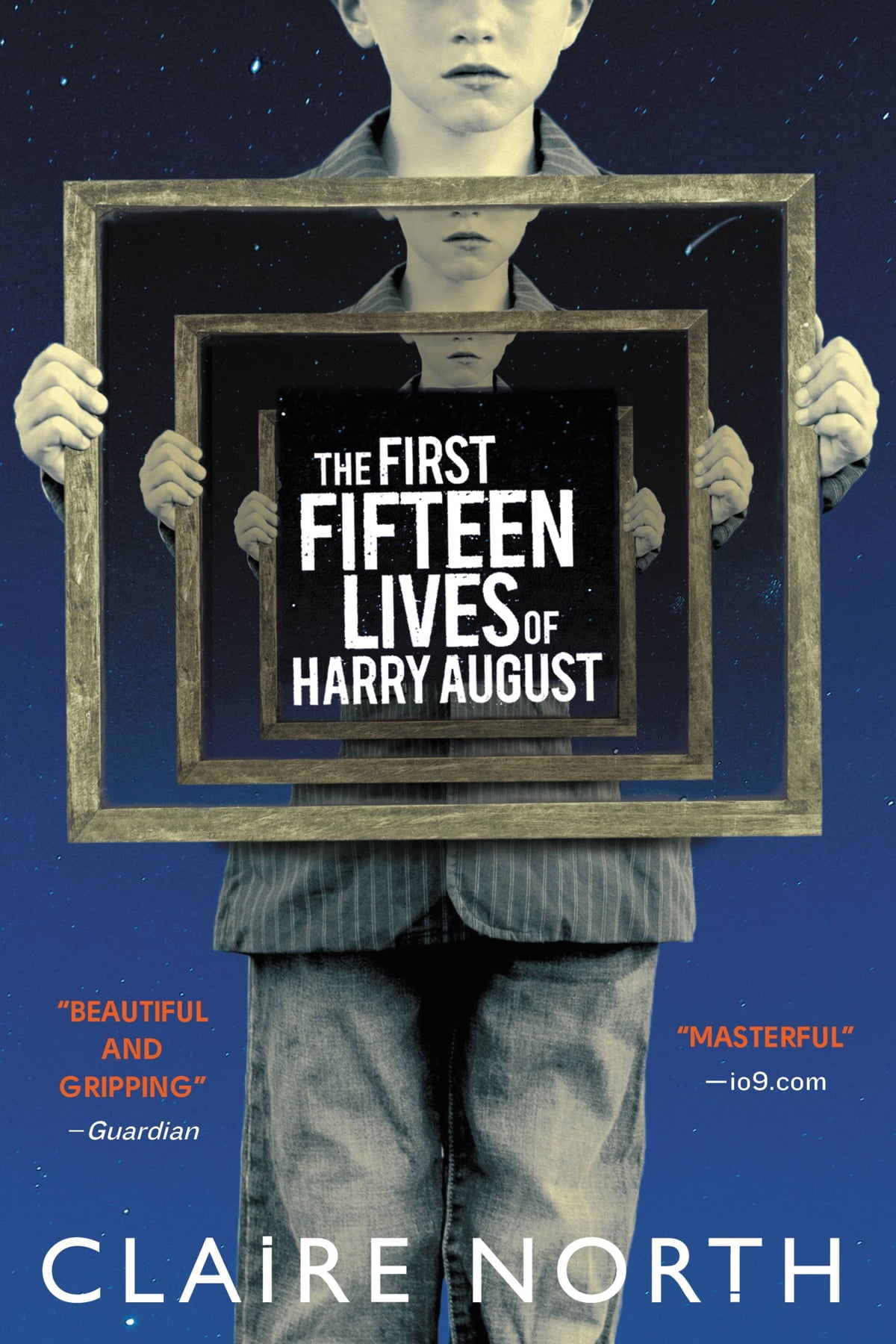 I have no idea where I found The First Fifteen Lives of Harry August. Apparently the author, Claire North, is just a pen name a woman named Catherine Webb uses for her science fiction work. She uses a different name for her adult fantasy books. Why? The only thing I can surmise in reading her bio is that her dad is an author and publisher and she didn’t want to be a so-called nepo baby? Whatever the case, I do feel like this was a random pull in my sea of random pulls. Despite the fact it was on lists of science fiction prizes. Which I suppose raises its profile more than just a bargain bin pick. Like anyone cares about any of this.

Here’s the scoop. There’s a dude named Harry August. He is something the author calls an Ouroboran. Which essentially means he lives and then dies and then lives and then dies, living the same life over and over again. But — and here’s the trick — he remembers all of his past lives with perfect clarity. He’s born in 1918 each time. The year of his death isn’t pre-determined, but each time he does die, he’s reborn in 1918 with all of his memory from all of his past lives. He remembers WWII. He remembers assassinations and sporting events and… well, everything. So at age six, for instance, he has all the knowledge and experience of a full-fledged adult who has lived for centuries. In fact, Harry is a special kind of Ouroboran called a Kalachakra, which means he not only doesn’t forget from life to life, but has photographic recall of every moment of every life. Because like any memory, Ouroboran’s can forget some stuff, or stuff can become foggy over time. But, no, Harry recalls absolutely everything with perfect clarity. Which can create an advantage over the centuries.

For a good chunk of the book it’s not entirely clear where all of this is going. We see Harry struggle to understand his situation at first. And then learn to harness it to gain and build knowledge. Incredible amounts of knowledge that one can acquire over centuries of cumulative study and experience. Until he runs into a nemesis of sorts in a dude named Vincent. A fellow Kalachakra who has decided to take advantage of his power to create something called a quantum mirror that could be world-ending. Essentially turning his omniscience into omnipotence. This involves trying to destroy the network of other Ouroborans, who help intro and transition new Ouroborans into the life, as well as use his super power to influence events up and down the centuries in a cool way. You can imagine building wealth wouldn’t be hard in a world where you know the outcome of absolutely everything before it happens. And using that wealth and building on your scheme from life to life is something that is fascinating to behold.

The book is very well written, and the way North sets up and executes on the rebirth science fiction thing is compelling and reasonably original. The Ouroboran thing isn’t time travel, obviously, but it has some of the same kind of multiverse and rule setting that is so popular and prevalent these days. And I usually have complaints about every iteration of it. But North clearly planned this out and thought through the effects of her main character’s loop. Along with the motivation of the antagonist and the stakes involved. There is a combination of history and alternative history throughout the book, all with the underlying sci-fi thing. The nice part is that she doesn’t skimp on the actual “writing” of the book, making it an interesting character study and decent piece of literary fiction outside of the sci-fi, thriller aspect. The first-person approach with the Harry August character acting as narrator personalizes the story and puts us interestingly into the head of a man who has lived at least fifteen lives. And, honestly, it’s a pretty cool place to be.