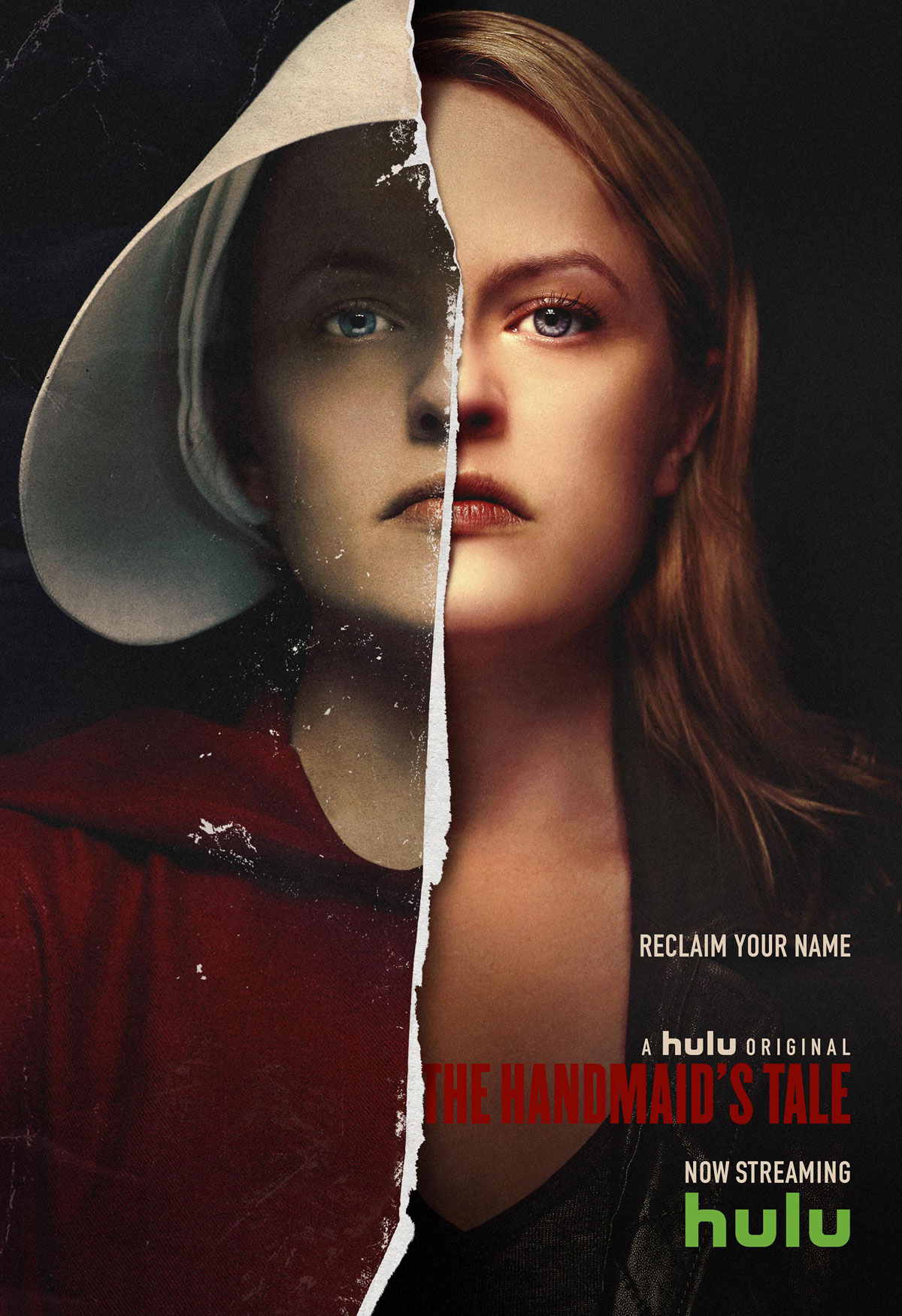 As you can probably imagine, this was a tough hang. Generally bingeing three seasons of any show is an arduous task, but when you are faced with 36 hour-long episodes about a dystopian hellscape where rape is institutionalized, it can really be a slog. Not to mention the fact that this series, based on Margaret Atwood’s 1985 novel, carried on way beyond the narrative of the book. And it clearly suffered from that syndrome that all adapted shows do with uncertain timelines, as it cul-de-sacced, doubled back on itself and eventually tried to break free of its own narrative knots. Sometimes successfully, and other times tediously not.

You probably know the story. Some time in an alternative, not-so-distant future, fertilization rates have fallen worldwide. The  United States’ solution to the problem is to have this religious civil war wherein zealots take over the government, institute a backwards, bible-based fascist society that creates classes, implements martial law and enslaves women. The haunting thing is — and why it feels so relevent in 2020 — is that it is basically shithead Twitter come to life. A right-wing fantasyland where the word of the bible is the law of the land, women know their place and dissent is met with a swift, public death. In this world, this horrible place — the former US — is called Gilead.

One class of humans in Gilead are the handmaids. They are women who have proven to be fertile and are assigned to a commander to be ritually raped in order to bear their offspring. One such handmaid is June Osborne (Elisabeth Moss), who was captured with her husband and daughter fleeing the US for Canada. She was formerly a book editor. But now, she, along with all other women in Gilead, isn’t allowed to hold a real job or even read. And, just as a reminder, she is raped once a month by her commander in the creepiest ritual ever committed to film or video.

I imagine that this show is incredibly triggering for anyone who has ever been through any sort of sexual abuse, trauma or just otherwise been exposed to the horribleness of the male patriarchy. Which I suppose is every woman. Shit, I’m a man and this shit was just downright hard to watch. The bleak nature of it. The helplessness. The hopelessness. It’s heavy. The first season, understanding that we have to watch creepy-ass Fred Waterford (Joseph Fiennes) continuously rape her over and over again. Then toy with her emotions and then treat her like an animal and then come on to her. Wash, rinse, repeat. It’s excruciatingly dark and disturbing.

But over time we needed to move on. Once we’d built the world. Once we’d unraveled the mystery of how the world came to be this horrendous place, we had to create forward motion. We had to see the evolution of Moss from June to her handmaid name, Offred, and back to June again. The thing is, we know the world isn’t going to go back to normal. Gilead is entrenched. There are swathes of the US that are just nuclear fallout sites. So the only options are for a few people to escape to Canada or end up hanging in the town square. And so we get to watch what amounts to two seasons of Offred trying and failing to escape. People getting caught, having their limbs cut off, eyes gouged out or just hanged on the wall.

If you’ve ever seen a cat playing with a mouse, it’s not that much fun. I’ve never actually seen it, but I imagine thinking the thing is just about to escape, only to be pounced on by the cat over and over again has to be aggravating to watch. Even if you know that, ultimately, there’s no escape. And then the next night the cat catches another mouse and it starts all over again. This is what this show felt like in seasons two and three.

Also, Moss. I know she’s this actress who everyone likes. They think she’s an awesome actress. But, I pose: maybe she’s not always great. Maybe she has a gear that people appreciate. One that in the moment feels right. But when taken as a whole, her tricks are revealed. She has her mad face. She lowers her head and looks up at us with a half-smirk, half-scowl. It works the first time. But, after watching 36 hours of her, you realize she goes to that well over and over again. And it gets old. I was tired of that face. Honestly, I was tired of her by the end. Both the character and the actress. She is on the screen the vast majority of the time and it’s tiring. Granted, I’d watch her any day over Joseph Fiennes. He is shockingly hard to look at.

And, look, I’m happy I watched the show. But I’m also happy production on season four may be on hold for a bit. I need a break. I need it not only to not be annoyed by the show’s numerous deceptions, wherein they invented something new in season three that didn’t exist in prior seasons just to fill air. I need it to get away from some of the preposterous stuff I started to nit-pick rather than just riding with the allegory or fable or whatever this show is supposed to be. I need to reset on the twisted relationships and seeming personality transplants the characters go through from episode to episode — especially whatever the hell is going on with Serena Joy Waterford (Yvonne Strahovski) and her flip-flopping. Actually, I think a bottle season just about Serena would be a welcome respite. She’s way more interesting that any of the other characters, even if they can’t seem to land on her feelings about Offred from hour to hour.

Based on where we left off with season three, I imagine season four is going to be very action-heavy. Less talking in rooms, less philosophical. Less allegory. More plotting and scheming, running and fighting. But, honestly, I don’t know at this point. I do know, however, if I have to watch Moss glare and get caught and brought back to Gilead again without somehow losing at least a finger or an eye (like everyone else but her seems to), I might just turn it off and watch another so-so Stephen King show and call it a day.