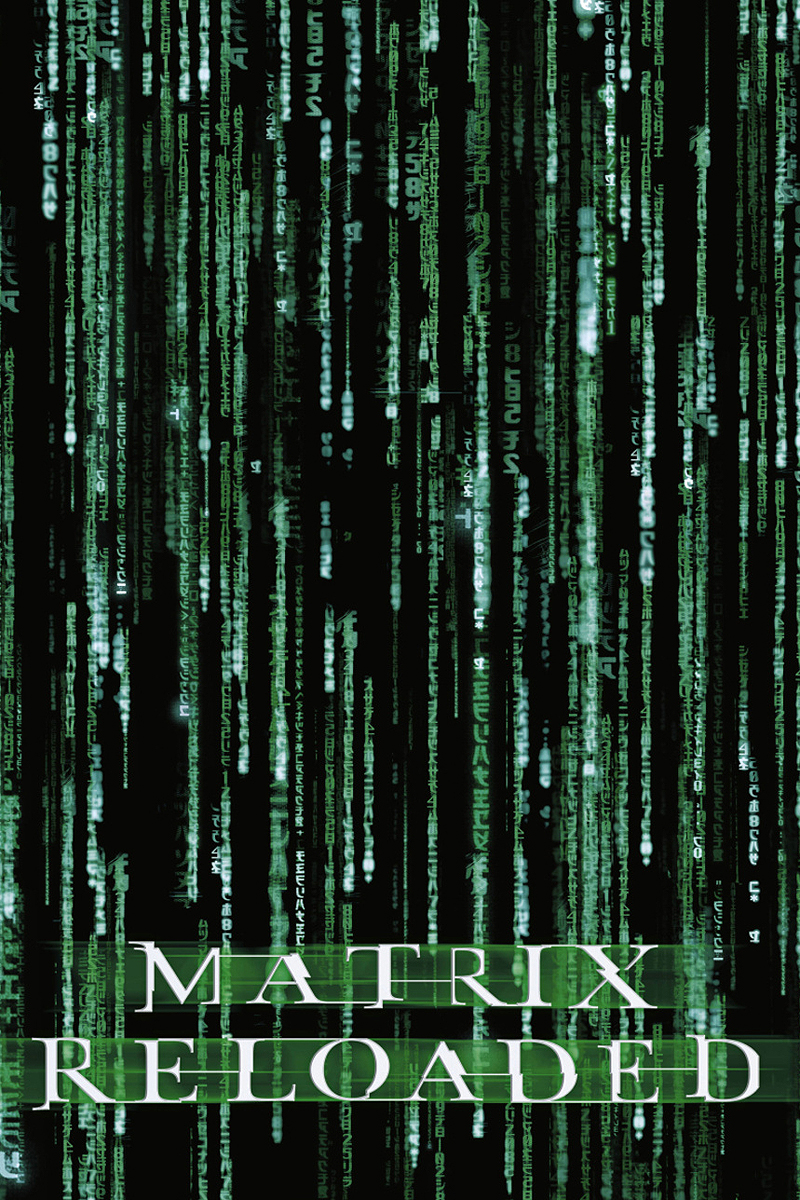 I know there are going to be a bunch of nerds out there just waiting to string me up for this one. Of course, I spent a Saturday night watching this sci-fi geekfest, so who’s the nerd now? Anyhow, I’m getting sick and tired of films that attempt to cover up weak plots and poor writing with computer generated action. I guess this is really a two-point complaint.

First, let’s look at plot. This version of The Matrix is essentially an old-fashioned kung fu movie wrapped in a futuristic package. You have this Neo guy, who is like every solitary hero you see in karate movies. Like his counterparts he is fighting to save a village (in this case Zion). In this village lives his woman, whom he must also save (Trinity). Along the way he walks around and gets in adventures. The “plot” only exists to propel our hero from fight scene to fight scene. While there’s certainly nothing wrong with a nice good vs. evil kung fu movie every now and then, I expect a lot more from a film that purports to be, well, something more.

Yes, they attempt to interject some plot into this thing, but it really rings hollow, and ends up sounding more like a staged reading of some Microsoft server manual or a pimply D&D kid’s fantastical diatribe scribbled in his spiral notebook during math class. Essentially, it goes action, talking, action, talking, etc. Most of this talking involves horrifically painful exposition, as the filmmakers attempt to explain either what you just saw or what you are about to see. For those of you out there who don’t understand what role exposition plays in a movie; it is the necessary “talking” part of the movie in which the characters explain situations in the movie that aren’t apparent to the viewer through natural dialogue and/or visual clues.

Now, exposition is easily avoidable if you are just clever about things. Character’s motivations can be explained through other means that are more subtle than, for example, one character talking to another: “It’s such a shame, Julie, that you grew up an orphan and were shuttled from foster home to foster home, thus leading to your lack of trust and your many failed relationships with men…” Trust your audience to be smart enough to figure stuff out. I know that’s asking a lot, but you’re trusting people to try to string together all this technological talk, so assume that they are smart enough to figure out the simple stuff.

On that front, the gibberish about The Matrix that everyone is always spouting leaves me in the same state of mind I’m in after watching an intense scene of ER in which these actors shout out a lot of words like epi and say “crack his chest” a lot. Do any of these things actually mean anything in the order in which they are saying them? Do any of them actually tie into one another, or do they figure if they just throw enough words at you, there’s no way you’ll be able to question what they’re saying and will just do what I do and say, “hey, sounds good to me?”

And now my second issue… I’m getting tired of computer-generated special effects. If you’ve ever read any of my other reviews, you’ll see that this a pet peeve of mine. Granted, I knew that this was going to be a major component of this film, but like the Star Wars series, the directors seem to be relying more heavily on computers as they progress, and less on stunt coordinators and realistic action. Yes, that bullet-time crap is cool, but not every minute. There were instances during the film when I felt like I was watching a video game and not a film at all. It was so obvious that Keanu was in his trailer sipping cappuccino while certain scenes were being rendered on some CGI machine in Hollywood, it was laughable. It was a bunch of pixels fighting pixels.

Apparently characters in the Matrix only bleed when cut by knives or bullets and not when they are thrown into walls and/or punched repeatedly. Their clothes don’t even get dirty! All of this just gave the whole thing an antiseptic air of fakeness that was hard to get around. The only reason I’m cutting them some slack is because all this is supposed to be happening in a digital world, so… The funny part is, the one scene they tried to shoot non-computer generated (Morpheus’ fight on top of the semi), looked laughably fake as the blue screen whipped by like a movie from the 1940’s.

I guess I have a third issue as well… Where the hell was the editor on this film? Looking through his resume, the only thing of note he edited before The Matrix was Police Academy. Not exactly a ringing endorsement. There are several scenes that went on so long I thought I was going to die. The dancing/sex scene was at least twenty minutes long. Not only was it unnecessary (and unnecessarily long), it was painfully awkward. The intercutting between the dancing Zionists(?) and Neo/Trinity had absolutely no fluidity and really felt like somebody dropped the ball. Morpheus’ speech prior to this scene was absolutely horrible. Not only was it badly written, it seemed out of place for this character, and was, again, badly edited and too long. The big fight scene between Neo and the 100 Agent Smiths was also painfully long and repetitive. How many times was that same bench going to get smashed?

Don’t worry, nerds, I only have one more question: why the hell was it necessary to hire that non-acting mumbler, Roy Jones Jr., to be in this thing? I’m sure I’ll end up watching this on DVD several times, but I feel like I shouldn’t add to the success it’s already enjoyed. Oh well, see you at The Matrix Revolutions.