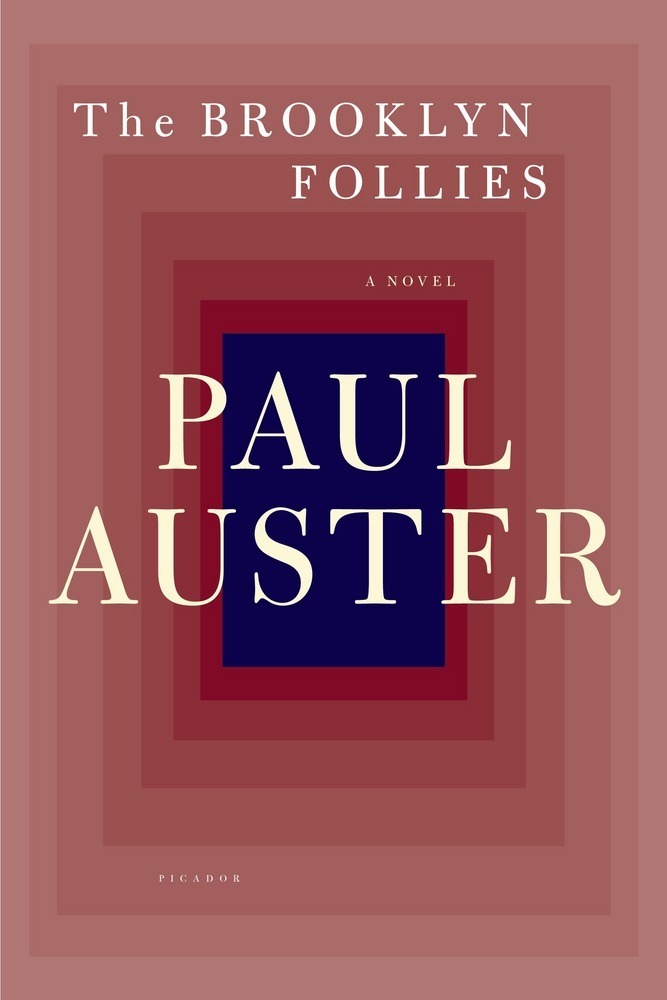 Somehow you’d think with a title that this that there might be at least, like, one laugh somewhere in the book. Well, you’d think wrong. And you’d also wonder after reading this what the hell these follies have anything to do with the narrative of the story. It would be like calling Star Wars something like The Education of Luke. The follies were just this weird side-project undertaken by one of the main characters that, unless I’m missing something, is really out of left field. It’s a strange non-sequitur that seems more like an author trying to project authorly characteristics onto all of his characters. The gist is that our protagonist, Nathan Glass, retires to Brooklyn after his family falls apart and decides–despite living life as an insurance salesman–to create a piecemeal book (one which he has no intention of ever publishing, showing to anyone or even reading himself) called “The Book of Human Folly” out of scraps of paper he tosses in a hat. Why this sudden urge to write? Why not? And then Nathan happens to run into his long lost favorite nephew, who happens to be–ta-da!–a writer! And where does he run into him? In a used book store, where he is working, of course. This seems to me like Annie Leibovitz only taking photos of other people that appear to be photographers. Anyway, we learn about Nathan’s estranged daughter and his drug-addicted, porn star niece (who is now a “Christian”) and her daughter, and then we start asking ourselves where the hell the silliness is going to end. And then we get embroiled in a ridiculously amateurish tale about the used bookstore owner running a rare book forging scam with some old colleagues. I’m not sure if this is supposed to be intriguing or though-provoking or what, but it really just comes off as a third-rate, half-assed mystery movie. I certainly can’t say I hated the book, but I was thoroughly underwhelmed, and even dismayed at times at how truly flat the writing and storyline were. Perhaps it’s his style that I just can’t get used to, but there’s a certain disconnected feel to his narration that allows your mind to wander to other things (work, the world outside the train/bus, lunch) and not absorb the text of the story, but not really miss anything on the surface either. The book goes through its paces, and eventually ends up in a good place, but, as the title suggests, Nathan’s biggest folly is believing that everything can end happily.