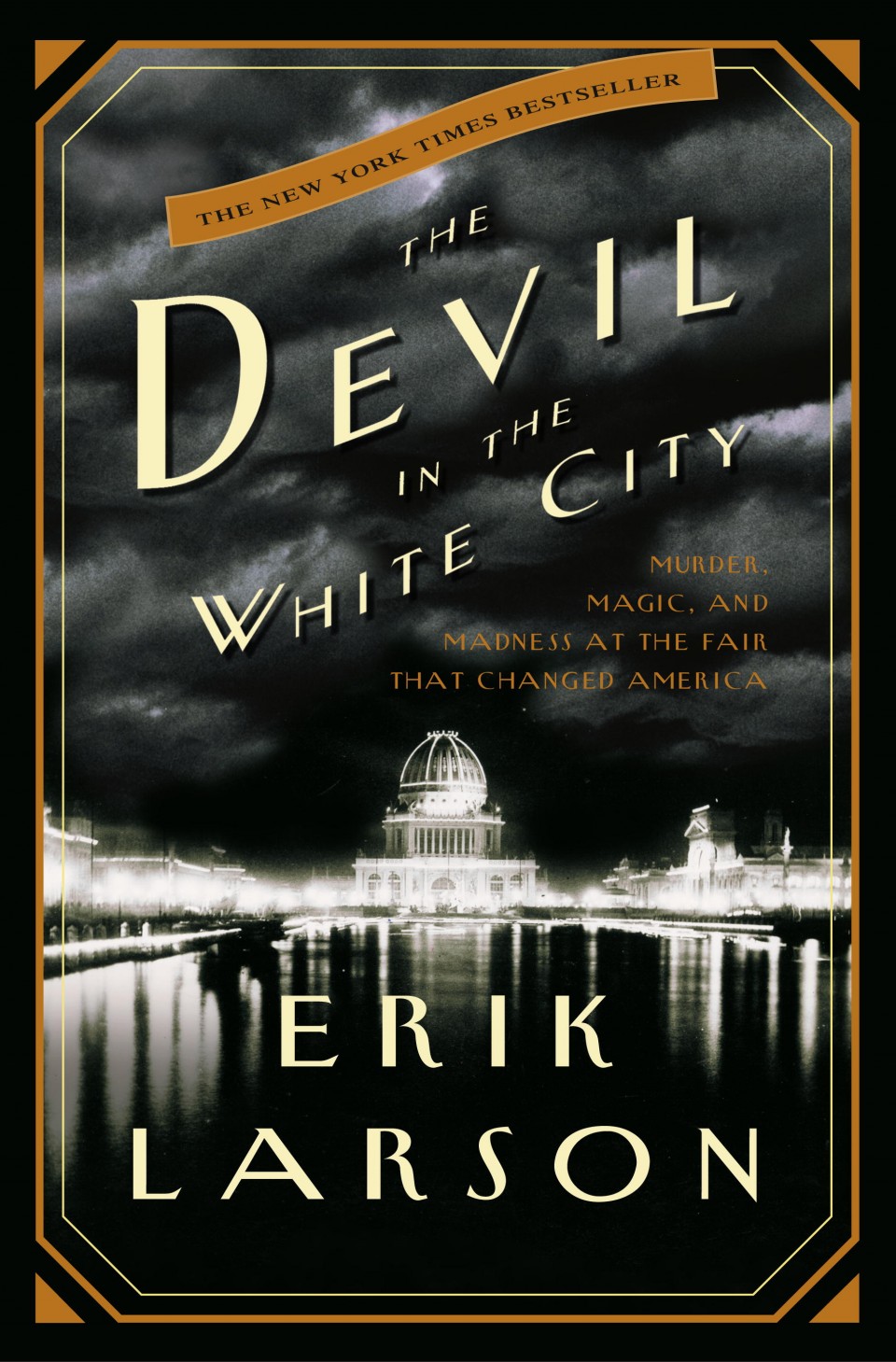 The Devil in the White City

I swear I’ve read like fifty books set at the Chicago World’s Fair. Whether the fair plays a central role, or is just mentioned in the text, it seems to be one of those magical literary locations and times that authors love. With this book it is the central character in many respects. The two parallel stories, that of the architects who built it and the serial killer who skirted around its edges, are bookended by the opening ceremonies and the closing ceremonies that weren’t. The fair becomes a living, breathing thing that affects everyone it touches, and inspires amazing courage and dedication, but also the most evil, base actions one can imagine. The most fascinating part, of course, is that this is a non-fiction story. Larson tells in such a way that one might not think this the case. He teases and hints at things to come, telling the story in a linear fashion that is somehow also circular and ever enveloping. It’s like one of those Russian dolls. It’s an eye-opener about how small the U.S. once was–how provincial and innocent. It’s an interesting study in the evolution of patriotism and civic pride. It is also a study of architecture and even investigative techniques, of which there were very few. It really puts into perspective just how far we’ve truly come in just one hundred years. It’s a tale that is innovative and historical, but ultimately sad. Just as the fair burned and crumbled to dust after its closing, I was left with the sense that most of those associated with the Fair did not in fact end up with happiness or longevity. The book left me slightly depressed. It’s like a deflated balloon, at one point vibrant and fun, and now shriveled, discarded and forgotten. The citizens of Chicago didn’t want to see the magnificent buildings of their beloved Fair fall into disrepair and become the dumping grounds for all matter of thing, so they decided they wanted to burn it in one blaze of glory. If only history could be so easy to gloss over.