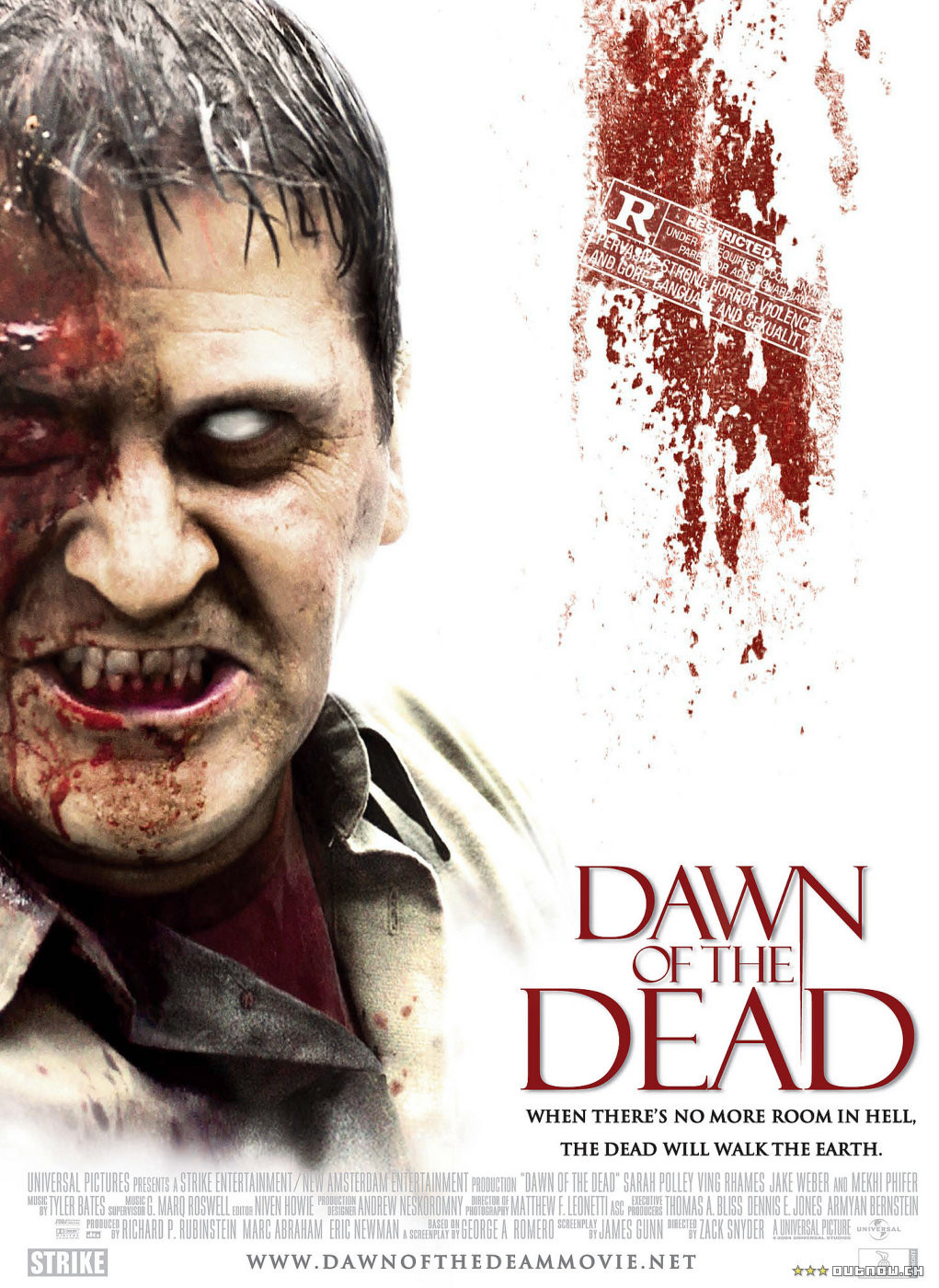 Dawn of the Dead

I know there are zombie movie connoisseurs out there. I am not one of them. I’ve seen a grand total of about two — and one of those was Night of the Comet and the other was an Abe Vigoda movie, so I’m practically an undead virgin, so to speak. I suppose I just don’t get it. More so, I don’t get why some people are so fascinated by this genre. I’m not a big horror buff in general, but at least there’s some mystery to movies like The Ring or The Shining. The mindless killing machine aspect just seems like an excuse to splash the screen with a bunch of red food dye and liver.

I’m not saying this film was completely devoid of entertainment value, but how many times can we watch some poor extra get shot in the head before we’re desensitized to the killing and gore? It was fun seeing people getting hit by cars (despite the really obvious stunt dummies) and some of the shots were cool–especially some of the extreme overhead shots), but those didn’t make up for the lackluster script and obvious low budget.

The main characters find themselves locked in a mall, as the zombies try to get in to eat them. It’s like the movie Career Opportunities, except Jennifer Connelly is a bunch of zombies. And instead of trying to hook up with her in a tent in a locked Target store, they’re in a suburban mall trying to not get eaten by flesh eating devils. Ok, maybe you have to squint pretty hard for that one, but they both require little money in the coffers to film in a retail location after closing.

I assume they were trying to go for a younger, hipper, more diverse crowd by putting Sarah Polley and Mekhi Phifer in this thing, and I guess on that level they managed to make a more pop-culture zombie movie, but it’s still just a gore fest. They even put together an A-Team-like vehicle towards the end of the movie that actually turns out to be kinda fun as they roll over every undead creature in their way. There are just too many repetitive scenes and dead spots to make up for the occasional “wow” moments. Maybe I should go back and watch the classics and work my way up to these more modern tales of horror.