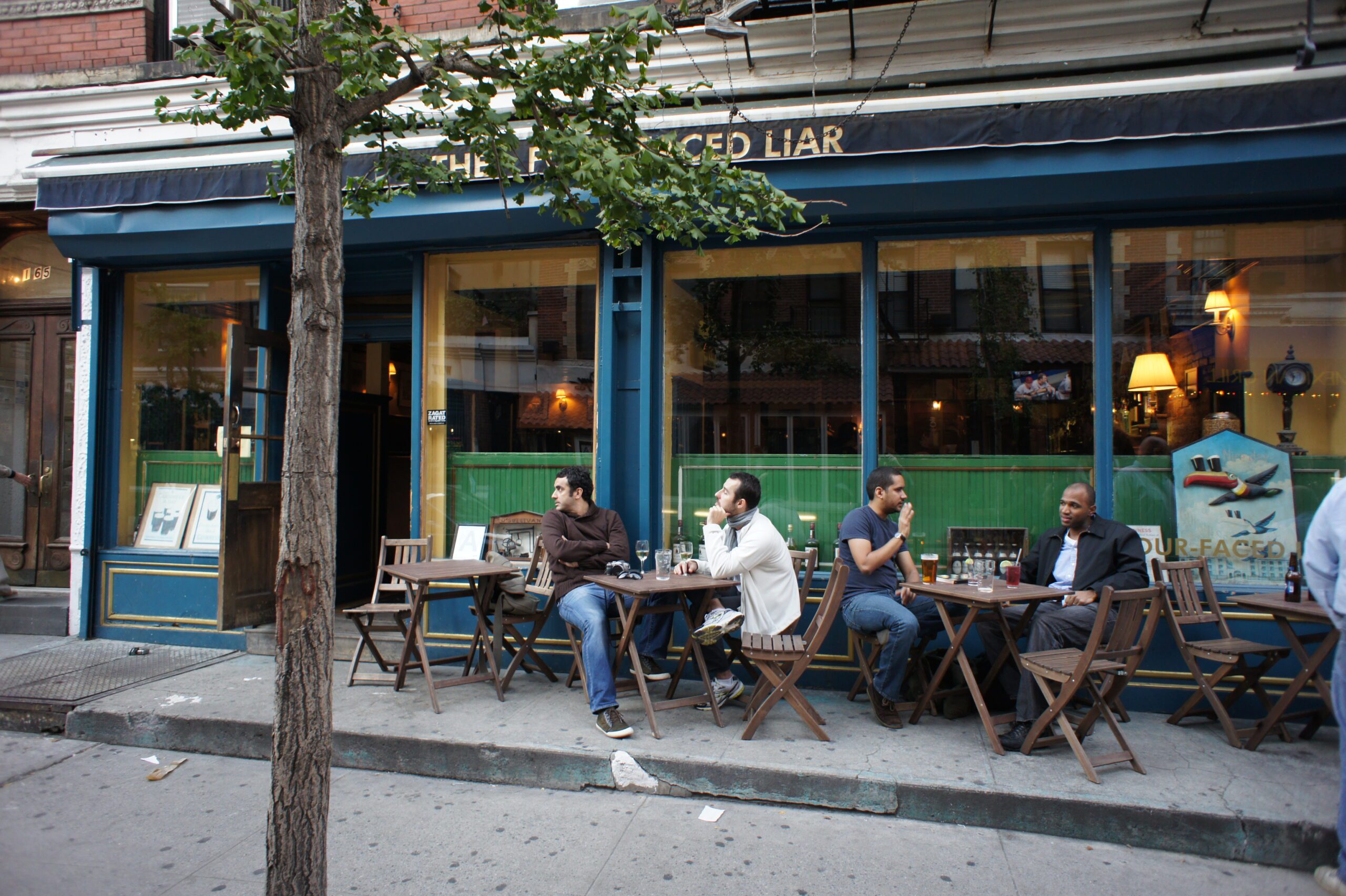 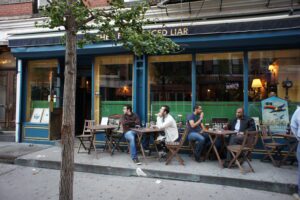 Odd to think the last time I was in this joint was when it was called The Flying Burrito Brothers. Besides that being the absolute worst name for anything ever, the main thing I remember about the place was that they had giant, blaring speakers sitting right over my head that were pounding so hard that they shattered my taco. Well, Four-Faced Liar is worlds away from TFBB in both cuisine and ambience. In fact, a little more of the boom might have been a welcome distraction to the overwhelming yawniness that its personality inspired. Sure it’s low-key. Sure it seems semi-authentic, even there amongst the horrid wasteland of 4th Ave. But if I wanted authentic I’d get into my time machine and travel back to 2000 when I sat in Irish countryside soaking in the almost silent atmosphere of a truly authentic Irish pub whilst being stared upon by both a fox AND a pheasant in a box. Nobody in NYC is looking for a real Irish pub — especially in that neighborhood. They want the American equivalent. After all, if the pizza joints in NYC served real, Italian pizza instead of the American version of it, we’d all be super-sad and disappointed, and if Chinese restaurants served what you’d find in rural Mainland China instead of General Tsao’s Chicken, we’d all be puking our guts out to the tune of “March of the Volunteers.” It’s not to say The Four-Faced Liar isn’t a pleasant place, and does evoke a bit of the old country with its understated atmosphere and decor, but sometimes-rustic just goes to that side of snoozey. [MF]