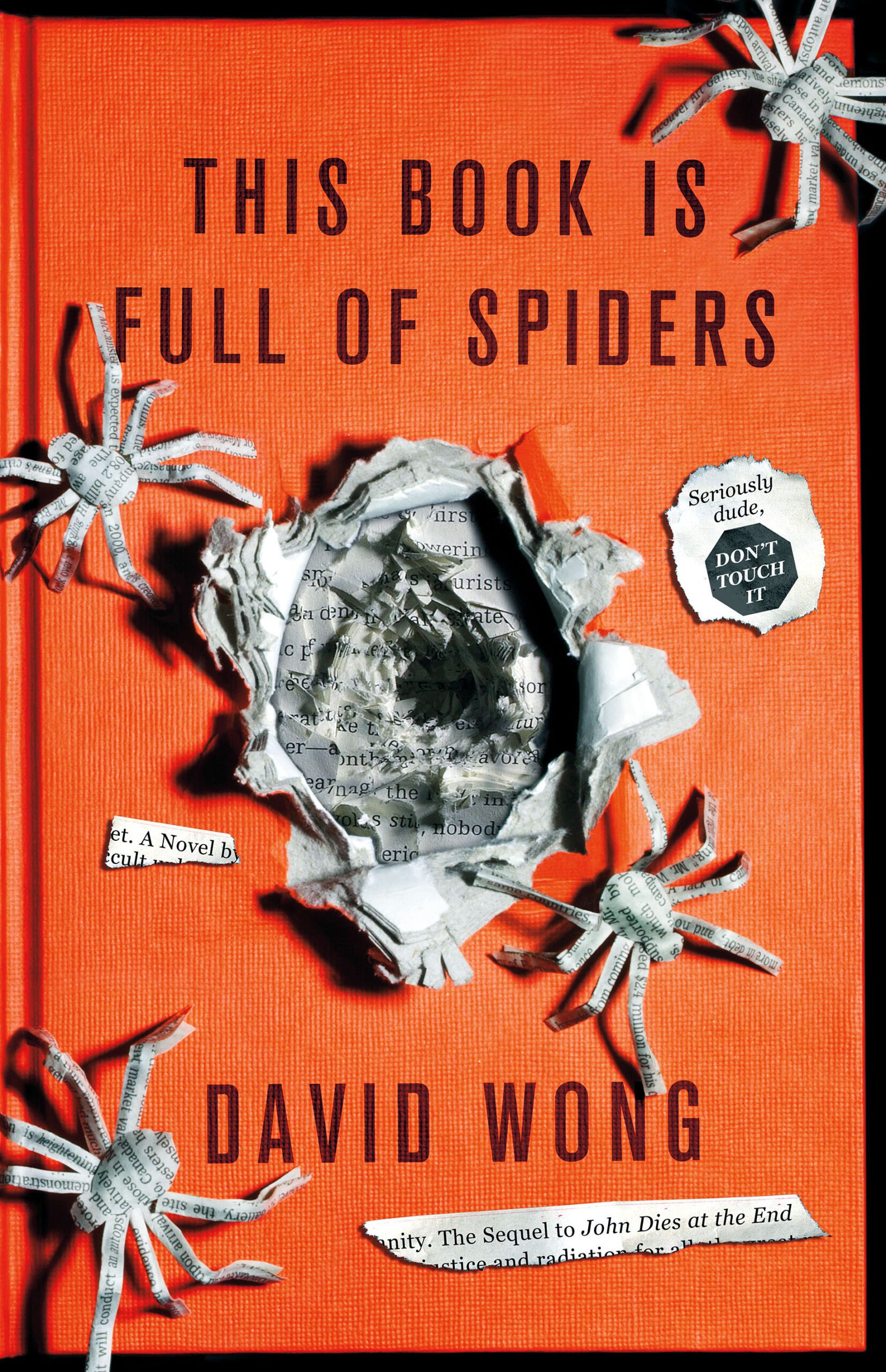 This Book Is Full of Spiders: Seriously, Dude, Don’t Touch It

I have had it with these motherfuckin’ spiders in this motherfuckin’ brain! Yeah, you’re almost waiting for one of the characters in this “horror” book to utter this completely overblown line from the overblown 2006 film about reptiles on a passenger aircraft. Because our two moronic protagonists, John and Dave, are back from their first adventure, John Dies at the End, and this time their town is overrun by some sort of parasitic spider creatures that turn the inhabitants of said unnamed town into zombie-like freakshows. And, like any good zombie epidemic, the government, or a pseudo-government agency, quarantines the town, moves in and attempts to eradicate the issue before it spreads beyond its borders. There really isn’t much in this book plot-wise beyond that.

As I mentioned with Wong’s first novel, genre-wise, this isn’t in my wheelhouse by any stretch. I tend to read depressing shit about men in crisis and occasionally some freakish post-modern novels filled with nonsense that include things like pages of scribbles or nothing at all. But after readingJohn Dies at the End, I realize I don’t have to stick to a genre in order to prove that I’m a snobby douchebag who would never deign to read anything without an overwhelming feeling of importance about itself. Granted, the last book I read before this one was written by Stephen King, so perhaps my cred is slipping a bit.

What I did like about John Dies at the End, though, was its non-linear twists and turns, its almost post-modern narrative structure that hopped around, changed perspectives and basically fucked with the reader at every turn. This book is a much more straightforward affair. The character focus does swing around a bunch, but is told from a pretty traditional third-person perspective. The timeline is pretty linear-ish and the plot, as I mentioned above, is your run-of-the-mill zombie tale where friends are separated and desperate to find each other before they either become zombie food or a government drone drops a sidewinder on their heads. There is also a bit of a more serious tone to this book. It’s not dark-dark, but it does delve into some pretty serious stuff. That, in and of itself, differentiates itself from the typical brain muncher story, but is a bit of a departure from the first dumb and dumber adventure.

Of course what really makes the book sing is David Wong. He could write a typical love story — which this is in some ways — and make the thing fun and quirky and laugh-out-loud funny just in his manner of telling it. His description of the relationship between Amy (the one handed chick from the first tale) and our protagonist, David, is actually sweet at times, which is surprising given his general disdain for anything mushy and his cynicism toward just about everything else. That relationship, along with the bro love between David and John, is at the heart of this book. A man, David, imperfect in many ways (but trying), who is, despite it all, loved beyond words by his two best friends who will do anything to save him. It is interesting and surprising in several spots where Wong takes a break from the snarkiness to reiterate and fortify this point.

So while this novel didn’t provide the wide-ranging wackiness and all-out inventiveness of Wong’s first attempt, he certainly put enough of his voice into its writing that fans will love it, and new idiots to the genre, like myself, will eagerly await whatever he writes next. It’s pretty cool when an author has a true voice in his stories, and Wong has, through his namesake character, created something more complicated and deep than you’d expect based on how much you laugh and what you’d expect from the genre.