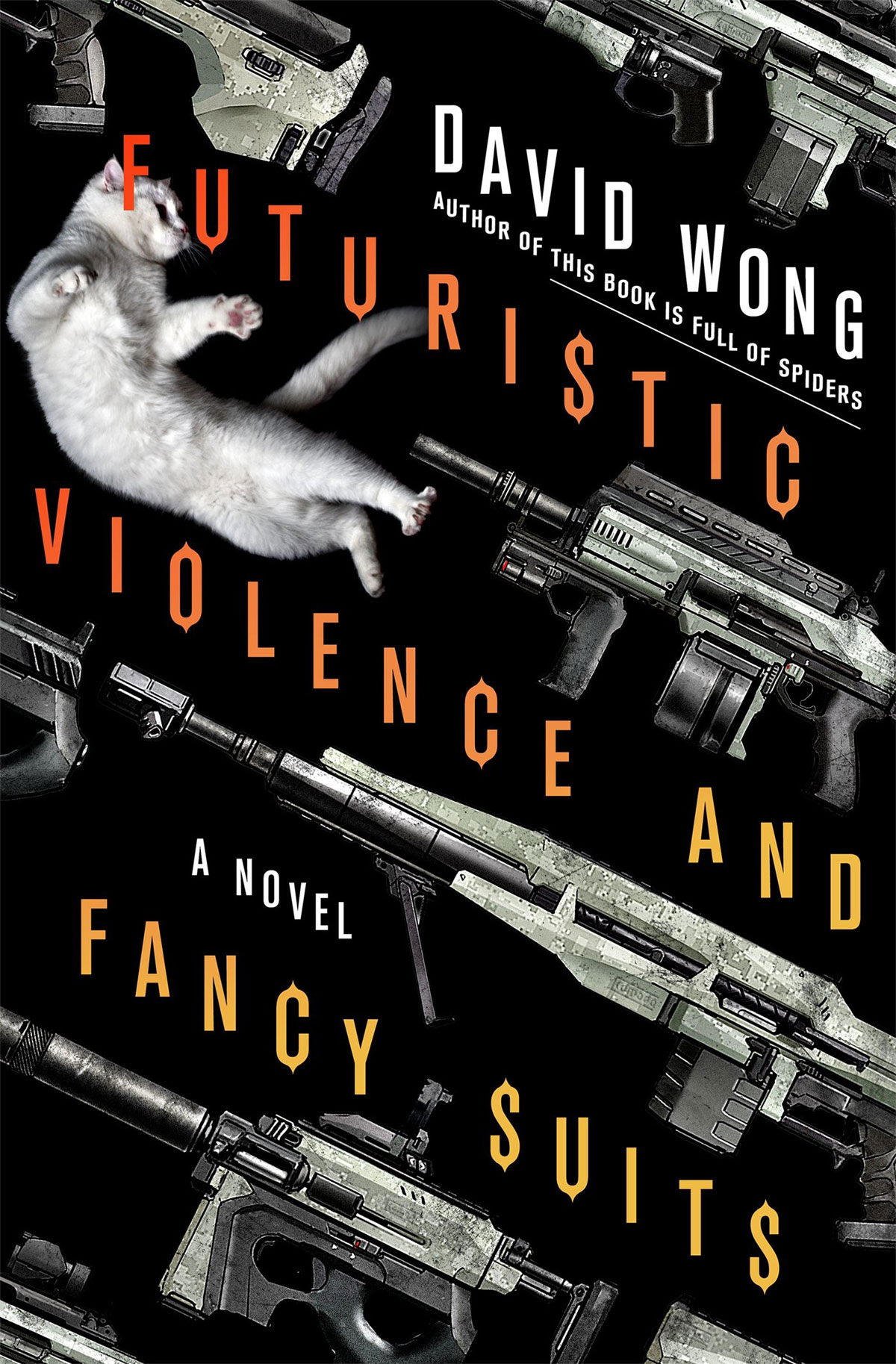 I may have gone one too deep in the David Wong (aka Jason Pargin) canon. Granted, including Futuristic Violence and Fancy Suits, his canon numbers three. First there was John Dies at the End. That novel was fun and funny and mixed and matched post-modern and horror and comedic genres in a really great way that felt fresh and new to me. Then came the sequel, This Book is Full of Spiders. It was less funny and less fun. It wasn’t bad per se, but quite a comedown from his debut. So now, with his third novel, he’s left the “John” universe of modern-day suburbia and moved into a future society that he uses to purportedly make hay of what he feels is our headlong spiral into uncontrolled narcissism and consumerism. This, unlike his past books, pushes out into the larger sphere of the world and the pretty cynical and bleak outlook of what that world will become based on our current habits.

The thing is, despite this being set in the future, the book somehow feels dated. This is always the issue with books set in the future, I suppose. Write about tech that’s supposed to be “futuristic,” and even a year after its publishing, when some of the tech becomes reality, things kind of feel dusty. Also, Wong’s writing. While I was originally impressed with his first book, this one, in way too many situations, is too cute by half. He tries to create dialogue and situations that he thinks will be funny and/or entertaining, but often times, like a comedian trying out his act in a smaller club in order to hone his delivery, the stuff falls flat. He tries zingers, but they often come across as crude or obviously not worked over and thought through the way his older writing was. Like he’s working to establish these characters on the fly. Whereas his John and Dave characters in his first two novels feel like he knows them inside and out, these characters (who are more like caricatures) feel flat and forced at times. It’s nice that he tried to deliver a female protagonist in Zoey Ashe, but she ends up essentially being the equivalent of a bro with boobs and nothing like any woman I’ve ever come across. Maybe that’s the point, but there’s nuance missing there that existed in his earlier work.

So, why the cat and the guns on the cover? And why fancy suits? Well, there’s a smelly cat that belongs to the aforementioned protagonist, Zoey Ashe. She’s a lazy, overweight (but with nice boobs, apparently) young trailer-dweller stuck in a dead-end job and with no apparent motivation to either make her cat unsmelly or change her life. Enter the weird hitman-like guy who comes to murder her while broadcasting his doings on some sort of worldwide social, video network. It’s not Periscope or Facebook Live or anything, but it approximates those services, but is apparently what people live for and dwell on day and night. The mystery to her, of course, is why she would warrant an assassination attempt? She soon finds out that her father, whom she knew very little of growing up, became a big-wig in the lawless, but Vegas-like city of Tabula Ra$a. He was recently murdered and apparently left all of his mounds of money to her. Of course she’s the last to know, but a price has been put on her head by a gang of thugs who need her to unlock his riches so that they may pilfer them. Forces loyal to her father (the dudes with the guns and the fancy suits) — whose wealth was built upon your typical Vegas-like legal/not-legal mound of debauchery — come to her aid, but their motivations are also always in question. The scene moves to the wacky city of Tabula Ra$a, and if you couldn’t tell by the dollar sign in the name, it’s all about money and greed and consumerism and some vague notion of what Wong possibly thinks are our base wants and needs? Anyway, we meet the group trying to protect her and the group trying to kill her — including the antagonistic group’s charismatic, but psychotic, leader, Molech — and violence and explosions and drinking and some gore and some sex ensue. And that’s really the crux of the book. Guys trying to kill Zoey and Zoey trying to not get killed.

The thing is, the book is silly. And I don’t mind silliness, really, but it feels like Wong is sitting (most likely stoned, though I have no actual insight into that point) with a couple buddies and is like, “Oh, you know what might be cool? Like, how could we explode a dude’s crotch?” It just feels sophomoric and goofy and not at all the deep, biting satirical piece about society that I think he thinks or he wanted people to think it is. He just constantly goes for the cheap dick joke or scatalogical nonsense. And when those don’t seem to work, he goes for the gross-out. It’s like a Farrelly Brothers movie, where they look at the script and have to make sure to have at least one diarrhea, jizz or fart scene (and, in Wong’s case, dismemberment) every 20 pages. The man loves to maim his characters and generally talk about their digestion issues. Look, I don’t want to besmirch a book that some may find incredibly entertaining, but I’m starting to get the sense that my love affair with comedic futuristic books (see Three Days in April) has come to an abrupt end. It’s a weird thing, because I find thought-provoking sci-fi movies to be pretty awesome, but I just can’t get into it in books for the most part.