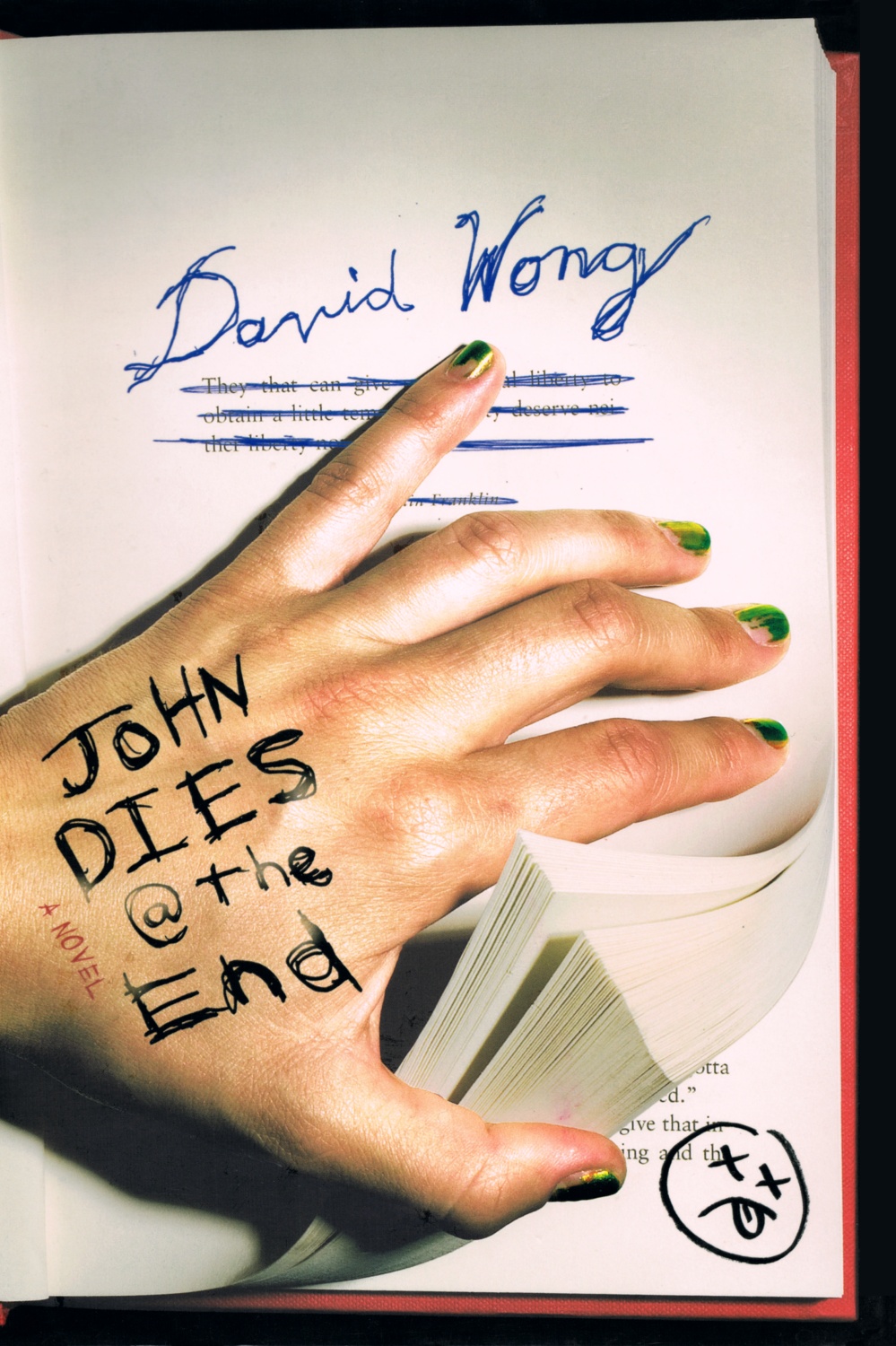 John Dies at the End

I decided with this one to break out of the box and read something outside of my typical genre. Granted, I’m not sure this is really anyone’s genre. After all who out there is really into the comedy horror thing? Sure there are movies like Evil Dead II, Re-Animator, Shaun of the Dead and on and on, but those rely heavily on site gags that obviously don’t translate to the black and white E Ink of my Kindle. And this book is kind of a weird combo of monster, horror, sci-fi and mindfuck goofball sort-of comic thing. It doesn’t have the thing lurking in the closet creepiness that some of the old Stephen King books have, nor the big plot twist that you’d find in a Philip K. Dick novel, but is more of a mashup of those genres with a ton of almost cartoonish splatter and a bunch of Rick Baker creatures.

Trying to explain this thing is next to impossible, as it meanders every which way, has all sorts of dimensional and time craziness, an unreliable narrator and some things that are left kind of unresolved. Even the title, John Dies at the End, is a lie, as is the book’s author’s name. Sorry, **SPOILER ALERT** So what are we to take away from a novel (relatively lengthy at four hundred some-odd page) that had its genesis given away for free on the Internet and written by the editor of the comedy site, cracked.com? I guess one thing we can say is that the thing was so popular that it was snapped up by a publisher, edited a bit and released as an actual publication. And then, of course, turned into a motion picture. (Calling it a “major” motion picture would be an overstatement, but I’m sure it’ll be one of those cult films that horror fans will flock to see in bummy movie theaters around the country.)

So the short synopsis is that these two slacker-types (think of the dudes from Clerks, which seems like an obvious source of inspiration) somehow get their hands on this stuff they call “soy sauce” that opens to them what is essentially a window into another world. Or a parallel world. The problem with this word is that it’s filled with really creepy shit. Monsters and weird humanoids and soulless doppelgängers and something that I can only equate with Sauron from Lord of the Rings. There are numerous exploding heads, some shootings and lots and lots of stuff coming to life that shouldn’t otherwise come to life. The whole story is narrated by David Wong as David Wong (who, like the book’s author, is also not in any way Asian) and told for the most part to a reporter in a restaurant in a kind of flashback. We understand through his own narration that he, David, is holding stuff back from this reporter, so he is in turn holding stuff back — or just straight out lying — to the reader as well. That certainly adds to the imbalance we feel throughout the book when descriptions of other characters’ motivations are described — especially those of his friend John, whom he seems to both love and admire, but also distrust and fear. In addition to this soy sauce allowing them to peer into this other world, it also gives both David and John, his partner in crime, ESP or clairvoyance, which allows them to be two steps ahead of the malevolent forces that are gathering against their unnamed town and humanity in general. Though the soy sauce seems to only have this temporary effect and wears off like any drug, but leaves them with what I guess could be called lingering effects that still bring the evil world into theirs.

Along the way we’re introduced to some fun characters, including a one-handed love interest, a dog that seems to never die and a bunch of other folks from their town, all of whom are given mostly sarcastic, assholeish nicknames. Working our way through these characters makes for a great read, as we know that each one who is introduced is most likely going to die in some more and more horrific way. But once we’re kind of thrust into the underworld of the parallel universe toward the end of the main story, things get a little mixed up and garbled and overly weird. There are certainly a lot of the little plot devices in here that have been borrowed from other horror and sci-fi movies and/or books, but mushing them all together makes the book feel pretty original in its bizarreness. Wong’s writing, while certainly not top literature, does a good job of conveying a scene and getting to the heart of his first person narrative. And I do love the snarkiness that he manages to keep up throughout the book. That much sarcasm is hard to throw out there, while maintaining the balance with the reader. I can’t say I’m going to go now and seek out books of a similar genre, but I will certainly read the sequel to this one so I can hang out with David and his stoner bud John for another adventure into the underworld.