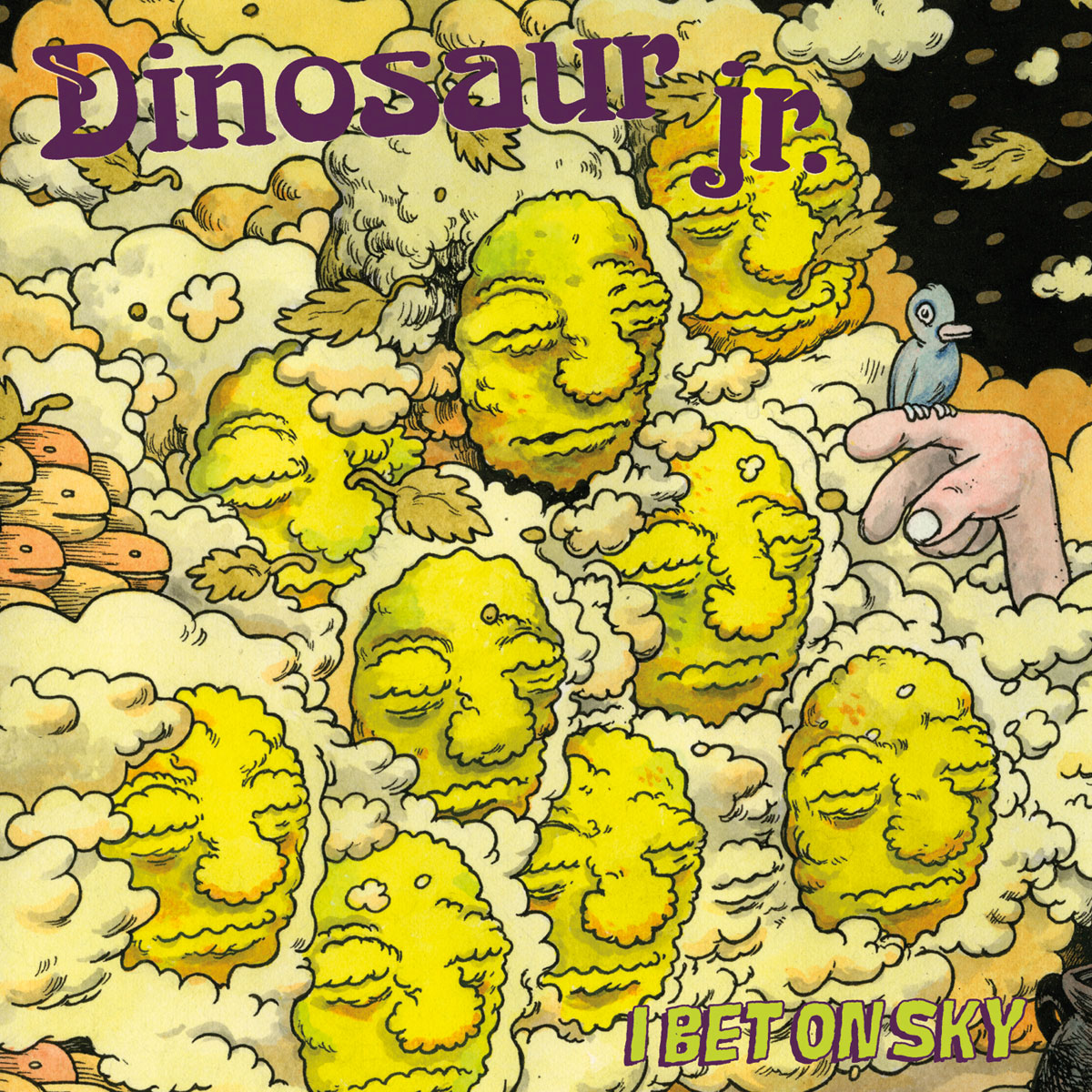 Dinosaur Jr.: I Bet on Sky

One could almost call Dino Jr. prolific at this point. This, their third album in five years since reuniting, feels like much more of a collaborative effort right out of the door. Normally, as a fan of Mr. Barlow and his former band Sebadoh, I’d say this was a good thing, but listening to the songs Barlow has written in the past 15 years may assuage me of that opinion. There’s a funny formulaic feel to the thing that has these kind of standard rhythm section things going on and muted guitars and kind of a lot of unison singing that I’ve heard on other Dino Jr. stuff, but seems to be in abundance here. It adds to a heaviness that the whole things embodies. Not that the band hasn’t done heavy before, but there is more of a mid-tempo slog here, a denseness that I’m not used to with their stuff. Maybe it’s the production, or perhaps a matter of the rhythm section being more and more a part of the band as they move again into the world of a trio and not the J Mascis show. Some of what I think they call syncopation just sounds wrong in their songs. Sure they have thundering drums and whatnot, but some of the choices feel almost like some of the more out there Pearl Jam songs than they do classic Dino Jr. Of course even with the weird drumming and halting whatever, all their songs are wrapped in the velvet of J’s sweet, sweet guitar. So the songs don’t ever feel that far afield, just as if they got a couple new band members that are trying to put their dent in the proceedings.