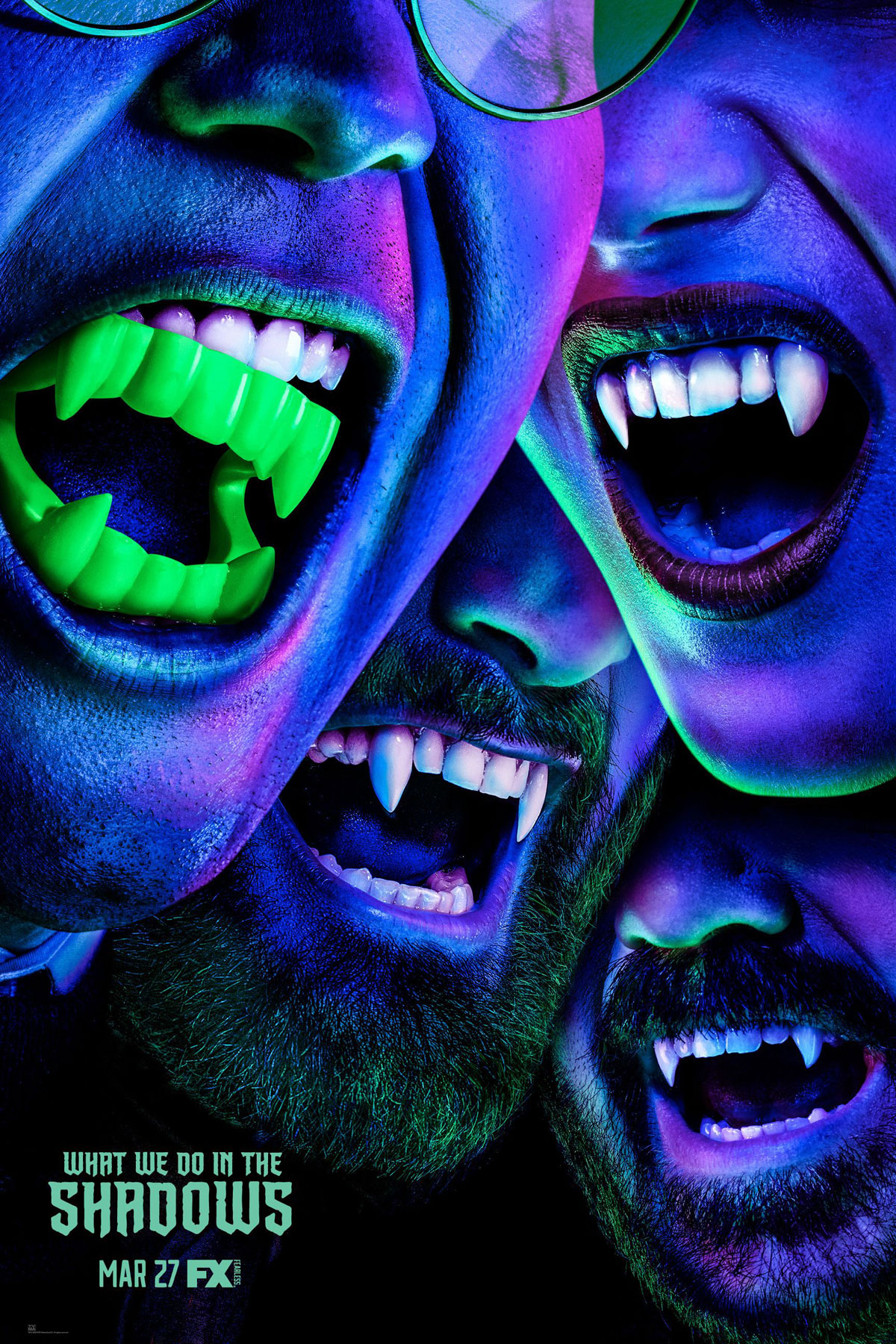 What We Do in the Shadows: Season 1

Not since Love at First Bite have vampires been so damn funny. Okay, this group of bloodsuckers is way funnier than the Dracula character in that 1979 George Hamilton vehicle, but generally it’s hard to make a gang of murderous undead a laugh riot. But our friends from New Zealand, Jemaine Clement and Taika Waititi, managed to transform their feature film of the same name in this amazing little series.

Moving the original New Zealand location to Staten Island (which was actually filmed in Toronto, of course) was kind of the first Americanization of the series. I had the movie in my queue forever and am not up on my New Zealand humor, but if Clement’s awesome Flight of the Conchords series is any indication, Staten Island and its inferiority complex with the other boroughs is a perfect stand-in for the provincial nature of NZ and its lowly relationship with its Australian neighbors. As you can imagine, there are a lot of jokes at Staten Island’s expense throughout the series. And I’m totally here for that.

The series is almost set up as a workplace comedy. Or like a demented version of Friends. You have this house in which four vampires reside. Three are “real” vampires and one, Mark Proksch (Nate from The Office), who is a an energy vampire. The three must obviously only walk around at night, feed off of humans and generally do all the stuff vampires must do (avoid crosses, holy water, etc.). But in the 21st century with all its silliness. The energy vampire, Colin Robinson, has a day job in a cubicle farm and his thing is that he literally bores the shit out of people and/or annoys them with his constant circular stories or arcane references to things nobody cares about. Thus draining them of their energy. The others in the house don’t like him, as he can drain their energy as well, but for whatever reason they keep him around. They are all remarkably stupid.

Thrown into the mix is Guillermo, the main vampire, Nandor’s, “familiar.” He is the human assistant who does typical personal assistant stuff (including disposing of bodies that the vampires have drained, buying body glitter, etc.) and can also do stuff during the day when the vampires are sleeping. His goal is to be turned into a vampire by Nandor, but he’s been working for the guy for like ten years and it doesn’t seem like it’s going to happen. Because of the mockumentary nature of the show, he’s the one who does eye-roll asides and essentially acts as our guide in this weird world. He’s our Jim.

Nandor (our Michael Scott), the leader, is kind of an oddly naive dude who is both powerful and kind of stupid. He’s hundreds of years old and comes from maybe somewhere in Persia. At one time he had tens of wives and conquered stuff, but now he has this small band of bumbling vampires and spends his time at the party store planning for vampire get togethers, trying to get his American citizenship and being super uncool at the club. He was sent to America to conquer the new world, but so far he’s only “conquered” one block in Staten Island. The other two vamps, Lazlo and Nadja, are a couple who have their typical issues. He has a topiary garden with giant bushes shaped like the vaginas of dead loved ones and she seems to always be pursuing the reincarnated soul of her dead lover, Gregor, whom she has found in the body of a Staten Island parking garage attendant. They too aren’t the brightest bulbs.

Anyhow, the episode plots involve them meeting up with other vampires who are always more hip and with it than they are, more successful in their endeavors. They host a very important vampire from Europe and try not to fuck that up. Nadja turns a lonely college student (Beanie Feldstein) and tries to train her in vampirism with very mixed results. It’s literally a situation comedy. And it’s amusing as hell because these aren’t typical people and their situation is singularly unique. There are surprising bursts of gore and violence (but in like a cartoonish Tarantino way) and really well-drawn characters that obviously don’t have to conform to typical sitcom tropes.

The sense of humor is what’s really different, however. You’re asked to laugh at the absurd and the subtle. The jokes aren’t jokes per se, but a ton of really well-done site gags and a ton of character interplay. For instance, there’s this whole scenario where a new woman, Evie Russell, starts at Colin Robinson’s work. He’s usually the guy going from cube to cube sucking the life out of his co-workers with his banal stories, but soon realizes that everyone who goes by Evie’s cube ends up walking away crying. It turns out she’s an emotional vampire, feeding her comrades stories about her dog dying, her neighbor’s husband being killed, her aunt dying, etc. She’s a misery chick. And now he has a rival, but they also end up dating and it becomes a whole thing. The scenario is obviously absurd, but hysterical both because we all know people like this and wonder what it would be like if they were set up to torture each other. Create the situation and play it out.

Anyhow, this seems like the perfect type of series to binge if you didn’t watch it live (like I did). It’s uncomplicated, but very well written and adult. The one thing that is a little oppressive is how dark the show is. Not in the mood sense, but in the literal sense. Since most everything takes place at night, there is quite a bit of squinting if your television is in a bright room. Although I suppose shooting everything in half-darkness makes it easier to disguise Canada for the US. I don’t know, the show is just remarkably entertaining and fun. And I’m excited if they make a second season. Like, now, please.