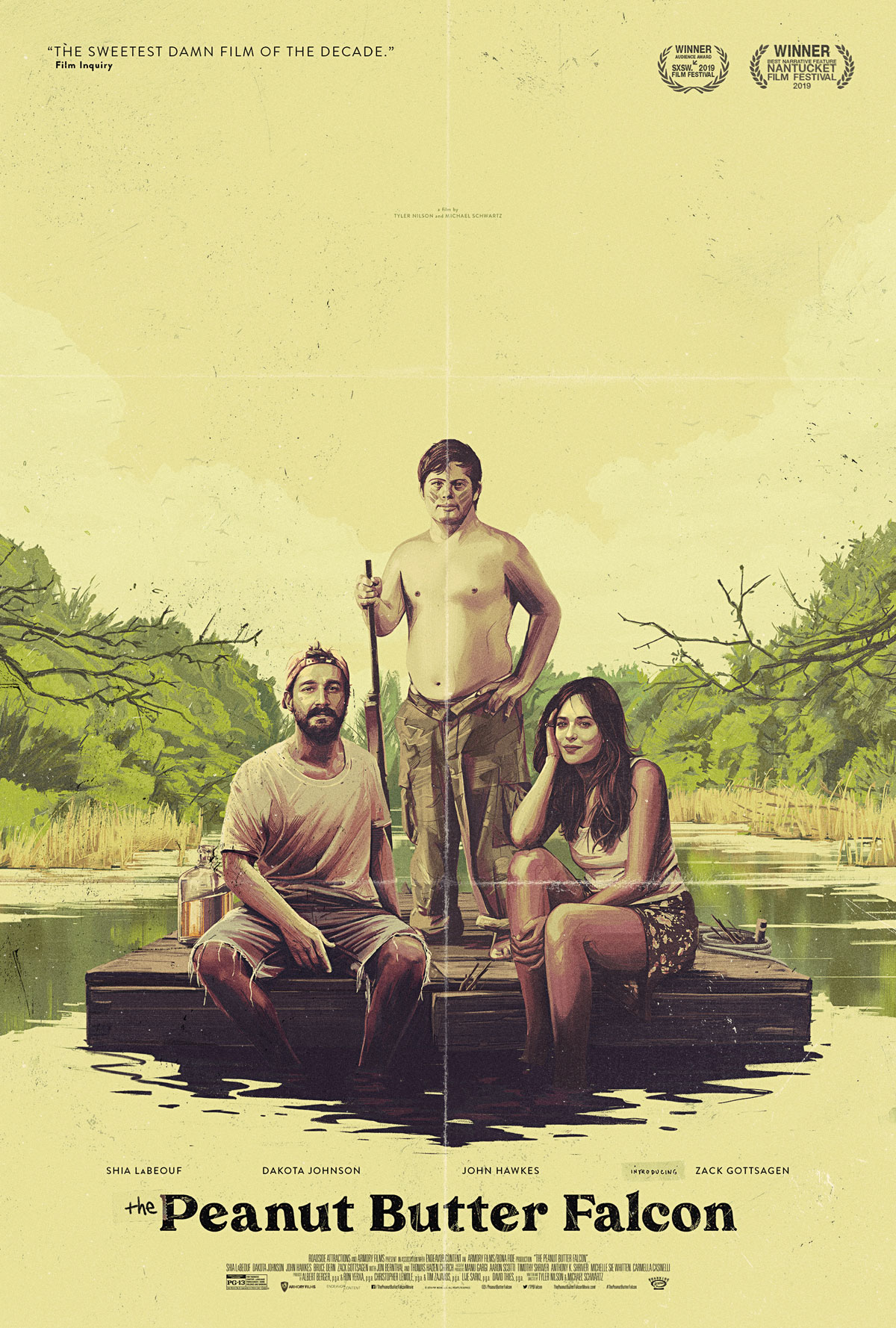 I know Shia LaBeouf catches a lot of shit for, well, being Shia LaBeouf. Granted, he’s certainly had his share of meltdowns and participated in a lot of nonsense, but, hey, he’s a complicated guy. He’s also a talented one. I challenge anyone to not enjoy his turn as Sam Witwicky in Transformers. His energy is frantic, but infectious. And while his teenage suburban nebbishy reluctant hero certainly played to his strengths at the time, it’s shocking now that he’s able to play a down-on-his-luck southern crab fisherman just as convincingly. But this isn’t all about him — mostly.

Look, there is very little that is good in this world right now. As I’m typing this I’m watching a movie where a child is being stabbed to death. And the president is typing shit in all capitals on Twitter in response to his predecessor whom I miss very much. It’s all garbage. And most media is about good people doing bad things or bad people doing bad things. Or children getting stabbed to death. So I went for the cheap high. I went for the feel-good film I knew would end where I needed it to end and would leave me feeling that the world isn’t all a complete dumpster fire.

It all starts with a super-simple plot. A young man with Down syndrome, Zak (Zack Gottsagen), has been dumped in an assisted living facility in Richmond, VA. He’s obsessed with this old VHS tape of a wrestler named the Salt Water Redneck (Thomas Haden Church) who advertises his wrestling school in North Carolina. He plots and plans to escape the facility in order to run away to the school, but is watched over by a concerned staff member, Eleanor (Dakota Johnson). With the help of his roommate (Bruce Dern), Zak eventually manages to escape. Simultaneously, Tyler (LaBeouf) is running from some scary dudes to whom he owes money after stealing their crabs and setting some of their gear on fire.

Lo and behold, the two men run into each other and a beautiful friendship blossoms. We learn that Tyler once had an older brother, Mark (Jon Bernthal), who was his best friend. His sherpa, so to speak. It’s not even remotely subtle, but clearly he feels he owes a debt and is going to take this “kid” Zak where he wants to go, even if it slows him from his goal of getting away from these dudes and to Florida, where plans to settle, start a business somehow and eventually retire in paradise. Meanwhile Eleanor is also in hot pursuit, charged with bringing Zak back to the home before the state realizes he’s disappeared.

The first thing that I’m happy about is that they cast a person with Down’s to play Zak. They could have easily cast a standard actor and branded him “slow” and just done that. It would have been a totally Hollywood move. But it would have ruined a lot of the authenticity and sweetness that came across. Granted, it would have been nice if they could have found someone younger to play the Zak character, who is supposed to be 22, but is actually around 35. I’m not sure anyone is fooled by the Andrea Zuckerman of it all, but Gottsagen is a charming performer who seemed to form a great bond with his fellow actors and certainly embodies the physicality of the wannabe wrestler character he’s playing.

Ultimately the movie gave me exactly what I needed. At a breezy 97 minutes, it got in, got out and left me with a warm spot in my heart. It’s a small tale about humanity, the bonds we form and believing in the potential in everyone. Sure, that sounds saccharine, but it manages to respect its subjects and not give in to overly sentimentalized garbage. I mean it’s sentimental, but treats the symbiotic relationship between the two men in the story as truly symbiotic and respectful. And in this day and age, that’s a pretty great thing.